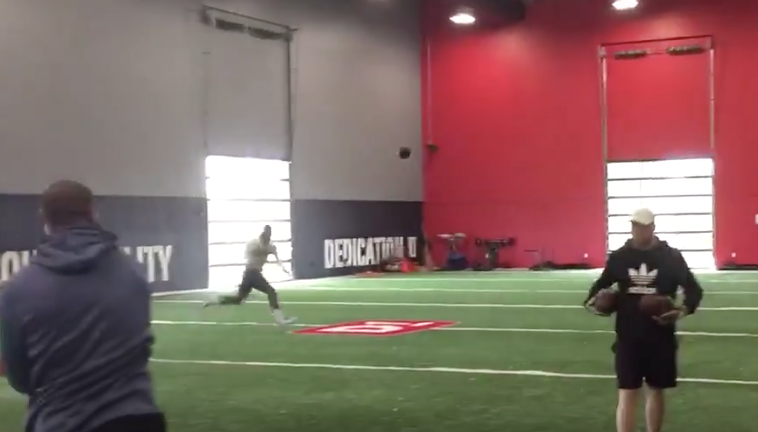 It’s been roughly two-and-a-half years since Dez Bryant last played in an NFL game, but don’t be surprised if he ends up back in the league this season.

Bryant has been coming back from a brutal Achilles injury he suffered in practice with the Saints, before he could even play in a game with the team. In fact, his last game option came with the Cowboys — the team he started his career with.

And don’t be surprised if he ends up back there.

Bryant has made it clear he wants to return to the Cowboys, and they haven’t ruled it out, as the team makes its push for a Super Bowl this upcoming season. Dez was even spotted working out with Cowboys quarterback Dak Prescott and running back Ezekiel Elliott, sparking rumors of his potential return.

Hopefully the power trio practiced social distancing before, during and after their workout.