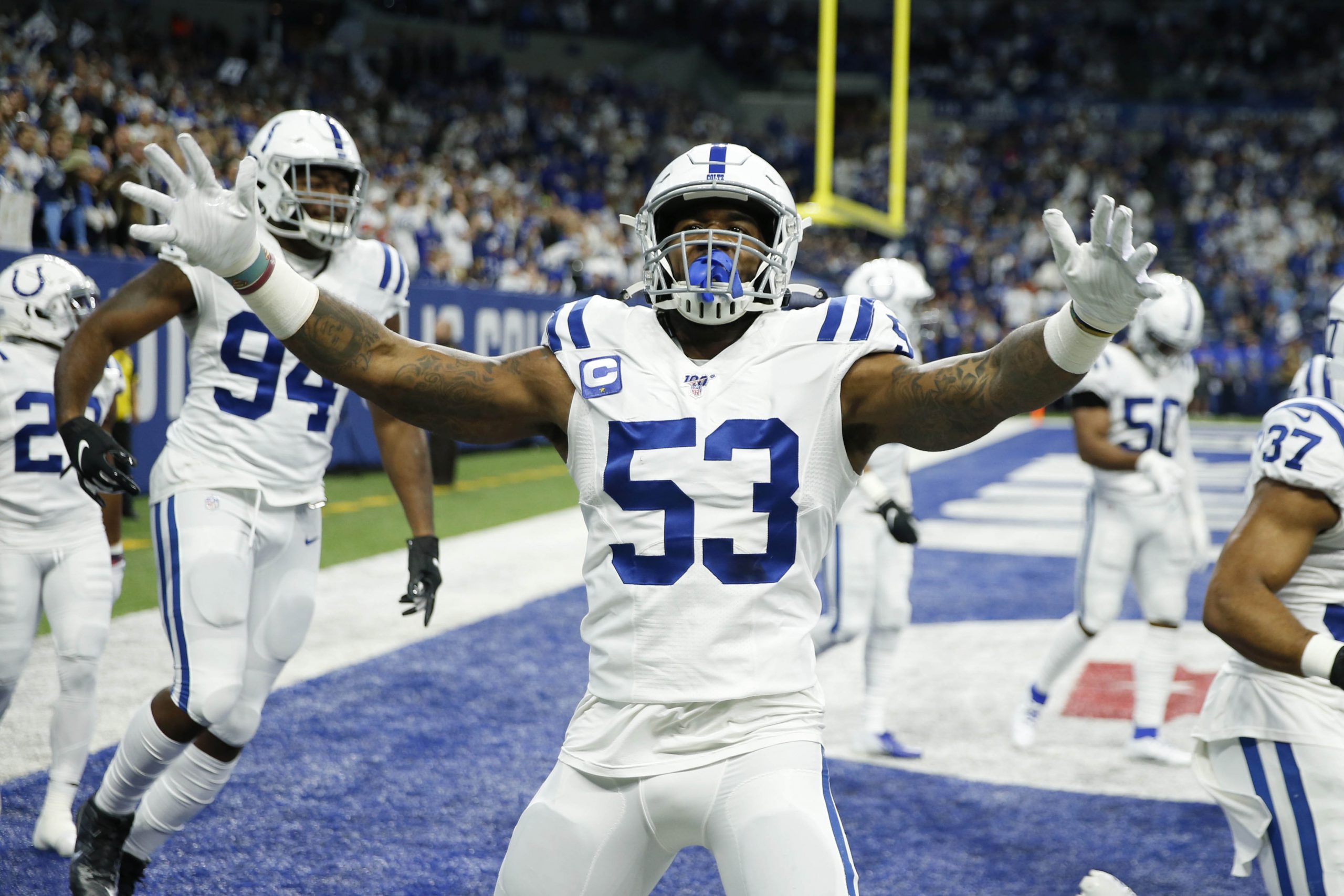 The Colts got taken to the woodshed at the Superdome on Monday night — in front of a national audience, no less — and the team’s biggest star on defense is none too pleased about it.

Indianapolis got eliminated from playoff contention in the worst way possible, via a 34-7 drubbing at the hands of the New Orleans Saints.

And it wasn’t just the score that stung, either. The Colts found themselves on the wrong end of history — twice. Quarterback Drew Brees tossed four touchdowns in the game, the third of which saw him eclipse Peyton Manning for the most in NFL history (340). Not only that, Brees also set a single-game record for highest completion percentage in a game (96.67%), as he was a ridiculous 29-of-30 passing.

Colts linebacker Darius Leonard was not happy about it, and he shared how he felt in speaking to reporters after the game.

“This sucks. I want this taste out of my mouth. I don’t want this feeling ever again,” he said, via The Athletic.

“It’s gonna make the offseason all that easier. You’re losing … that’s an extra edge. Who loves to lose? Nobody. It’s not gonna be hard in the offseason to say, ‘OK, what do I gotta do to get better at?’ Because you’re losing ballgames. Last year, we’re coming off a hot streak and lost in the second round. And now, we’re not gonna be in the playoffs, and it sucks.”

It sucks for Colts fans as well, as their team qualified for the playoffs last season, but won’t be returning next month.