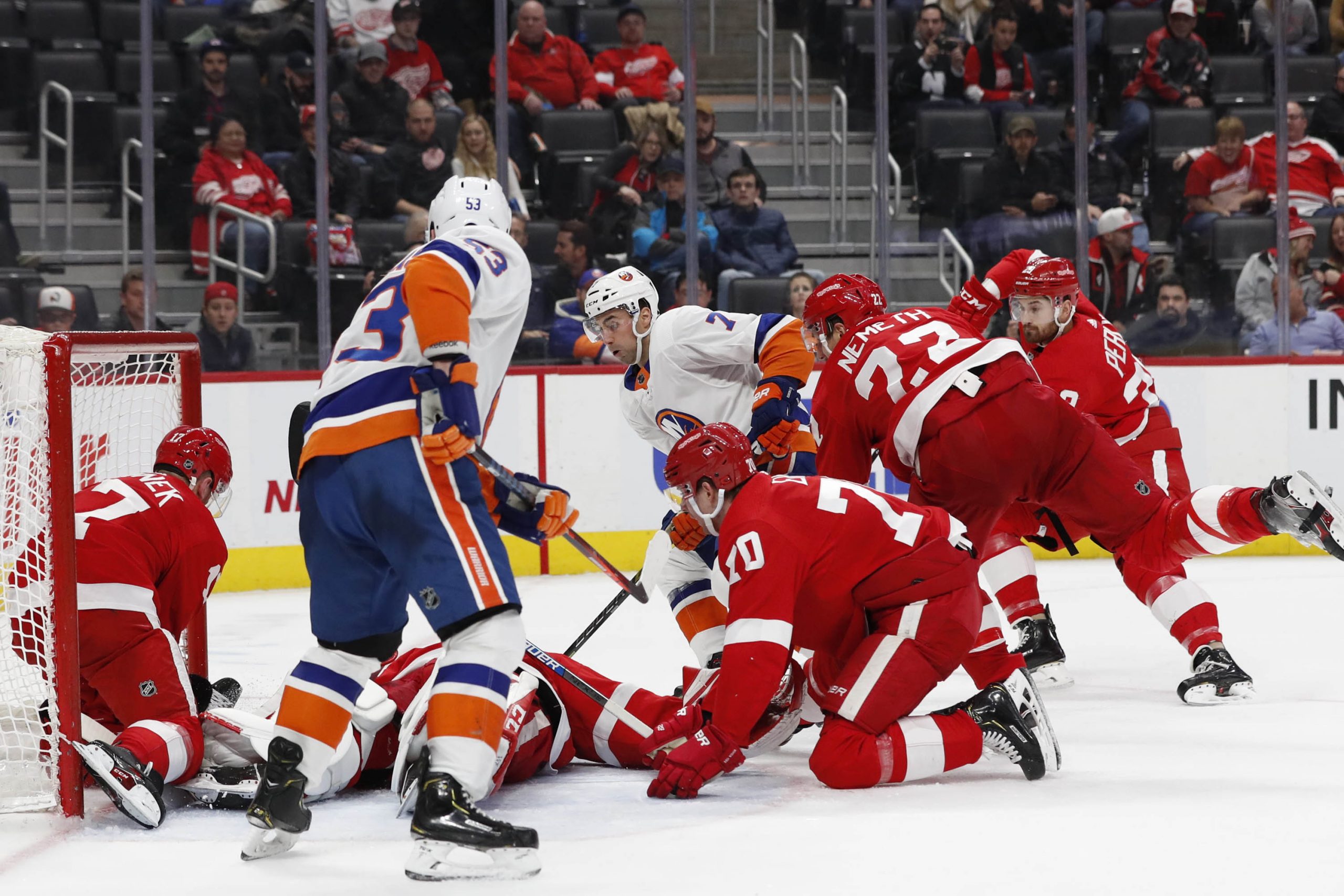 Jordan Eberle scored his first two goals of the year and Anders Lee extended his goal streak to two games as the Islanders defeated the Detroit Red Wings, 4-1.

The win marked the Islanders second straight after a rough west coast swing that saw the team go 0-2-1. Anthony Beauvillier also scored for New York and Semyon Varlamov made 30 saves.

“We’re getting good goaltending that’s key for us,” Islanders coach Barry Trotz told MSG Plus after the game. “Our PK was really good, but we’re scoring. (Lee) scored in two straight games, Ebs scored a couple tonight. We need everybody to have success if we’re going to have success, so real happy for both those guys. But we’re getting our goals a little bit more around the net.”

The pair of goals from Eberle — the Islanders’ third and fourth goals of the night — were a welcomed sight for the 29-year-old who has had a slow start to his season. Eberle missed 10 games early in the year with an injury.

Eberle’s last goal for the Isles came back on Apr. 16 in Game 4 of the opening round of the playoffs.

"All you can do is really goo out and keep trying. It's funny how it works like that.. you don't score for a while and then you score two." – Jordan Eberle pic.twitter.com/FHjEsHUSSZ

“Ever since the ankle injury I’ve come back and had a ton of chances. I feel like I could have quite a few (goals), but sometimes they don’t go in,” Eberle said. “You get frustrated for sure and start gripping the stick, but all you can do is go out and keep trying. It’s funny how it works like that, you don’t score for a while and then you score two.

The Islanders jumped on the board quickly in the first period. Lee scored from in front of the net off a feed from Mathew Barzal at 8:46 fo the opening period.

Beauvillier scored his ninth of the year at the 13:17 of the first period.  Josh Bailey sprung Beauvillier for a breakaway and the Isles’ forward beat Jonathan Bernier with a backhander.

Dylan Larkan cut the Islanders lead to one after he scored at 10:36 of the second on the Red Wings’ fifth power play of the period. New York answered back nearly six minutes later with a power-play goal of their own from Eberle.

Eberle found the back of the net once again at 13:24 of the third. The goal was originally waved off by the officials, but was later overturned to a good goal.

The Islanders penalty kill went five-for-six on the night and the team was outshot 31-25 in the win.