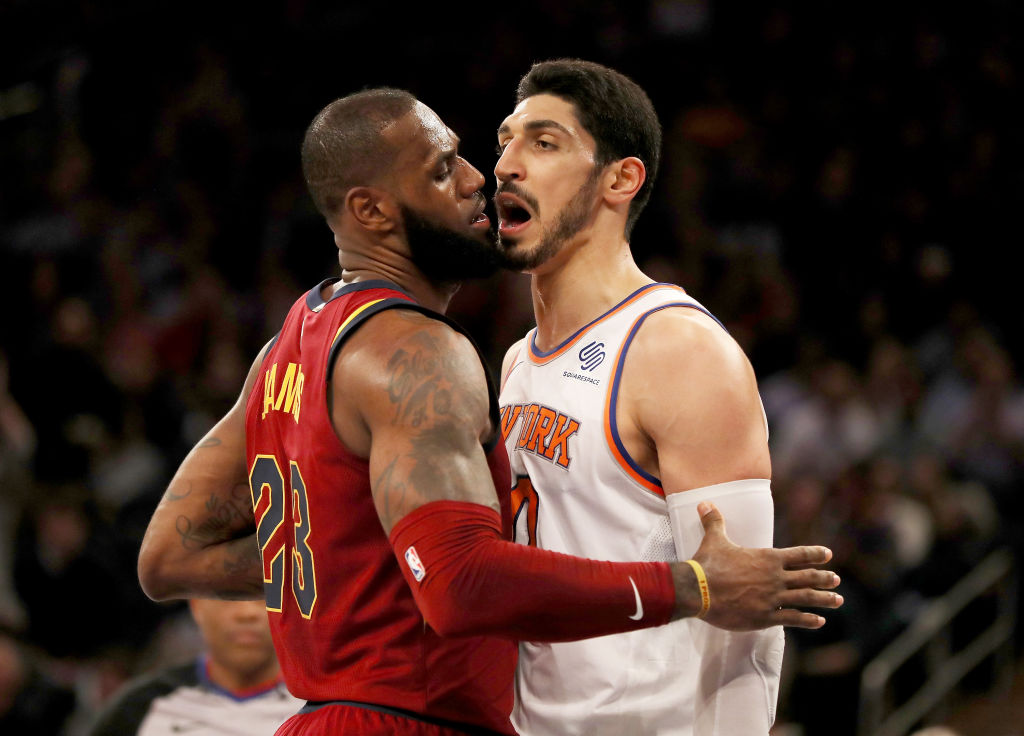 Enes Kanter will reportedly exercise his player option for next season to remain with the Knicks, according to Shams Charania. The Knicks’ big man playfully poked at the news.

God Damn shams 😂 I haven’t made any decisions yet https://t.co/8D2IoMLsbf

This is of course Kanter’s choice, but it’s a decision that should work out well for the Knicks. With Kristaps Porzingis set to miss a large chunk (if not most/all) of next season, the team needs someone who can produce down low and help pace them offensively. The backcourt can’t do it all.

Luckily for New York, Kanter was a very good post player this past season. He was a double-double machine, logging 14.1 points and 11 rebounds per contest. His 59% shooting from the field and 3.9 offensive boards went hand in hand as he cleaned up the glass in an efficient manner. In turn, both marks ranked amongst league leaders.

Beyond the numbers, Kanter emerged as a fast fan-favorite while exhibiting the heart and soul it takes to play in the Big Apple. He really seemed to understand what it meant to don the orange and blue colors, and embodied the meaning of a Knick. His grit and physicality — resulting in an exhilarating amount of fight each and every night — reminded fans of the likes of Anthony Mason and Charles Oakley.

That being said, Kanter doesn’t boast the same level of defensive fundamentals as the aforementioned players. His IQ on that side of the floor is lacking and he’s been prone to commit too many fouls along the way. Thus, maintaining that same level of fight for a full 48 minutes is difficult when the center’s time on the court is limited by poor decision making.

Despite such a shortcoming, Kanter’s return will give the Knicks a safety net to lean on following Kyle O’Quinn’s opt out. His new one year pact will help the team fill a gap and still maintain flexibility toward making a run at max-level free agent next summer.

All in all, this is a favorable signing of sorts that comes with a low risk, high reward type return value for New York.