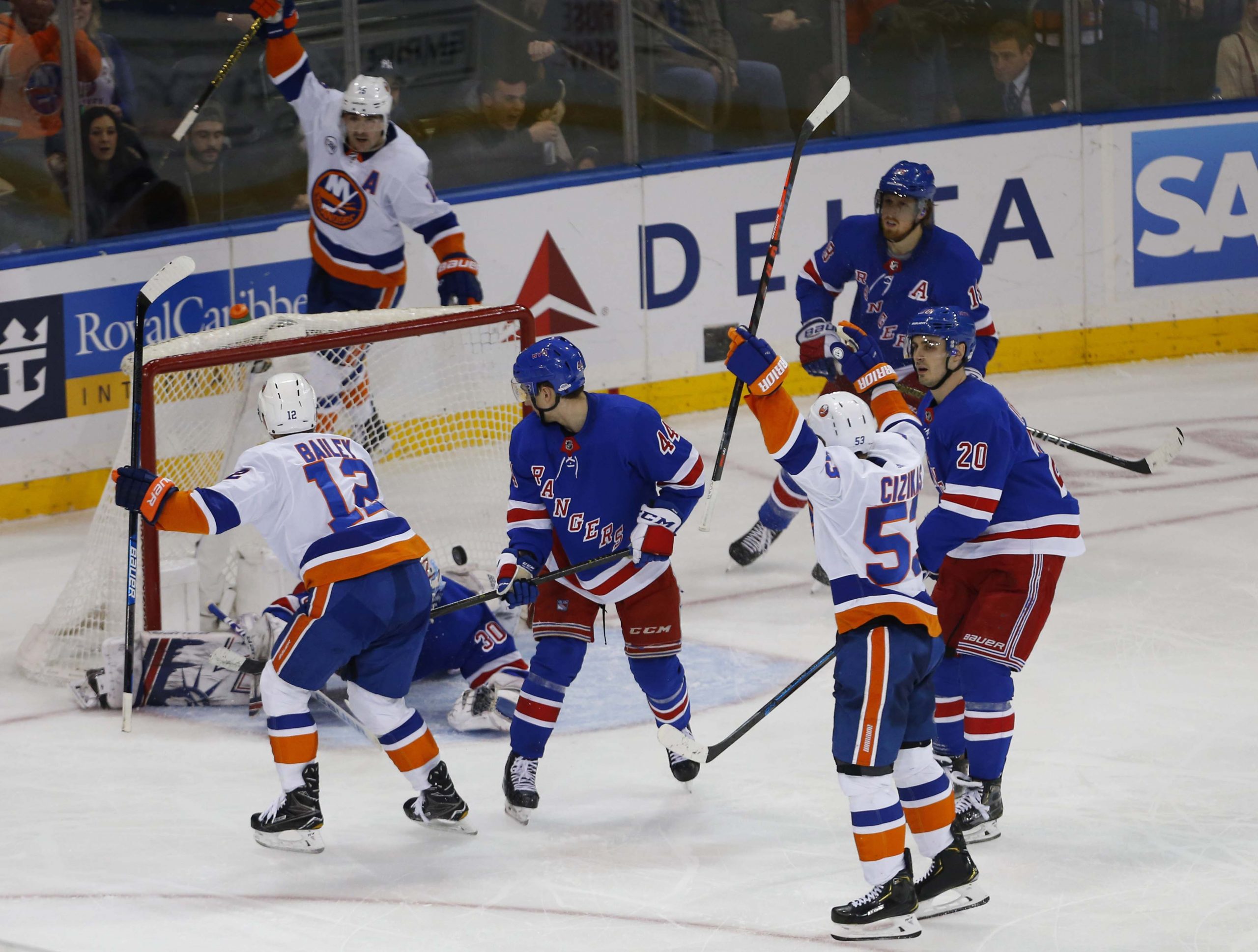 NEW YORK — The Optimist might look at the Islanders shots on goal total in the third period say they were shooting with a 100 percent success rate. The pessimist would point out that the Islanders had a single shot on net in the final 20 minutes of Thursday’s showdown with the New York Rangers.

Regardless of the viewpoint, the result was the same with the Islanders escaping Madison Square Garden with a 4-3 victory over the rival Rangers.

It was Josh Bailey who potted the game-winning goal off a pass from Cal Clutterbuck on the Islanders only shot of the third period. A miraculous moment considering the way the Islanders had been playing for the final 20 minutes.

“We were aware obviously,” Bailey said about the Islanders lack of shots. “We were sitting back a little too much. Obviously, it wasn’t our best period, but that’s the way hockey is sometimes. We are going to have to be better on Saturday.”

Thursday’s victory was an impressive one for the Islanders, considering the lackluster effort the team had for half of the game. The Islanders looked sloppy as the second period came to a close, with the Rangers forcing Lehner to make a couple saves.

In the third, the loose play continued and erased what had been a 3-2 lead at the time.

“I think it just takes awareness that it’s not your best (effort),” Clutterbuck said about the win. “You have to sit down tomorrow to go through why it wasn’t your best and then you have to fix it. If you don’t fix it then those wins turn into loses and you start trending in the long direction, so we have to be aware.”

“We just didn’t have what we thought we would,” Islanders coach Barry Trotz added.

The effort followed a trend for the Islanders, who have not played their best hockey over their previous three outings. They had stolen a win in St. Louis last weekend and then followed it up with a loss on Tuesday at home against the Carolina Hurricanes.

And over the three games, Trotz has noticed some details within the Islanders game that need to improve. The Islanders bench boss specifically noted the team’s play along the wall following their win over the Rangers.

"To me we won the game on special teams. We won on it on the power play and a huge penalty kill when the game was on the line.” #Isles pic.twitter.com/EPP3RDw8jR

“We’re sort of poke and hope versus let’s play through the guy,” Trotz said. “That type of thing and when you make a little bit of that poke and hope play you don’t get it out. It goes maybe to the red line, they hammer it back in, they forecheck your D and then you go back at it.”

Trotz later said: “We just have to be more invested in that particular moment.”

Not everything about Thursday’s game had been bad. The Islanders managed to respond when the Rangers scored. Former Islander Ryan Strome opened the scoring 1:38 while on the power play to give the blue shirts a 1-0 lead, but Mathew Barzal scored just under a minute later to tie the game.

Jordan Eberle scored at the 8:51 mark while on the power play to give the Islanders their first lead of the night. Kevin Shattenkirk scored 1:11 into the second period to tie the game at two, but Anders Lee’s goal at 3:08 put the Islanders back in front.

Jesper Fast scored in the third period to tie the game at three.

Thursday was the first game of a home-and-home against the Rangers, with the second game taking place on Saturday at Barclays Center. That will mark the final meeting of the season between the New York hockey rivals.