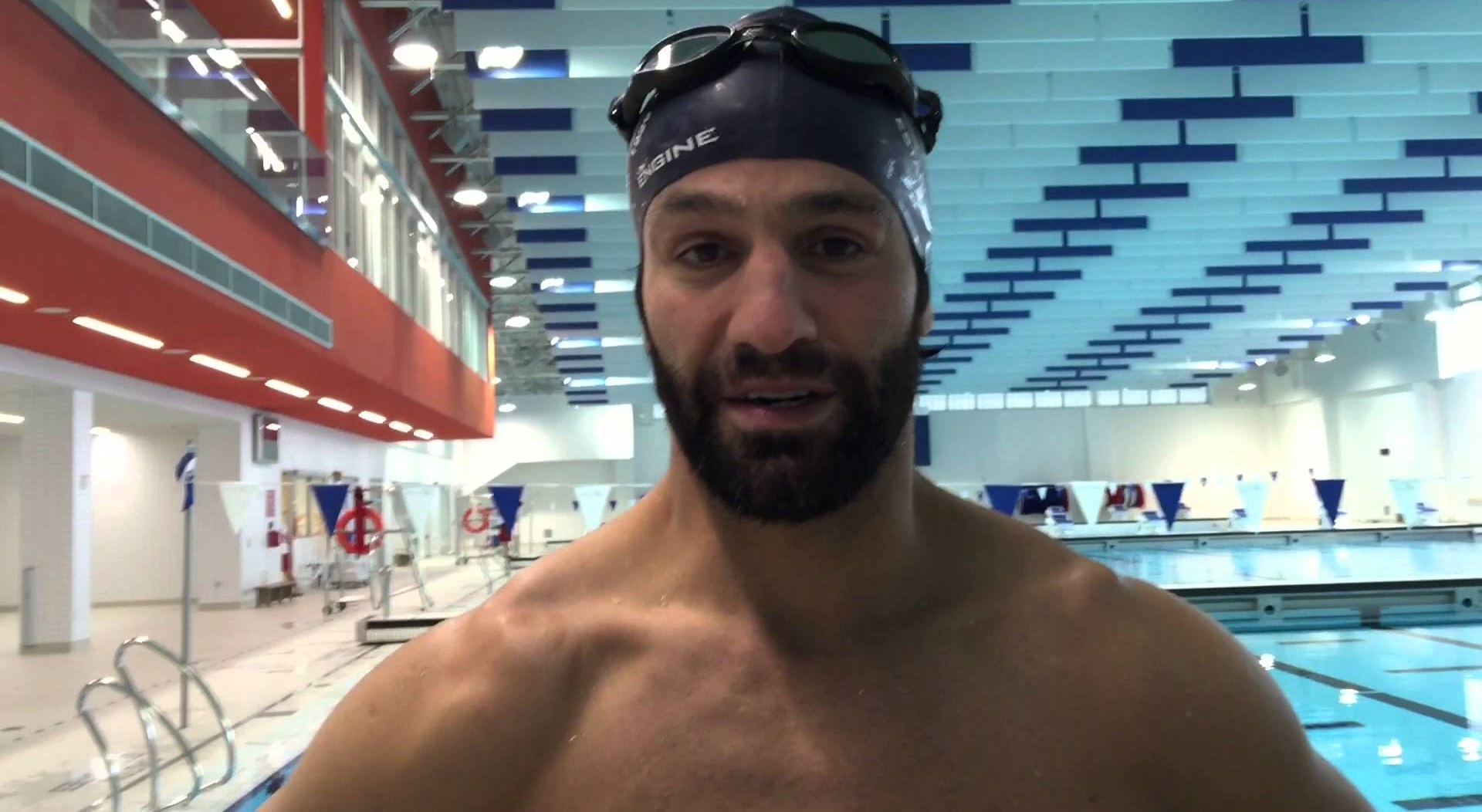 Of course you don’t. His one and only skill was his faceoff acumen. Naturally, his one and only shining moment for Pittsburgh came when he won a huge faceoff with less than a minute left in regulation that led to a game-tying goal on Veterans’ Day 2008 (aka The Jordan Staal Game).

Zigomanis left Pittsburgh after an insignificant 22 game stint and faded from memory in the Steel City. While researching something else recently, an unrelated and otherwise obscure court file from last November came into view, revealing how irreversibly intrusive celebrity culture – specifically hockey celebrity culture – can be for even meaningless, journeyman players like Zigomanis, in the present-day permanently connected, online, social media age.

After leaving Pittsburgh, Zigomanis played just eight games with the Maple Leafs at the beginning of 2010-11 before being demoted to the AHL Toronto Marlies organization. Unbeknownst to Zigomanis, he would never return to the NHL. In May 2011, Toronto businessman Frank D’Angelo approached two ex-Pens, Zigomanis and Luca Caputi, and signed them to promote his Cheetah Power Surge energy drink.

It is hard to exactly describe D’Angelo; he has tried his hand at everything from beer to late night talk radio to low-budget films though he is best known for getting disgraced Canadian sprinter Ben Johnson, who ran a world record but steroid-fuelled 100m dash, to say “I Cheetah all the time”, to promote the energy drink.

The endorsement contract required Zigomanis and Caputi to shoot a TV commercial for Blueberry Cheetah Power Surge energy drink, entertain contest winners in a trip to Boston and make various promotional appearances for the company.

Zigomanis generally fulfilled his end of the deal but after receiving only $37,500, three-quarters of the first-year salary, D’Angelo terminated Zigomanis’ contract on the grounds that the player’s demotion to the AHL “reflected badly on the product” and the “nude photos scandal that recently appeared in major media across Canada and still remains splattered across the internet” also were damaging to the good name of Cheetah Power Surge.

Ahem, yes. At some point in late 2010 or early 2011, before becoming a Cheetah spokesman, Zigomanis had taken a pair of nude photos of his pelvic area, one from the front, one from the back, his face obviously not in view. He sent them to his then-girlfriend, and as court documents later noted, “there was no evidence or suggestion that the recipient of the photos was offended or upset, or that they were intended and received as anything other than an intimate communication between two consenting adults.”

But because we live in dark times, someone inevitably got a hold of the photos and uploaded them onto a “revenge” website. Zigomanis swears it was not him and only became aware of their public disclosure in late 2011 when a teammate told him.

Obvious question: what was this teammate doing on a revenge picture site? Second, did one-time Marlies teammate Jiri Tlusty, who embarrassed himself in an identical way, influence Zigomanis?

Zigomanis sued D’Angelo on the basis that neither his demotion to the AHL, which happened well before he signed the endorsement deal, nor the nude pictures, contravened anything written in the contract he signed. The Ontario Superior Court agreed and ordered D’Angelo to pay Zigomanis the full salary plus the option.

Seems like a pretty sweet deal: $162,500 in free money … but at the cost of your dignity? Think of the cost in non-monetary terms considering the context of the times we live in.

First Rule of the Internet: what goes on the internet, stays forever. As a hockey player – of any level of stardom – you better believe creeps and media will take interest in your pics and unashamedly disseminate and talk about them. In English or in French.

Is turning celebrity into shame really worth $162,500? Long gone are the days of superstars like Mickey Mantle 50 to 60 years ago when pro sports players would get into all kinds of debauchery after games but know that the press would keep silent and not report on it.

Now, once there is a hint of scandal, a mere tweet can immediately set off a firestorm resulting in the hockey world’s klieg lights being trained on you, blindingly left on indefinitely. After his NHL career, Zigomanis tried to reinvent himself as a vegan-based health guru, competing in triathlons to maintain physical fitness.

Yet as last autumn’s legal proceedings came to a close, his name once again became synonymous with the “nude pic guy” and court documents filed enter the public record permanently. Sadly for Zigomanis, the cost of celebrity means a Penguins fan 100 years from now can pull up his case file and still find out he was the “nude pic guy”.

Such is the modern nature of hockey celebrity. Even if most players aren’t as dim-witted as Zigomanis, clubs now grant more access than ever before to cameras, all in the name of allowing fans to “connect” with their favorite player/celebrities. After the popularity of HBO 24/7: Road to the Winter Classic, most teams are copying that model allowing cameras into locker rooms, front offices, even the homes of players.

Kris Letang’s home is about to be used for a part in the show “Hockey Wives”, starting April 19, right in the middle of the playoffs, feeding the insatiable appetite of a “need to know” fanbase and ravenous media outlets. Is the distraction worth it?

Speaking of appetite, the Penguins have fed into the hockey players-as-celebrities machine for years through their online channel PENS TV and the all-access series “In the Room”. Who can forget Alyonka Larionov and Evgeni Malkin whetting their appetites for all to see. While most thought the romance was Aly and Geno, I guessed (incorrectly) that the love was between Malkin and Letang, who swooped in at the end to compliment #71 on his pierogi skills.

Most hockey players really want to be left alone and live a normal life after tiring of the 24/7 adulation that they may have thought they always wanted. But nowadays, that type of normalcy is laughably impossible. In a star-obsessed world that craves ever more inside information, losing a large amount of privacy is the high price to pay for achieving hockey celebrity.