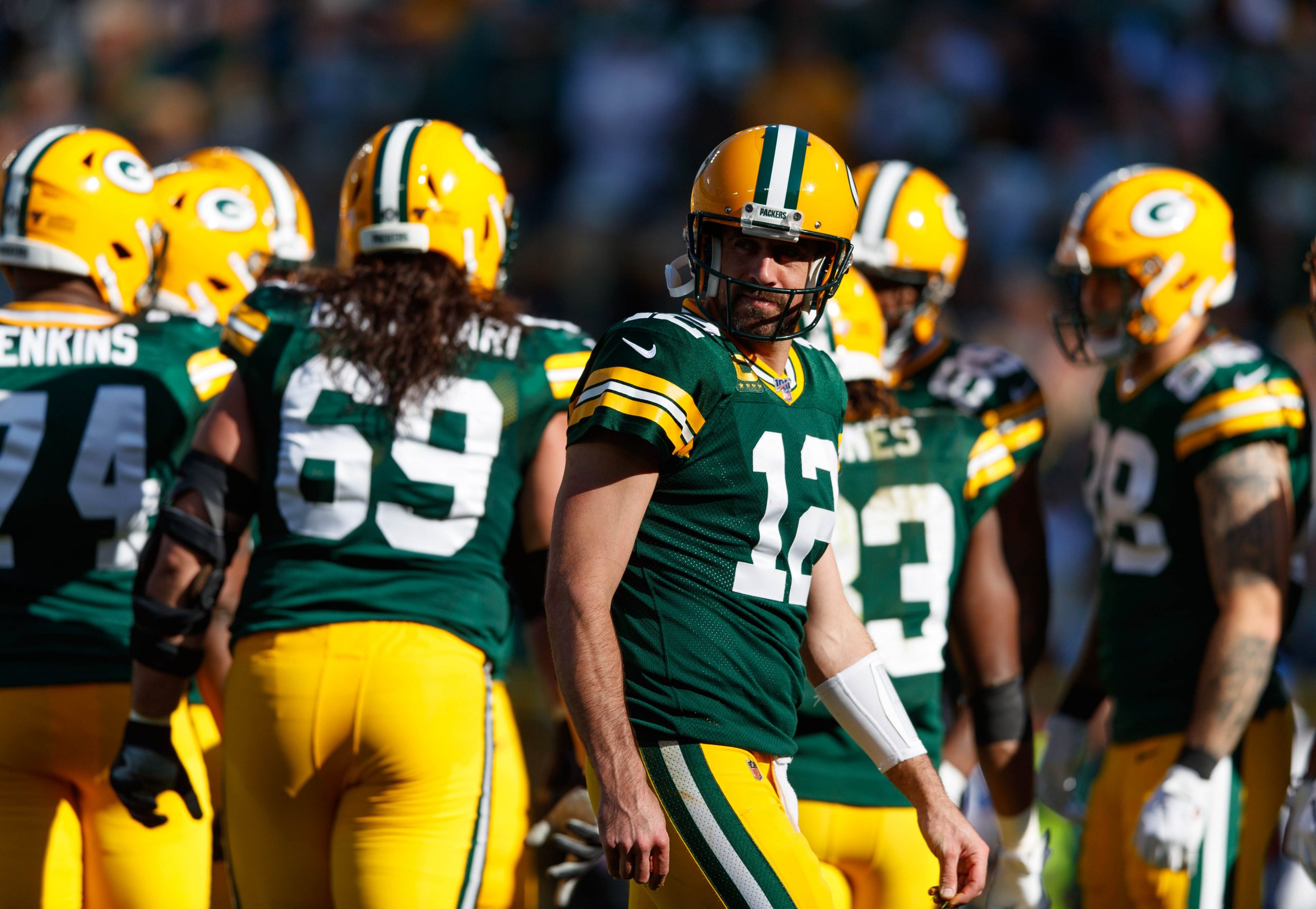 Most experts projected that the 2019 season would be a year of transition for Aaron Rodgers and the Packers offense. For the first time since he took over as the team’s starter in 2008, Rodgers had to learn a new system with new terminology and a different emphasis than he had under Mike McCarthy.

Here we are 13 games into the season and the Packers are 10-3, but the offense has yet to find the consistency that the team had hoped it would have by the end of the season.

At times, the offense looks very strong, especially when new head coach Matt LaFleur is running his scripted plays to start the game. But there have also been long periods of time when the offense has sputtered and has not been able to move the ball consistently.

Here is a look at five of the biggest reasons for the offense’s inconsistency thus far in 2019:

1. The Offense Has Not Created an Identity

Coach LaFleur’s offense is designed to create mismatches and scheme receivers open. The running game and the passing game are supposed to feed off each other with different play calls being run out of identical formations to keep opposing defenses guessing.

But this season, the Packers have not really created an identity for this offense. Under Vince Lombardi, for example, the Packers would “Run to Daylight” and their signature play was the power sweep. It was the play the offense could always rely on to get tough yards when they needed it, and that opponents couldn’t stop even when they knew it was coming.

In the early 2000s under Mike Sherman, the Packers were one of the best screen passing teams in the NFL. Brett Favre could count of short passes to Ahman Green or Tony Fisher to pick up key first downs.

This year, however, the offense doesn’t really have a defined personality or signature play. At times, the Packers remain Aaron Rodgers’ team. The veteran quarterback extends plays and hopes to get a big gain downfield by holding on to the ball and waiting for players to get open.

In other games, Aaron Jones has been the focal point of the offense whether it be carrying the football or catching it out of the backfield.

The Packers have not yet developed a personality offensively and while this can keep defenses guessing, it also prevents the team from defining who they are and gaining confidence from that identity.

Eventually, the Packers will have to figure out their best plays and how and when to use them to keep the chains moving consistently.

Green Bay has not gotten consistent production from their wide receivers not named Davante Adams this season.

Despite missing four games and part of another, Adams has nearly double the total receptions (56) of the next highest Packers wideout, Geronimo Allison (29).

After Allison comes Allen Lazard (24), Marquez Valdes-Scantling (23) and Jake Kumerow (10), but none of them have been consistently reliable and they get open only periodically.

On numerous plays, Rodgers goes back to pass but cannot find an open receiver. It also appears that he doesn’t trust his receivers to be in the right place when plays break down.

The Packers need to change this so Rodgers can throw to receivers more by design and establish a rhythm. When he constantly tries to extend plays and create splash plays down field, Rodgers puts additional pressure on his offensive line to protect him. Against top pass rushing defenses, Rodgers lacks the time to throw downfield and cannot throw short because nobody is open.

3. The Tight Ends Are Also Not Open Consistently

Jimmy Graham has 32 catches so far this season for 382 yards and three touchdowns. That puts him on pace for 39 catches, well off last year’s 55 catches which were also considered a disappointment.

Graham is still a useful tight end, but he is not even close to elite. He struggles to gain separation from defenders, has trouble twisting his body to get to 50-50 balls and is now a very average tight end despite his hefty salary.

Marcedes Lewis is more of a blocker than receiver at this point in his career and has 12 catches in 13 games.

Both second-year man Robert Tonyan and rookie Jace Sternberger have struggled with injuries this season and both are still adjusting to the rigors of the NFL game.

In short, the Packers tight ends are not consistently getting open downfield and do not stretch out defenses to create plays for other receivers.

This makes it more difficult for the offense to establish a rhythm using the playbook as designed.

4. When Things Get Tough, Rodgers Often Falls Back on Old Habits

When plays break down, Rodgers still tends to fall back on his old habits that he had in McCarthy’s offense. Instead of taking what the defense gives him and trying to move the chains, Rodgers tries to throw home run balls downfield. This worked well when he had several elite receivers like Jordy Nelson, Greg Jennings, Donald Driver, Randall Cobb or James Jones in the lineup, but now it’s Davante Adams and a lot of question marks.

At 36, Rodgers is also not quite as athletic as he once was so his ability to escape pressure, while still good, is not what is was a few years ago.

Hopefully, over time, the new offense will become second nature for Rodgers, and he will stay within it when plays break down. This will help make the offense more efficient even if it may not be more explosive.

Because of his 10-3 start, it’s easy to forget that Matt LaFleur is still a rookie head coach and that he only called the plays for an NFL offense for one season prior to taking over in Green Bay.

LaFleur has shown himself to be intelligent and organized and he has unified the locker room and created a positive atmosphere around the team. But when it comes to in-game adjustments, he’s still learning.

As he gains experience, LaFleur should become better at making those in-game adjustments that can be crucial to an offense. For now, the Packers must live with his growing pains. The team’s strong record indicates that if LaFleur does improve at in-game adjustments, this offense can be extremely dangerous.