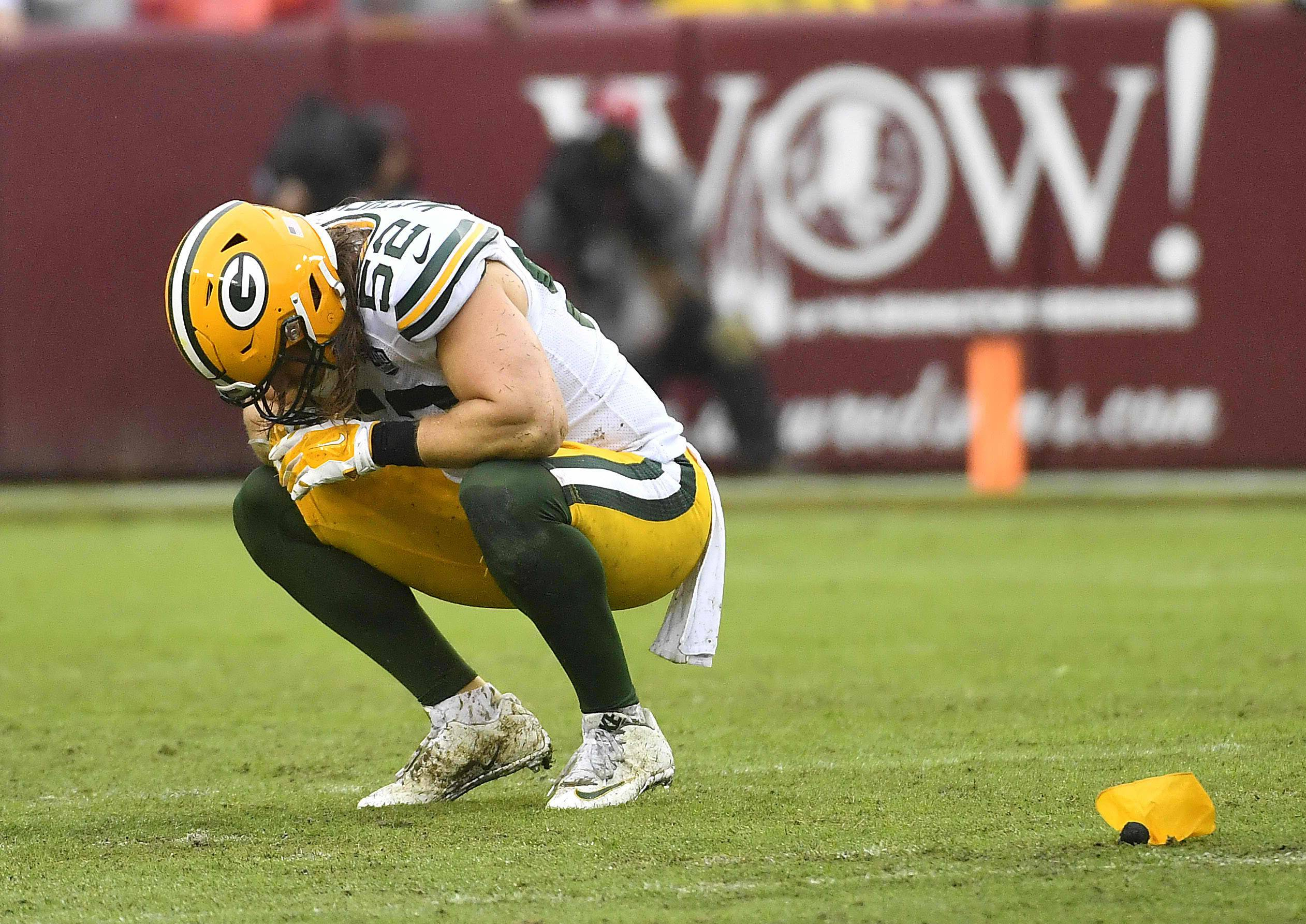 The Green Bay Packers suffered a frustrating loss in Week 3 to the Washington Redskins by a 31-17 margin.

This was by far the Packers most inconsistent performance of the season. Against Chicago, the Pack had a shaky first half followed by a dominant final 30 minutes. Against Minnesota in Week 2, the Pack was the better team for most of the first three quarters but had to settle for a tie after a late collapse. But in Week 3, Green Bay a sloppy and uneven game and trailed for nearly the entire contest.

Here are five key takeaways from the Packers Week 3 performance in our nation’s capital:

1. Aaron Rodgers’ accuracy is affected by his knee injury

There is no doubt that Aaron Rodgers is gutting out this injury and playing well overall in spit of it. He has still found a way to avoid the pass rush and move in the pocket much more often than was expected after his knee injury in the first half of Week 1.

But Rodgers ability to throw the ball accurately has also been compromised by this injury. Throws that the All-Pro quarterback routinely delivers with pinpoint accuracy are now slightly behind receivers or hitting the ground in front of them. The injury has clearly affected his ability to put the football right where he wants it and it’s something the offense will have to live with until this injury heals.

Some of the drops made by his receivers are as a result of this decreased accuracy.

Still, Rodgers remains one of the best quarterbacks in the game. He finished Week 3 by going 27-of-44 for 265 yards and two touchdowns. He did not officially throw an interception and his final quarterback rating was 93.5. Those are certainly numbers that any team would be more than happy to have from their starting QB, but the low yards-per-attempt was not vintage Rodgers.

2. The secondary has problems

Both safeties Kentrell Brice and Ha Ha Clinton-Dix were burned at various times during the game most noticeably on the first touchdown from Alex Smith to Paul Richardson. Although Clinton-Dix later made a big play with an interception, his coverage and tackling angles remain a problem and Brice has been a liability in deep coverage too often over the first three games.

Despite Brice’s uneven start to the season, Mike McCarthy has remained committed to Brice and, “I’m all for Kentrell,” he said during his Monday press conference.

The Packers also clearly missed cornerback Kevin King who was inactive due to injury. King is the team’s best cover corner, but he has had difficulty staying healthy over the course of his career. While rookies Jaire Alexander and Josh Jackson have played well at times, they also make rookie mistakes. Davon House has been a big step down for the Pack over King. Green Bay is clearly a better team when Kings is in the lineup. The progress of the team’s two top draft choices may alleviate the issues at corner as the season goes on.

The secondary was flagged with three pass interference calls on one scoring drive and that simply cannot continue.

3. Muhammad Wilkerson is now lost for the season

Green Bay was unable to slow down Adrian Peterson and made the former Vikings star look like he was back in 2012. Peterson finished the game with 120 yards and two rushing touchdowns including a 41-yard run that made highlight films all around the league.

The loss of free agent defensive lineman Muhammad Wilkerson to what appears to be a season-ending ankle injury is a big blow to the defense. Wilkerson was on a one-year “prove it” contract and his chance to show he can still be an elite inside lineman in this league has ended, at least for this season.

Green Bay struggled even more against the run after Wilkerson left the game. The Pack will need backups Montravius Adams and Dean Lowry to step up and help stop the running game. The Pack should also add a new player at this position since they were only carrying five active defensive linemen to begin with. It is possible that Nick Perry and/or Reggie Gilbert may get some reps as linemen on obvious passing downs.

4. The NFL has no mercy on Clay Matthews

To say Clay Matthews is frustrated is an understatement right now. Matthews has been called for three roughing the passer penalties in the first three games this season. In his first nine seasons combined, he was flagged only four times for this infraction.

There is clearly a lack of understanding by Matthews and the rest of the league as to what constitutes roughing the passer anymore. It is nearly impossible in many instances to control exactly where you land while trying to tackle a moving quarterback at full speed.

McCarthy went ballistic on the sideline after the call which was not as costly as the past two penalties were, but still was hard for a lot of people to fathom.

Matthews accused the league of “going in a direction that a lot of people don’t like. They’re getting soft.”

Matthews’ needs to regain his confidence that he won’t have a flag thrown at him any time he touches a quarterback and the league needs to make it clear what exactly constitutes roughing the passer and what remains a legitimate football play.

This is getting ridiculous.

The Packers used a running back by committee approach just like McCarthy said he planned on doing at the beginning of training camp. The carries were split fairly evenly with Aaron Jones getting six attempts in his season debut, Jamaal Williams carrying five times and Ty Montgomery four. Each player averaged at least four yards per carry on the sloppy field in Washington.

Jones clearly gives the Packers another dimension at the position. He has a combination of explosiveness and elusiveness that the other backs don’t have, but he may not be able to handle a 15-20 carry load per week. Still, if he continues to play well, don’t be surprised if Jones starts to get the bulk of the work as the season wears on while all three backs continue to see work.