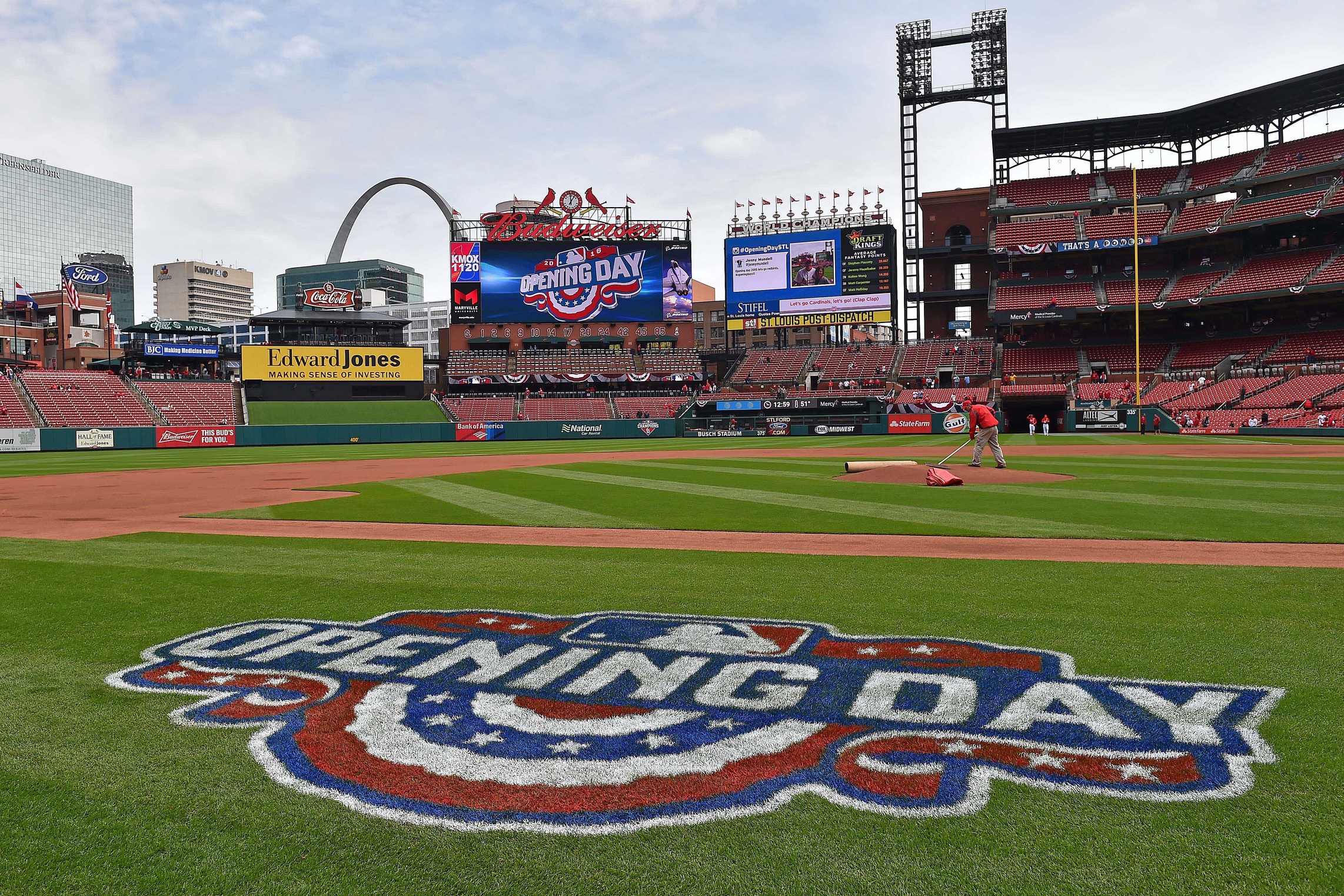 Over the course of spring training there are plenty of things for fans to overreact to. In the words of Clark W. Griswold, “That’s all part of the experience, honey.”

Some overreaction prove to be well-founded over time, while others prove to be, well…overreactions. Then there are the things that we maybe don’t react to but need to take note of, especially when it comes to comments from the coaching staff or front office. Sometimes we have to read between the lines or follow the bread crumbs — or some other cliche — to find the answers to our questions.

At this point, I think there is enough information out there to determine which way the team is leaning in certain facets, and ultimately guess — with a fair amount of accuracy — which 25 players will suit up in Milwaukee 15 days from now.

The very first clue that I made note of was in regards to the roster configuration. From this Derrick Goold article, Mike Maddux clued us in on his expectation.

“He said he expects to take 12 pitchers north, though the Cardinals remain open to 13 and going with one fewer bench player.”

While that includes the caveat of an openness to another 13-man staff, my takeaway is that Maddux would prefer to run with 12.

I open with this because I will base the rest of my educated guess on the 13 hitter / 12 pitcher model.

Next we can move on to the rotation.

We don’t need to overthink this too much. Miles Mikolas, Jack Flaherty, and Michael Wacha were always locks if healthy. Adam Wainwright has done nothing to lose a rotation spot, performance-wise, and Mike Shildt has candidly stated, “He’s in the rotation.” So, not much more to see here.

There was quite a bit of intrigue heading into camp regarding Carlos Martinez and whether he should return to the rotation, or resume his late-season role in the bullpen. Martinez is adamant about his future role, being quoted this spring as saying, “I’m going to start man.” Where he lands come May is a conversation for a later date. For this discussion, we only need to know that he was anticipated to be a starter, and therefore his delayed spring opens up a spot in the rotation on Opening Day (technically, for Game #5).

That’s where the most recent news from Derrick Goold comes into play. To summarize, the Cardinals are officially shifting Alex Reyes to relief for the time being (leaving open the possibility to start later), essentially leaving John Gant, Dakota Hudson, Austin Gomber, and Daniel Ponce de Leon as the competitors for Martinez’s vacated spot. Performance and experience have made Hudson and Gant the front runners. While I think Gant is under-appreciated for both his skills and what he can offer, recent deployment has tipped the team’s hand in this race.

Both Hudson and Gant were on a starter’s program this spring, until their paths diverged this week. Hudson remains on the same track, pegged to start Wednesday’s game as follow-up to a dazzling performance in his last start. Gant, on the other hand, was used for just 1 inning in his appearance on Tuesday. For this to happen at the time when all other planned starting pitchers are pushing to and passed the 60 pitch threshold is telling.

Backfield or side work could be used to replace the in-game pitches, but dialing Gant back to a single inning is a step back for him from a starting standpoint. Coupled with Hudson likely throwing 4-5 innings on Wednesday, that is who I would peg as the starter come Monday, April 1st in Pittsburgh.

And this leads directly to the bullpen.

The main bread crumbs here 1) go back to the 12 man staff, thus leaving a 7-man bullpen and 2) revolve around Brett Cecil and Luke Gregerson.

Gregerson isn’t so much reading between the lines, as he has yet to appear in a spring game and is being brought along slowly. He is a good bet to start the year on the Injured List.

Then this week, the Cardinals swung the door open on Cecil also starting the year on the IL (reported here by Derrick Goold) as he continues to search for his stuff and a balance with his weight.

So with the re-directing of Reyes to relief and apparent front-runner status of Hudson over Gant, we have a clear picture of the 8 pitchers that are options for the Opening Day bullpen.

Outside of a late-spring trade of Gant or Mayers, this is trending toward Leone starting the year in Memphis, where he becomes the first depth piece in line.

I won’t get cute here. There is ‘reading between the lines’ on the starting 8. The Cardinals could have put a billboard up on Highway Fawrty telling passerby’s that Dexter Fowler was the starting RF. FSM basically did with an ill-advised, heavily panned, and quickly deleted social media video that was very pro-Fowler/O’Neill and anti-Harper, back in December.

Politics/propaganda aside, I’m rooting for Fowler. He can be a really valuable player.

And so it’s a near-lock that on March 28th, the following configuration will trot out at Miller Park:

That leaves the bench for us to decipher.

Jose Martinez, new contract in hand, is a fixture. So is Jedd Gyorko. Maddux’s 12-pitcher blueprint, we can assume a 5 man bench. Leaving room for a backup catcher and 2 of Tyler O’Neill, Yairo Munoz, and Drew Robinson.

Here is the bread crumb for the backup catcher situation: they offered Matt Wieters a contract on February 25th.

You don’t offer up a $1.5M deal (if he is in the majors) to a back-up catcher nearly two weeks into Spring Training if you are satisfied with your current situation. Kudos to Francisco Pena for hitting early on and throwing out a bunch of aggressive grapefruit league baserunners, but even before his oblique injury created a setback, I felt that it was Wieters’ job to lose. He has done nothing to lose the role.

Next, O’Neill, Munoz, or Robinson.

With O’Neill, he is the only legitimate alternative for CF. He also has nothing left to prove at AAA. Finally, the team is already impressed with the adjustments he has made with hitting coach Jeff Albert, reported in this article. For some reason, O’Neill’s spot on the 25-man roster — or potential lack thereof — became a talking point on social media recently. I never thought it was in question and the team’s comments, plus his performance, seem to back that up.

For Drew Robinson, he has done ok this Spring with 8 hits in 30 AB’s. However, he also has 11 K’s and 0 BB’s. Thanks to some sacrifices, his spring OBP (.250) is actually lower than his batting average (.267). His left-handed bat, raw power, and positional versatility is really, really intriguing — and he will surely be a valuable up-and-down depth guy this year — but the performance just hasn’t been enough to beat out…

…Yairo Munoz, who has done nothing but hit (before getting hit in the wrist) this spring. Munoz proved himself last season and, despite the handedness, his performance should win out this spring. And we cannot discount that he has simply made himself a valued member of this team, as documented here by Ben Fredrickson. The total package tips me off here, and I think the final bench spot is securely his.

Now — 1200 words into talking about the construction of the Opening Day roster — I’m going to tell you that the Opening Day roster doesn’t matter. In 2016, All-Star SS Aledmys Diaz was not on the first game’s roster. In 2017, Tommy Pham, the team leader in WAR, was not on the team to start the year. Carlos Martinez, a Top 25 starting pitcher over the course of his career, will start this season on the IL.

It’s not so much about who is there on March 28th as it is about who is there June 1st, August 1st, or October 21st. The roster will change. Heck, the roster for the season opener may not even be the same by the time the Cardinals have their home opener a week later. But, you want to see the best possible roster from Day 1, and that’s why giving consideration and predictions for Opening Day are fun.

And for fans that fret over certain guys getting passed over by lesser players, that’s where reading the tea leaves comes in handy. Taking a step back and taking in all of the information available can help calm overreactions.

Based on the things that have been reported and how I’m reading (or maybe misreading) them, the Cardinals seem poised to take something very close to resembling their best roster north.

So here’s the roster I formed in this article, summarized: