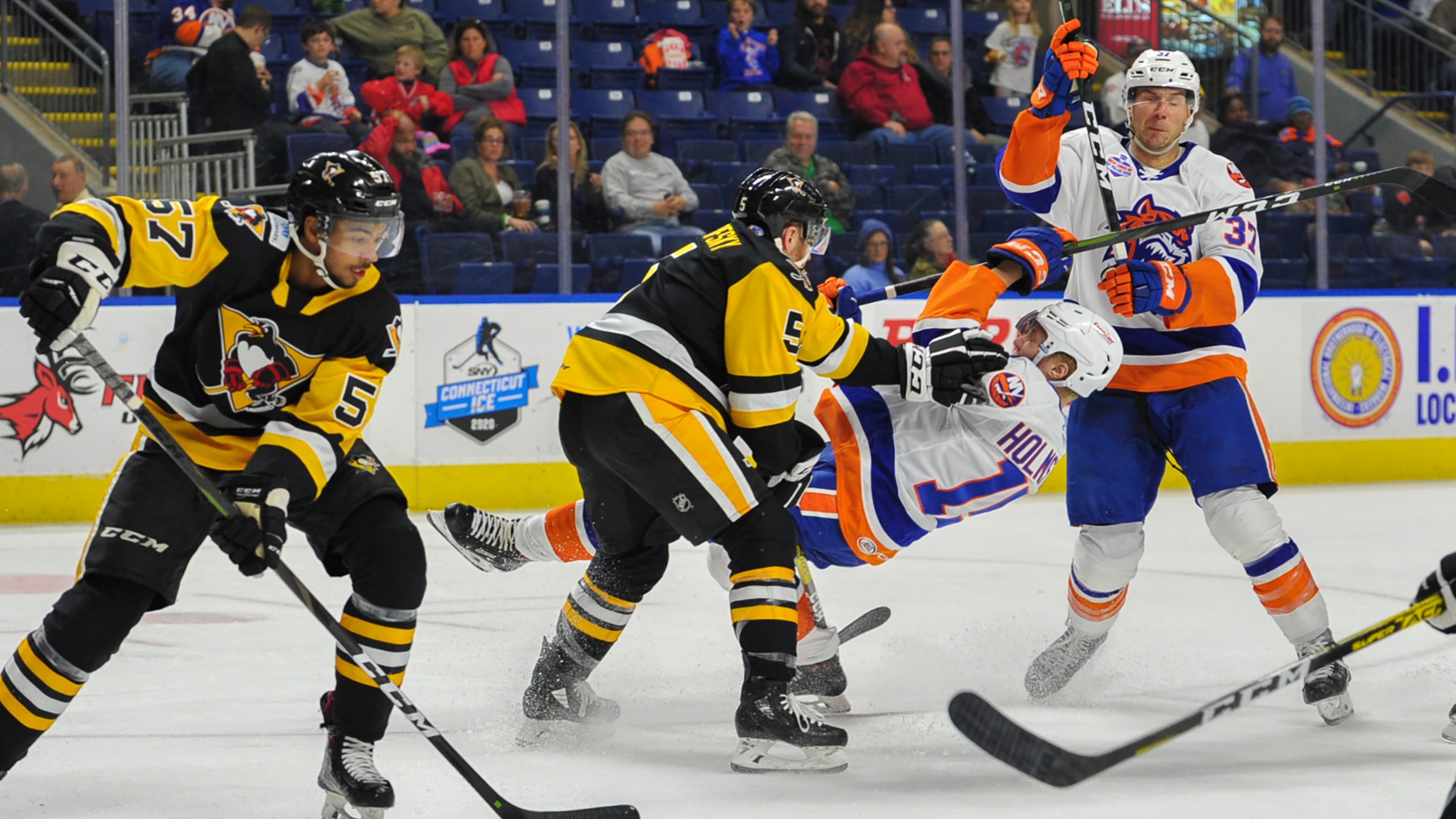 BRIDGEPORT, C.T. – Simon Holmstrom’s abilities were on full display Saturday evening. The 2019 first-round pick didn’t miss a beat in the Sound Tigers’ 3-2 shootout loss to fall to 1-2-1-1 on the season.

The 18-year-old forward embraced going in the corners for pucks and certainly wasn’t timid about jostling for positioning against bigger, more mature players.

“I think it’s a lot more physical,” Holmstrom said about adapting to the North American style of play. “All the guys are a lot stronger and there’s a lot more structure out there.”

The Swedish-born forward was credited with one shot on goal in 65 minutes of play but impressed his teammates and coaches as well.

“I thought he was outstanding,” head coach Brent Thompson said while grinning. “His IQ is off the charts. He has a great stick. He looks strong on the puck. He has a lot of poise for an 18-year-old kid. Some of those things you can’t teach.”

Holmstrom—a lefty—cut down the right-wing wall in search of his first professional goal late in the second period. He earned possession of the puck after outmuscling 6-foot-4 Wilkes-Barre/Scranton Penguins defenseman Matt Abt in neutral ice. The play ended with Abt tripping up the shifty forward and putting the Sound Tigers on their third power play of the game.

“I think I’m more of a threat on the right wing and can protect the puck more easily,” Holmstrom said. “I just tried to get the puck to the net and get the goalie to move. He hugged the far post.”

Holmstrom was selected with the 23rd pick in June’s NHL Entry Draft. The pick puzzled a lot of prognosticators in the hockey world who thought the pick was a little “off the board.”

Bridgeport has been home to many Swedish-born forwards such as John Persson and Johan Sundstrom, both of whom were drafted in the 2011 NHL Entry Draft. The two forwards combined to play 21 games for the New York Islanders tallying 1 goal and 1 assist. Holmstrom is hoping to be more of a mainstay, especially on the power play.

“I like to have the puck a lot on the power play and come off the wall and maybe take a shot or pass.”

“The movement was a plus,” shared Thompson. “A lot of things to take positives from.”

The Sound Tigers are back in action Tuesday evening against the Providence Bruins in Bridgeport.