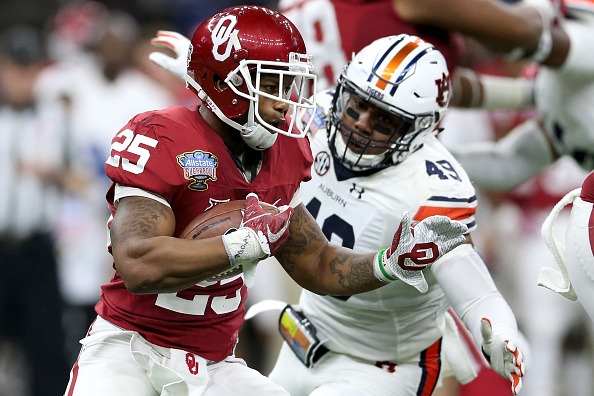 On Thursday, Oklahoma running back Joe Mixon announced that he will be entering the 2017 NFL Draft. The announcement does not come as a shock as there has been a dark cloud hovering over the running back, stemming from a 2014 incident, where he punched a female student in the face at a restaurant and broke four bones in her face.

A few weeks ago, the video from the 2014 incident was released and frankly does not make Mixon look any better. For that incident, Mixon sat out the 2014 season, served probation for a year, and there is a pending lawsuit against him.

However, after sitting out the 2014 season, Mixon went on to play the next two seasons and rushed for 2,027 yards and 26 total touchdowns. The next question now, however, is will a team take a chance on him?

According to ESPN.com’s Jake Trotter, Mixon told him that he received a first-round grade. Mixon also said that he plans on telling NFL teams the truth about the situation.

“I’m going to tell them the complete truth,” Mixon said in a phone interview with Trotter. “That it’s never OK to be in the situation I was in or to ever hit a woman. I’m looking for them to get to know the actual me.”

But will the actual Joe Mixon be able to convince teams that he is worth a draft pick? That is a tough question and one that all 32 NFL teams’ general managers will have to answer. It is without question that Mixon has first-round talent, but will his past alter his NFL future?