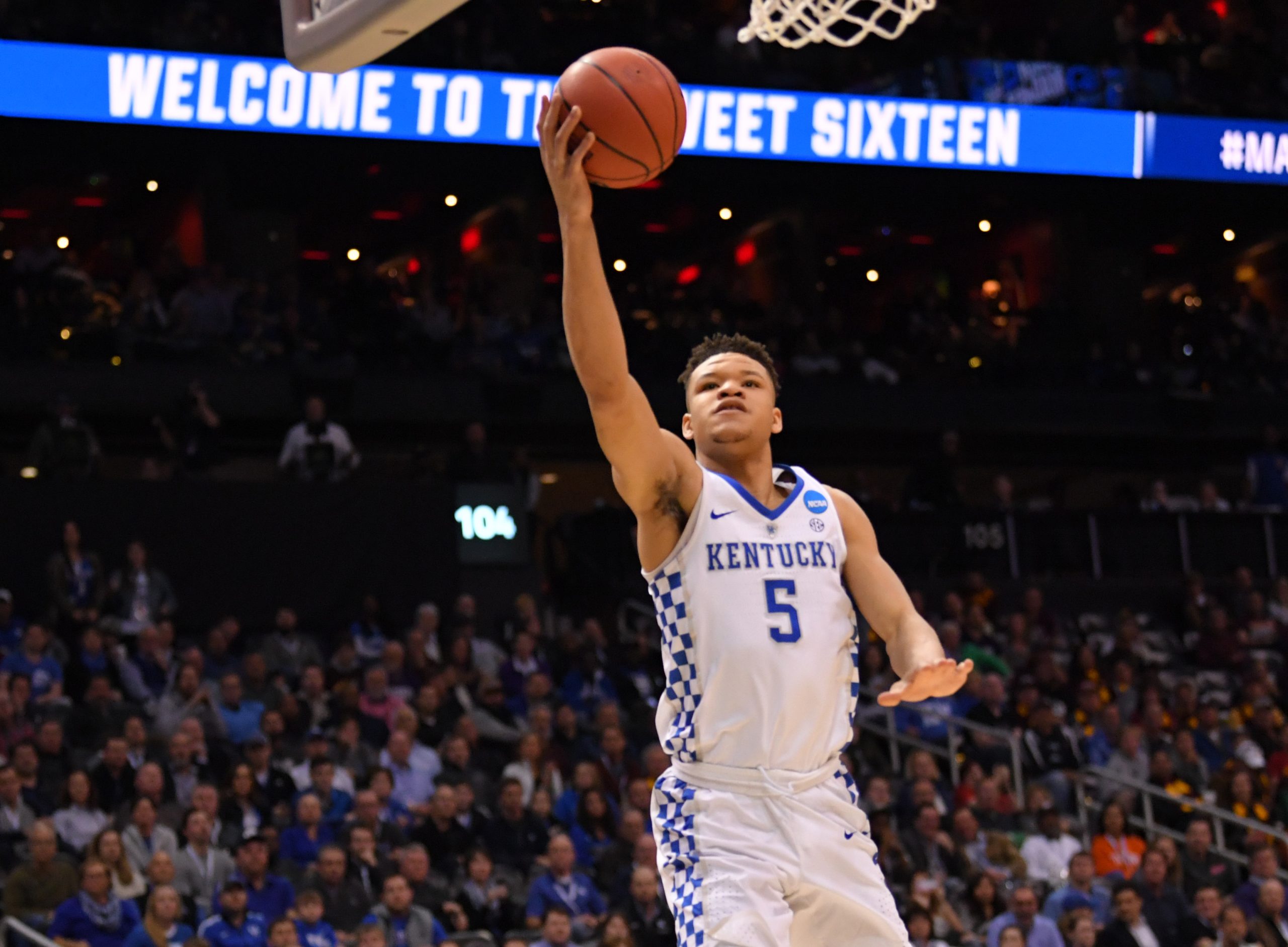 Despite the presence of a select few veterans, the Knicks are in the midst of a youthful rebuild. The front office is putting the pieces in place around Kristaps Porzingis and Frank Ntilikina. With an intriguing guard and an elite big man in place, New York used its pick in the 2018 NBA Draft to snag an up and coming swingman.

With the ninth overall pick, the Knicks selected Kevin Knox from Kentucky. At 18 years old, the forward was among the youngest players available to be selected. He has tremendous upside and as the Knicks eye a successful future, they’re clearly coming to the realization that patience is needed.

If given time to adjust, Knox could very well reward his new team. He’s well regarded as a versatile scorer who enjoys putting the ball on the floor and using his length to slash through defenders, but at the same time, is comfortable enough to take a step back and let the ball fly. Offensively, he could develop into a player similar to Tobias Harris. As a complementary player, he could become quite a talent next to Porzingis.

Despite his lengthy frame, Knox appears to still leave much to be desired defensively. He has the potential to keep up with multiple positions, but it remains to be seen if he can lock in and cover such ground effectively. Will his offensive game justify some potentially concerning defensive woes?

Knox fills a big position need for the Knicks, but his skillset may not be the ideal fit for this group set to be led by new head coach David Fizdale. Given New York’s investment in Tim Hardaway Jr. last summer, it would have made more sense to put a greater focus on embracing his respective improvement or selecting a more defensive-minded small forward. Pairing up the 25 year old guard with Knox at the two and the three appears to be a peculiar pairing.

Nevertheless, as the Knicks build for the future, Knox is a youthful and talented puzzle piece.