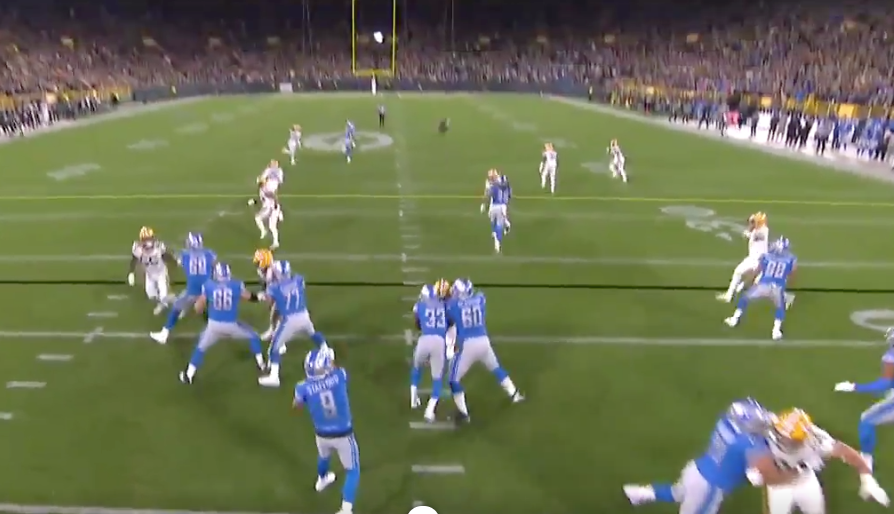 The Lions were expected to employ a run-heavy gameplan in Monday’s game against the Packers, but they did not receive that memo, apparently.

Not only did Detroit come out aggressive, but they came out swinging — on the first play of the game.

It happened when Matt Stafford handed the ball off to Kerryon Johnson, who tossed the ball back to his quarterback. Stafford then uncorked a dime downfield to Kenny Golladay, for a 66-yard gain.

Can’t say any of us expected that to happen — what a play, dialed up by the Lions coaching staff, and executed to perfection.