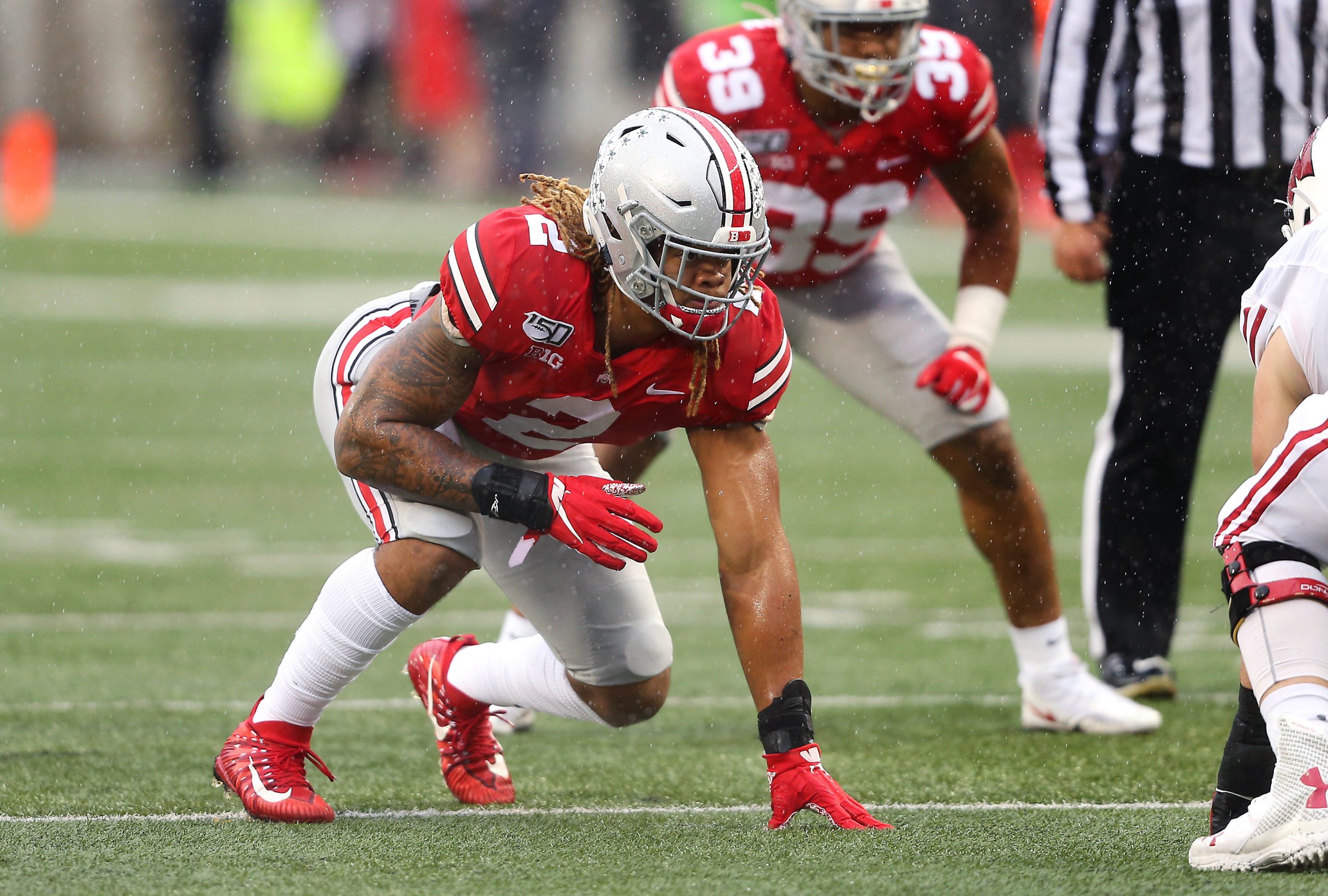 The Detroit Lions haven’t had a truly great season from a defensive end since 2015 and Ezekiel Ansah. That year, Ziggy had 14.5 sacks and four forced fumbles.

Coming off a year where they were tied for 29th in the league with a whopping 28 sacks as a team, Matt Patricia and company could use a true playmaker at one of, if not the, most vital position in today’s NFL.

Chase Young could be the solution. The junior from Ohio State had a heck of a career in Columbus, following in the steps of the Bosa brothers. After garnering some attention in 2018 with 10.5 sacks and being named second-team All-Big Ten, he came out and topped that in 2019.

This past season, Young racked up a nation leading 16.5 sacks to go along with 21 tackles for loss and six forced fumbles. His phenomenal play earned him first-team All-American honors, the Chuck Bednarik, Ted Hendricks and Bronko Nagurski Awards. He did all this while only starting and playing in 12 games as he was suspended for two games for receiving a loan from a family friend.

As arguably the best player in the 2020 draft class, let’s take a look at what Young brings to the table:

Size and Athleticism: Young is a physical specimen coming in at 6’5″ and 265 pounds. While he didn’t participate in any drills at the NFL Combine, you know he has rare burst and explosiveness off the edge from watching him play. His first step is remarkable as well and allows him to disrupt plays in the backfield with high frequency. His length also gives him a wide play-making radius and he has a knack for powering through blockers with ease.

High Motor and IQ: Young is a guy that is always playing at 100%. This is evident in the stats that he put up while being consistently double-teamed. This didn’t matter as he brought his A-game each and every play. Another skill that Young brings to the table is his knack for forcing fumbles. This is due to his awareness of targeting the QB’s throwing arm as often as possible.

If I could say none in this section I would. But without further adieu:

Pass Rushing Technique and Strength: While Young racked up over 30 sacks in his career at Ohio State, he will need to work on his technique to be successful at the next level. Young’s initial moves lack purpose when rushing the passer and he isn’t always the most instinctive player. He was also used to easily overpowering the lineman trying to block him but that will not be the case in the NFL. But strength should come with a professional workout regimen.

Big Game Disappearances: In the last three, and arguably most important, games of the Buckeyes’ 2019 season, Young was a no-show. He didn’t show up in the box score against rival Michigan, other than two quarterback hurries. In the Big Ten championship game versus Wisconsin, he had six tackles with no sacks. As for his last game as an amateur, he had two tackles and no sacks in the College Football Playoff Semi-Final against Clemson.

Young will fit into any team’s game plan and will make an instant impact in his rookie season. He is similar in size and stature to NFL studs J.J. Watt, Jadeveon Clowney and Myles Garrett. He could also become the first true playmaker for Detroit at the defensive end position since Robert Porcher wrecked havoc in the 1990s and early 2000s.

But Young, the belle of the ball of the 2020 draft, will only fall to the Lions if the stars align.

Hopefully for Detroit’s, and Matt Patricia’s, sake, they do.

All stats and measurements are courtesy of ESPN.com and NFL.com.