Patriots do not rest on their laurels, acquire Brandin Cooks, Kony Ealy 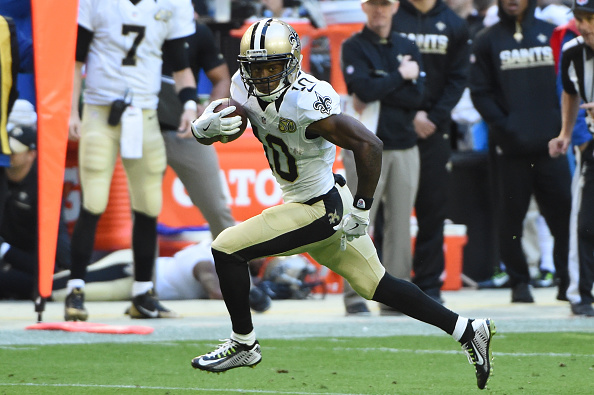 On Friday, the New England Patriots made two trades, acquiring defensive end Kony Ealy from the Carolina Panthers and star wide receiver Brandin Cooks from the New Orleans Saints. In the trade for Cooks, the Patriots acquired a 2017 fourth-round pick and in exchange sent a 2017 first-round pick and a 2017 third-round pick to New Orleans.

However, when it came to the trade for Ealy, the Patriots acquired Carolina’s 2017 third-round pick, while sending them a 2017 second-round pick in return.

The Patriots had been rumored to be very interested in the 23-year-old Cooks, and finally made the blockbuster deal. Cooks was the former 20th overall pick in the 2014 NFL Draft out of Oregon State and has spent his entire three-year career with the Saints.

He has been a dynamic playmaker in the Saints’ offense, with 215 receptions for 2,861 yards and 20 touchdowns in his career. Cooks’ most important statistic may be his career mark of 13.3 yards per catch, allowing him to showcase his blazing speed and ability to make things happen down the field.

This long-rumored trade even involved current Patriots cornerback Malcolm Butler. Ultimately, New England did not include Butler in the deal because he did not sign his restricted free agency tender.

On the Saints’ end, they will look to improve their defense in the draft, specifically the secondary as the past acquisitions of Brandon Browner and Jarius Byrd did not work out.

Meanwhile, the Patriots now have one of the most enviable receiving cores in the NFL with Julian Edelman, Chris Hogan, Danny Amendola, and Malcolm Mitchell, while also still possessing top tight ends Rob Gronkowski and Dwayne Allen. If the Patriots elect to clear a receiver out, Amendola appears to be a strong candidate, with slowing production and a hefty contract.

On the defensive end for New England, they acquired Ealy, who was a former second-round pick by the Panthers in the 2014 NFL Draft out of Missouri and spent the past three seasons in Carolina.

In his career, Ealy has been a factor with 43 tackles, 14.0 sacks, six forced fumbles and an interception. He became expendable for Carolina after the news came out that they signed former Panther Julius Peppers to a deal.

Nevertheless, the Patriots swung a trade for an impact player, who was on the market as a castaway and moved back just eight spots in the draft (64 to 72) to do it. Patriots head coach Bill Belichick has long been regarded as one of the most active draft pick traders in football and has no issue moving back to get players who fit his scheme more effectively.

Ultimately, New England sees Ealy as a long-term replacement for Jabaal Sheard, who signed with the Indianapolis Colts in free agency. With Ealy now in the fold playing alongside Malcom Brown and Trey Flowers, the Patriots have continued to make their defensive line one of the most talented and youngest in the NFL.

View All Posts By mckeonam

View All Posts By mckeonam