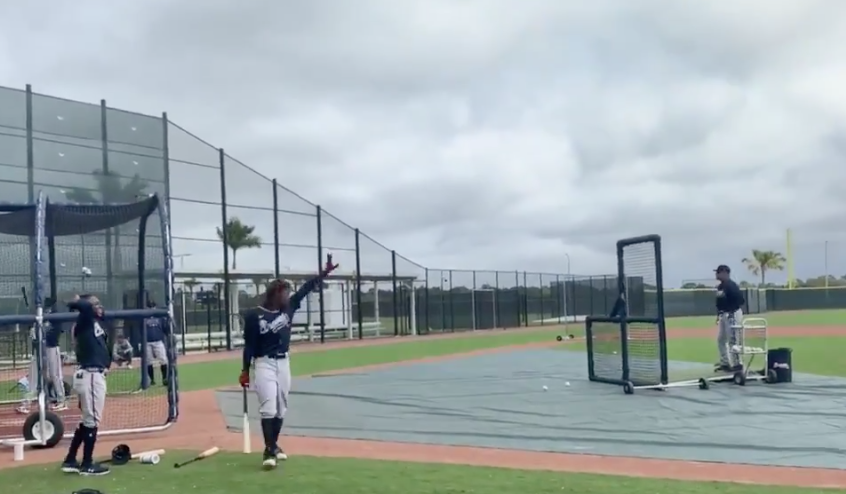 Acuna did struggle with consistency last season, appearing to take a step back from where he was in 2018. But he’s worked hard over the offseason, and he apparently has been working on limiting his strikeouts.

He does, however, still have ridiculous opposite-field power, as he showed during a recent spring training practice. Acuna stood in during a batting practice session, and he proceeded to crush 11 consecutive opposite-field home runs.

After some light harassment from Ron Washington, @Braves Acuña proceeds to flick 11 HR in a row to opposite field. Easily hit over 25 in BP and it may have been the greatest show in BP I’ve ever since Mark McGwire hit the Coke Bottle at Turner in 97’… @FOXSportsBraves pic.twitter.com/K9L3mZlvuH

Pitchers beware of pitching him away — Acuna can go oppo with ease.