SF Giants’ Plan for 2018: Slap a Team Together to Keep the Money Rolling In 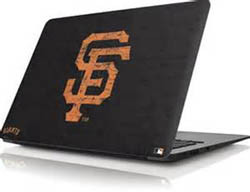 The one thing you have to say about the state of the San Francisco Giants is that the team’s front office executives actually seem to have a baseball plan for 2018, and they are proceeding forward with its implementation.

Which doesn’t suggest that, a) it’s a good baseball plan; or, b) it’s a plan that in any way creates or supports sustainable excellence for the San Francisco Giants in or beyond 2018.

I mention those two points because of this: the San Francisco Giants’ plan is not a good baseball plan, and the plan doesn’t support sustainable excellence for the Giants now or in the future.

Because all the moves being made this off-season are strictly about the economics of baseball’s wealthiest MLB franchise—ensuring that San Francisco’s enormous revenue streams continue to flow freely and the fanbase is tossed just enough chum so they don’t abandon ship.

If that sounds a little harsh it is because the high stakes business environment of Major League Baseball is a tough, unforgiving playground. You either continue to move ahead or you’re on the outside of the playground looking in.

And the San Francisco Giants organization has built a brilliantly successful business empire and it’s growing in leaps and bounds. Actually, more like bounding leaps.

But the Giants are much more like Walt Disney World than they are like a successful baseball franchise.

Because like Disney World, there’s no way the San Francisco Giants can shut down their mass entertainment venue, even for a second. Because AT&T Park is a prime money generating destination, whether it’s from national and local TV revenue, from MLB’s generous cash distributions to each club, or from the Giants’ pliant, easily manipulated fanbase.

Whatever “baseball” problems need to be fixed will only be fixed with all the rides, attractions, and concessions going on at full speed. Because the customers need to see that it never stops.

Which means there’s only so much you can do on the baseball side before you start getting in the way of that enormously long line of dump trucks filled with cash continually rolling up to AT&T Park.

So not only will the Giants never do a “total rebuild”, at this point they can’t even do a “rolling rebuild” the way the New York Yankees did the past two years. Because Disney World has to appear to be open for business and always loads of fun 24/7.

So how does baseball’s wealthiest franchise work around this annoying problem?

The Giants’ bottom-rated farm system prevents the front office from making high impact trades or getting quality minor league prospects in deals with other organizations. And San Francisco’s ownership would prefer to stay under or near the $197 million luxury tax line in the sand.

Those two immovable rocks led the Giants to recently trade away three of the very few quality minor league prospects in their organization for two aging veterans—McCutchen and Longoria. Both of whom were simply salary dumps by their former clubs.

Think about this. San Francisco had one player on MLB’s top 100 prospects, third baseman Christian Arroyo. To get the 32-year-old Longoria, the Giants traded 22-year-old Arroyo and two promising minor league pitchers, besides picking up most of Longoria’s long-term contract.

In the McCutchen deal, the Giants had to pay $12 million to rent Andrew McCutchen for the 2018 season. But they may have also given up something much more important, and valuable, than mere money—two minor league players with enormous potential.

Sent to the Pirates in the McCutchen deal were pitcher Kyle Crick, 25, who has the potential to be a very effective bullpen piece. And in the modern game, effective relief pitching is now foundational for winning teams.

But the most damaging part of the McCutchen trade for the Giants could be the loss of 22-year-old outfield prospect Bryan Reynolds. In his first two minor league seasons Reynolds slugged 69 extra base hits with an .832 OPS in 177 games.

Bryan Reynolds could end up being the only name remembered in this deal– as a member of the Pittsburgh Pirates.

So, did the Giants just make two bad trades? Absolutely not.

While the actual value of individual minor league players is being assessed more precisely than ever, how those players develop at the big league level always remains to be seen.

Poor management of the Giants’ organization the past five years has put the team in a difficult position; because of that, San Francisco was forced to trade what little minor league talent they had in order to address critical needs at third base and the outfield. In doing so, they picked up two legitimate run producing veterans.

Now that the Giants continue to stumble down the old-player road, they need to complete their make-up makeover.

One of the following available free agents needs to be playing in center field at AT&T Park in 2018: Carlos Gomez (about $12 million/yr), Cameron Maybin (about $10 million/yr), Jon Jay (about $9 million/yr), or Austin Jackson (a piddling $2 million/yr).

But even if yet another aging “name” player joins the team, is there anyone who seriously believes the San Francisco Giants have made themselves competitive in 2018 with the Los Angeles Dodgers, the Arizona Diamondbacks, or the Colorado Rockies?