Spurs use strong second half to crown Kings 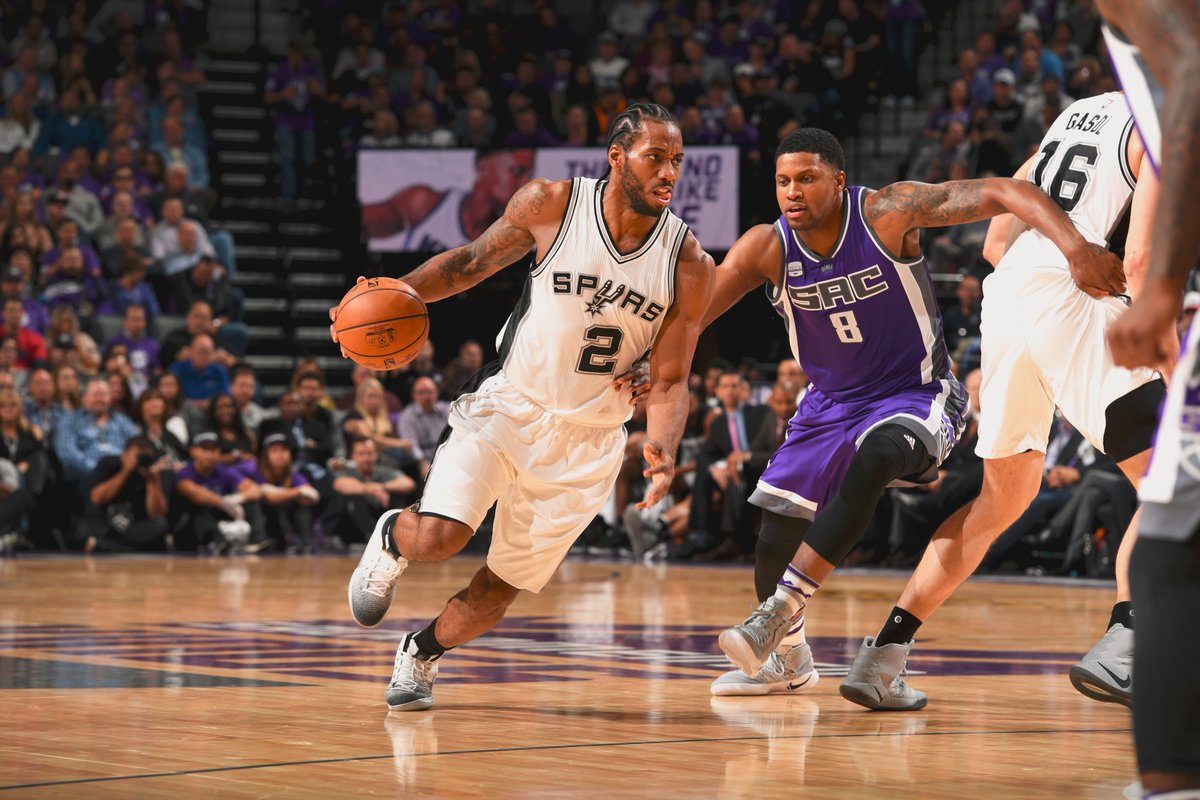 Gregg Popovich wanted Kobe Bryant to mentor Kawhi Leonard this past offseason. If those meetings took place, the work put in has been evident in the first two games of the 2016-17 season.

Leonard scored a team-high 30 points to go along with five steals as the San Antonio Spurs earned a 102-94 win over the Sacramento Kings inside the brand new Golden 1 Arena on Thursday night.

LaMarcus Aldridge had 16 points and five rebounds, while David Lee and Dewayne Dedmon both added 12 off the bench for San Antonio, who swept their brief West Coast trip to open the season.

The Spurs struggled early from the field as the Kings went on an 11-2 run and took an 11 point lead in the second quarter.

San Antonio found their footing on offense in the second half, while using aggressive defense to halt the Kings scoring. The Spurs went on a 21-5 run to end the third quarter and allowed just 14 Sacramento points.

The Kings were led by DeMarcus Cousins’ game-high 37 points and 16 rebounds. Rudy Gay added 17 points and seven rebounds for Sacramento (1-1), who fell in the opening of their brand new arena.

Up next: The Spurs are now 2-0 on the season and will return home to host Anthony Davis and the New Orleans Pelicans at 7:30 p.m. at the AT&T Center on Saturday night.