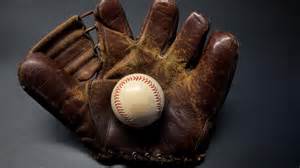 In honor of the 135th season of the San Francisco Giants Major League Baseball franchise, I will be profiling the very first iteration of the club, the legendary 1883 New York Gothams.

I will provide weekly updates on the evolution of that historic club and reveal the strange, fascinating, and obscure characters whose stories were told on the pages of contemporary newspapers.

Since the New York Gothams schedule began on May 1, 1883, I will spend this week discussing how the Gothams came to be and, trust me, it’s gonna get weird. The Mutual Club of New York, aka the Mutuals, were inaugural members of the newly formed National League.

Along with the Philadelphia Athletics they were supposed to be the flagship clubs in America’s two largest cities at the time.

But it wasn’t to be.

The Mutuals and Athletics were both struggling and mired near the bottom of the standings. As a cost saving measure both clubs decided they would not complete the final scheduled road trips of the 1876 season.

The end result was that t he Mutuals and the Athletics were expelled from the National League. And neither New York nor Philadelphia would have a major league club again until 1883.

In 1880, along with mediocre minor league player James Mutrie, Day formed the New York Metropolitans aka the “Mets”.

In 1882, the Mets were offered a slot in the newly formed major league American Association, but turned it down for a more lucrative schedule playing against National League clubs. To put this in contemporary terms, imagine if the San Francisco Giants ownership started a rival club that would also play in San Francisco but in the American League? That would seem weird.

But that’s the world John B. Day created as the New York Gothams began their first season in the Spring of 1883.

Next week, we’ll look at the Gothams roster and you’ll learn how an expansion club ended up with four future Baseball Hall of Famers in the starting lineup.

Thanks to Bill Lamb who wrote a great biography of John B. Day for the Society for American Baseball Research (SABR) that was the source of much of this info.

Learn more about Justin Mckinney in “Staff” at the top of the page.