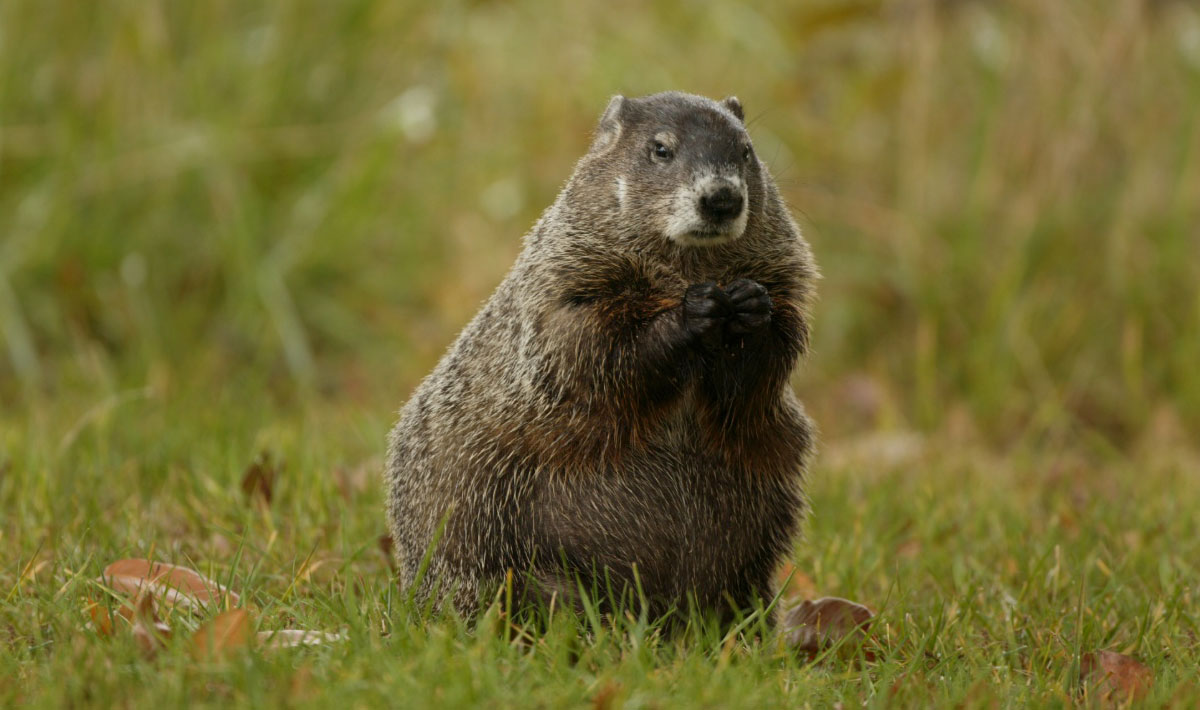 Last spring, my wife saw a varmint scampering across the backyard, and I figured it was either a woodchuck or a groundhog, which instigated a spirited conversation. What’s the difference between a groundhog and a woodchuck? It turns out, nothing. In fact, in addition to “groundhog” and “woodchuck”, according to Wikipedia:

That’s a total of 15 different names for the same animal, and frankly, most of them are terrific. The whole read about groundhogs is amazing, and the animal is my new favorite critter.
Speaking of my favorite things, I’d long been curious about the engine behind Out of the Park Baseball. It has a function that allows for league evolution, which just seemed interesting to me. Teams, if you let it run long enough, can move, or leagues can expand, rules can change, and I’m not sure there is another game like that. You can also create historic games, so the skill and style is representative of the era. I wanted to see how this would work, so I wanted to start a league from 1871, and just see what would happen as time marched on.
I didn’t want to use the existing MLB teams of the era, so instead, I wanted a batch of new teams. Having just listed all the different names for woodchucks, I’m sure you can see where I am going with this. Of course, OOTP requires an even number of teams, so I included the Punxsutawney to make a 16 team league. I also awarded a team to Montreal – the Siffleux, and Vancouver – the Canada Marmots, as the names really indicated that they should belong in Canada. Lastly, I picked the Weenusks for Victoria, MN, my home town. Then, I selected at random, 12 other host cities to pair with these woodchuck related team names, using a collection of the 350 largest statistical areas in the country. I figured this was more realistic for 1871 than simply picking the largest cities in the country.
Ultimately, this led to 2 8 team divisions; West – Vancouver, Victoria, Sacramento Groundpigs, San Francisco Wood-Shocks, McAllen Whistlepigs, Mansfield Red Monks, Owensboro Thickwood Badgers and the Dothan Moonacks, and in the East, Punxsutawney, Montreal, Jacksonville (NC) Groundhogs, Virginia Beach Chucks, Bangor Woodchucks, Winchester Wistlers, Greenville (SC) Land Beavers and Ithaca Monax. I simulate a month or so a day, and am now about 10 years in. The league, in that time, has expanded (to Chicago, the Screaming Eagles, and Houston, the Toreros) with both teams added to the East, and named and branded by the computer, and are therefore the bad guys, in my opinion. Additionally, the league has changed the schedule length (to 128 games), added the DH to the West and most recently, expanded secondary rosters for 42 players. Victoria and McAllen have been to a combined 7/10 Woodchuck World Series, while it has been a bit more equitable in the east, though the East has won 5 of the last 6. Montreal and Punxsutawney have been the best two teams there, long term.
Yesterday, MLB and the Players association failed to reach an agreement on a new CBA, and the league has decided to start cancelling games in the regular season. Two years ago, many outlets started using Out of the Park to simulate games of the 2020 season as the pandemic was just beginning to take hold. This year, the offseason was kneecapped before it could be completed, so even if anyone wanted to run a similar simulation, there would be so many free agents, and teams not fully realized, it would be a pretty shambolic representation of how the season might actually go.
More importantly, this was foisted upon us by the league, who are so disinterested in their players or fans that they would rather try to break the union, and save a small percentage of their revenue than put the product that so many of us love on the field, and I don’t want to pine for MLB and the owners who have put us in this situation. So think of this as my way of coping for the loss of Major League Baseball this season, and for thumbing my nose at the brands that have brought about this work stoppage.
If you like silly simulations, then be prepared to enjoy the heck out of Woodchuck Baseball. If you don’t then by all means, blame Rob Manfred and the owners, because I don’t have any real baseball to talk about it until they end the lockout.