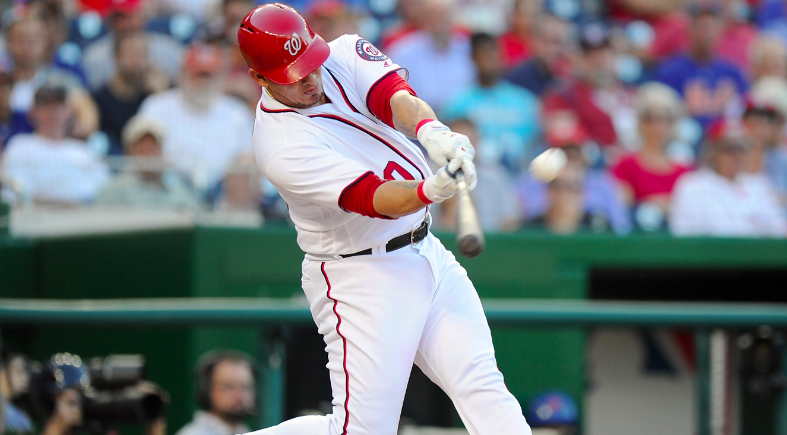 Compared to previous years, the 2016-17 MLB free-agent market leaves a lot to be desired, but that doesn’t mean there still aren’t intriguing players to follow as they search for new homes.

Like everyone else, I knew this winter’s class of available players wasn’t great, but the reminder was an unpleasant one while looking at the list again this week. Seriously, just take a look at who is expected to hit the market at shortstop and third base this year and tell me that doesn’t make you shake your head.

With that in mind, it means the few MLB free agents who would’ve been rather intriguing during a normal winter get super intriguing this winter. The following six players have unique situations that will shape their trip into the market over the coming months, and here’s why it’s worth following them on their journey.

For most of 2016, it appeared Ramos was putting together a career year at the perfect time, posting a personal-best 3.5 fWAR off the strength of a .307/.454/.496 triple slash with 22 home runs and 80 RBI. Matt Wieters was his only true competition in the catcher market, meaning he’d be in high demand for teams in need of a backstop.

That’s why the timing of his torn ACL in the final week of the regular season was so unfortunate. Not only were the Nationals left without their starting catcher for the playoffs, but Ramos’ next contract situation also got a lot cloudier.

He’s still seeking a four- or five-year deal, but it’ll be intriguing to see who shows interest. Ramos himself admitted that an American League team could be a better fit because of the designated hitter, so he shouldn’t be expected to take on most of the catching workload wherever he goes next.

As great as his offense was this year, his work behind the plate was possibly even more valuable – he threw out 37 percent of base stealers and has been one of the better pitch-framers in the game.

The silver lining is that Washington won’t extend a $17.2 million qualifying offer to Ramos in wake of the injury, so that won’t be weighing down his market. The Pittsburgh Pirates had a ton of issues with their starting rotation this year, but pitching coach Ray Searage had a little magic left for Nova upon his arrival in August.

When the New York Yankees dealt him prior to the non-waiver trade deadline, the right-hander was struggling with a 4.90 ERA and 1.36 WHIP through 97.1 innings of work. With the Pirates, he performed a J.A. Happ-like turnaround; posting a 3.06 ERA and 1.10 WHIP in 64.2 innings.

Being more aggressive within the strike zone fueled Nova’s resurgence, as Jason Rollison of Pirates Breakdown shed some light on a drastic increase in first-pitch strikes. But is this sustainable? Can he be trusted to keep this up? Pittsburgh certainly thought so since they tried signing him to an extension before he hit the open market.

It doesn’t look like he’ll return to Pittsburgh if he sticks to the five-year, $70 million baseline he set last month. That seems steep for a pitcher of his caliber and track record, but with a barren free-agent market and 36-year-old Rich Hill likely being his biggest competition, he’ll get at least close to that from someone. Turner’s competition at third base this winter includes Aaron Hill, Ruben Tejada, Luis Valbuena and Yunel Escobar (if his option gets declined). He’s far and away the best option available, but being a late bloomer could complicate his market a bit.

The things that could work against Turner are his age and injury history. Since it took him a while to become the player he is today, he’ll be entering his age-32 season in 2017. He’s also a year removed from microfracture surgery in his knee, which was probably part of the reason why 2016 got off to such a slow start (.678 OPS through the end of May).

One would imagine the Dodgers will try to retain him, but there’s a chance they won’t if Turner’s price gets too high – especially since Los Angeles is focusing on getting younger. It should come as no surprise that Cespedes will opt out of his current three-year deal with the Mets. A quad injury slowed him down during parts of 2016, but he put up his second consecutive 30-homer campaign and is easily the most talented all-around player on the market.

Jon Heyman of Today’s Knuckleball reports the Mets are still in the running for Cespedes’ services, but ESPN’s Adam Rubin says the Cuban will be in search of at least a five-year deal. That means the money should hover around the $100 million mark, likely taking New York out of the running.

Who else will be interested enough to go after him? He’s a legit middle-of-the-order bat with Gold Glove-caliber defense in left field, which is a package that can’t be found anywhere else in this winter’s free agent class.

The market for elite closers will be crowded, as Aroldis Chapman, Kenley Jansen and Melancon all need new contracts.

The first two will be highly sought after and will likely break records with regard to the deals they’ll sign, but Melancon is no slouch. He doesn’t have the type of fastball velocity Chapman or Jansen bring every night (career fastball velocity of 92.8 mph), but he’s been highly effective.

Since the start of 2013, which spans 290 innings pitched, the right-hander has accumulated an eye-popping 1.80 ERA, 0.91 WHIP, 268 strikeouts and 147 saves. Chapman and Jansen are both top-flight relief pitchers, but whomever lands Melancon could get the same kind of production at potentially a fraction of the cost. The last year has been a roller coaster for Desmond. After his production bottomed out with the Nationals as a shortstop in 2015, he resorted to being an outfielder for the Texas Rangers on a one-year, $8 million deal.

A brutally slow start in April (.685 OPS) led to a red-hot May and June, and before we knew it, he was representing the Rangers at the All-Star game in July. Even with a disappointing .237/.283/.347 line in the second half, he’s rebuilt his value and is an intriguing option for teams in need of versatile players (who isn’t?).

Desmond did cut down on his strikeouts (29.2 percent in ’15 to 23.6 percent in ’16) and showed more plate discipline (Swing% decreased three percentage points while his Contact% slightly increased) this season, which is a great sign. Unlike last year, he can have his choice as to whether he wants interested teams to view him as an outfielder, shortstop or in a super utility role.

The free-agent shortstop market is even more pitiful than third base, so Desmond has a case here. A team that’s an interesting fit – without yet considering the financials – is the Seattle Mariners. Ketel Marte took a step back at shortstop and while the organization hasn’t lost faith, they think some more seasoning in Triple-A would be helpful.

Employing Desmond as their shortstop for now would fill that void, and when Marte is deemed ready, he could simply shift to the outfield. Whatever the outcome, he made the best of a bad situation from last winter and should now be able to take advantage.

Which MLB free agents are you most intrigued to follow once the Hot Stove gets going this offseason?