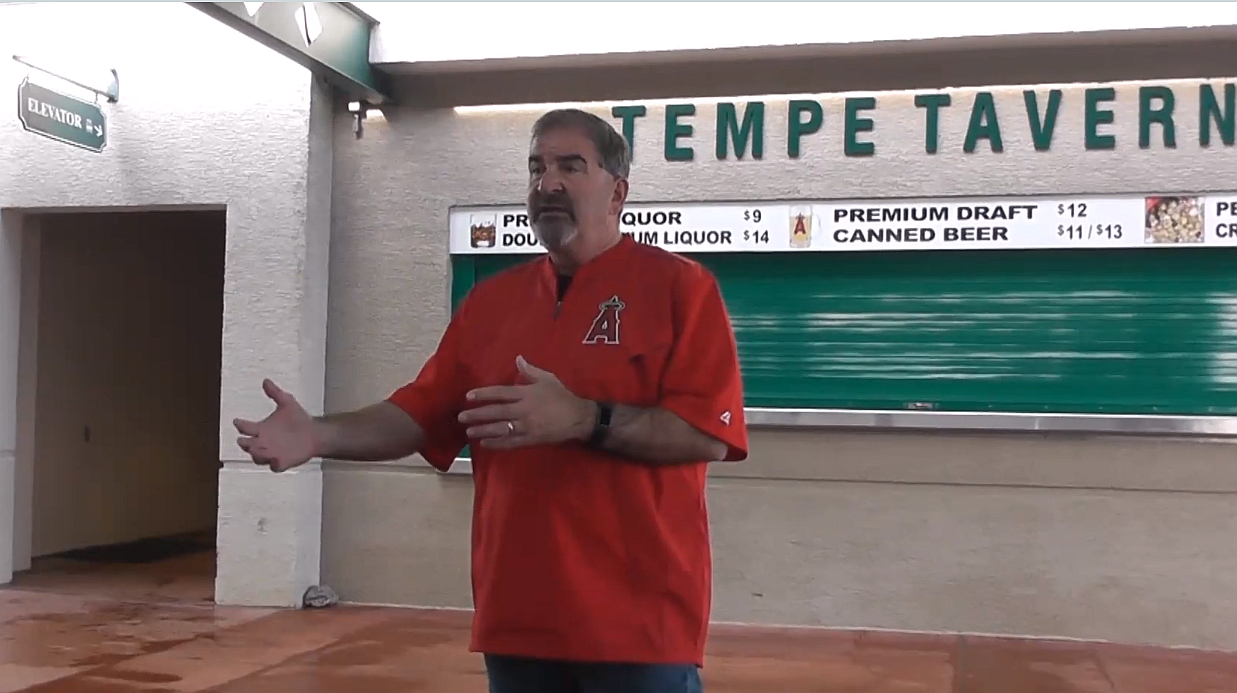 For AngelsWin.com fans, one of the highlights of Spring Training is when we get to talk with Tim Mead, the Los Angeles Angels’ Vice President of Communications. Commonly known as the “Dugout Talk”, it’s a chance for fans to get to hear from an insider about all the Angels’ offseason efforts and what’s going on in Spring Training.

The best part about it for us, the fans, is that Tim doesn’t pull any punches. He answers questions as best and honestly as he can. And, he doesn’t shy away from the tough questions–whether it’s about an offseason transaction or about part of the overall entertainment experience at the stadium. It’s a chance for fans to get their questions directly answered in an unusually candid conversation.

Originally this talk started behind the Angels dugout. But, as the Angels’ Spring Training camp grew, and as the media presence expanded, and with the occasional help from the weather, we have often had to relocate to one of the food court areas in Tempe Diablo Stadium. No matter where it’s held, though, what remains constant is the nature of the questions and answers given.

One minor program note: At approximately 17 minutes into the recording, there was a minor technical issue that forced some of Tim Mead’s answer to a question to be cut out. Rather than deleting the entire question and answer, we kept the portions that were salvageable because in that portion, Tim gives worthwhile information.

So, relax, put your feet up, and enjoy watching Tim Mead’s talk with AngelsWin.com. It’s some of the best baseball you’ll hear.