What Would A TBT Westchester Knicks Alumni Team Look Like? 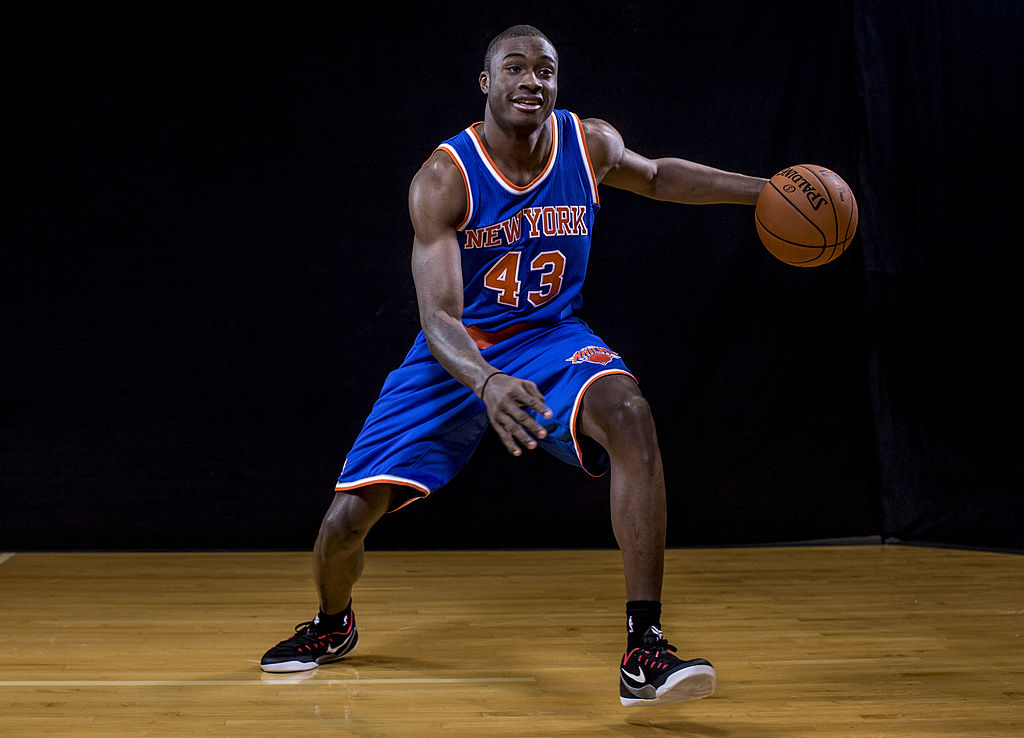 First off, congratulations to Overseas Elite for winning the 2017 The Basketball Tournament. The three-time TBT Champions fought hard out of the South region and defeated Team Challenge ALS to win the championship and $2 million grand-prize. After three years of competing in TBT, Overseas Elite (19-0) remains undefeated.

Every summer, the TBT features countless NBA G League alumni. One team in particular, the Fort Wayne Champs (formerly Ants Alumni), has competed each year, even making it to the semifinals in 2015. This team is known for featuring former Fort Wayne Mad Ants, including Trey McKinney-Jones, Adam Woodbury, and Travis Leslie.

In the past tournament, eight Westchester Knicks players qualified for the summer spectacular. Out of those eight, five of them (Sean Marshall, Kevin Capers, Jordon Crawford, coach Jimmer Fredette and Lasan Kromah) made the 64-team bracket.

While playing for Westchester, many players have developed special chemistry together, which led to great success on the court. If given the chance to team up again (or perhaps some, for the first time), how far could they all go together? What would such a team look like? Let’s explore the possibilities.

*Note: Players under contract to an NBA team aren’t allowed to enter The Basketball Tournament. That means Langston Galloway, Chasson Randle, and Ron Baker wouldn’t be able to suit up for the team. Those that have participated this year on their respective teams, may return to their same team next year, which means they aren’t included.

Let’s start at the point guard position. This group would need a facilitator that could run the team’s offense: someone who could get his teammates involved and help get them good shots.  In his first season with the minor league Knicks, Trice developed great chemistry with Jimmer Fredette. Along with his playmaking, the Michigan State product was efficient with his mid-range game. When he returned for a second stint with the team, the 6-foot-2 guard displayed an improved three-point shot. Despite a short sample of games (nine), Trice connected on 51.6 percent of his threes.

Trice knows what it takes to win. He helped lead the Spartans to a Final Four appearance in his senior season. He was a part of the Dub Knicks that made the playoffs for the first time in franchise history. When Trice joined Cairns Taipans for the 2016-17 season, the team went 15-13 and made it to the semifinals of the 2017 NBL Finals. His winning mentality would be a huge asset for this team.

During Trice’s time in Westchester, he played alongside some great guards who could shoot the ball well.  Not only would Trice work well with Wafer due to what he’s shown previously, but Wafer has shown he can be a productive scorer at any level. Throughout his 12-year career, the Florida State product has competed in the NBA, NBA G League and overseas.

Wafer has performed well at every stage of his career. While Wafer and Trice have never played a minute together on the court, the duo could work well together based off what each has done during their time in Westchester.

Throughout his time in the NBA G League, Antetokounmpo displayed freakish athleticism and a toughness on the defensive end. With a 7’0” wingspan, Antetokounmpo has shown he can grab a steal, push it in transition, and finish with a powerful dunk. If an opposing defender leaves him open for a brief second, Antetokounmpo will make them pay by soaring up for an alley-oop.

His defense was valuable during the 2015-16 season, which helped boost the Knicks to one of the defenses in the NBA G League. After what he did during that season, Antetokounmpo became the third player in Westchester Knicks history to receive a call-up behind Langston Galloway and Jimmer Fredette.

Wright joined Westchester during the 2015-16 season. When he came to town, Wright was able to make an impact upon joining the team. As the season started to wind down, the Harvard product maintained his production when he entered the starting lineup.

Wright returned to the team the following season and continued to be a productive player for the team. During the 2016-17 season, the 6’8″ forward came up big in many moments. He delivered the game-winning block against the Santa Cruz Warriors and recorded a huge tip-in on the road against the Raptors 905. Throughout his tenure in Westchester, he has displayed his defensive prowess and strong work ethic, which is something Wright describes as outworking and being a problem for the opposition.

During the 2015-16 season, the Westchester Knicks had one of the top defenses in the NBA G League. The team had a shot blocker that made opposing players think twice about driving to the basket. There’s no better center to have on the roster than a player who has block in his nickname, as he is known as BLOCKchynski.

Bachynski has shown he can also have a huge impact on the glass, which was huge for Westchester in his lone season with the team. While he’s not known for his offensive game, this team can put him in good situations where he can thrive on the offensive end. The Arizona State product displayed what he could do on the offensive end, which was evident in his 31 point performance on a perfect 14-of-14 from the field against the Maine Red Claws. With that being said, Bachynski would give this team a shot-blocking and rebounding presence.

Cleanthony Early was selected by the New York Knicks with the No. 34 pick in the 2014 NBA Draft. In his rookie season, he spent most of the season (39 games) with New York, while spending three games in Westchester. The following season, Early spent seven games in the NBA G League. On Nov. 30, 2015, the Wichita State product notched a double-double (19 points and 13 rebounds) in a win over the Drive. During his time with Westchester, Early showed he can score the ball and rebound, which will be huge for this team off the bench.

Coming off the bench, Fells can bring many things to the table that makes him an asset to this team. A veteran of eight years, Fells has played for three teams in the NBA G League (Westchester, Austin Spurs and Texas Legends).

During his time in Westchester, Fells had a stretch of games (seven) where he scored in double figures. Not only has he shown he could provide scoring off the bench, but he can rebounds, pass and be active on the defensive end. Fells proved his value with the Knicks and he would bring that same energy with this team.

Summers spent a short time with the G League club before suffering a left Achilles tendon injury. In his brief stint with the team, he played a huge role in the Dub Knicks’ early success. Not only was Summers producing on the offensive end— he recorded 28-plus points in two games— but he was rebounding the ball at a high rate while getting involved on the defensive end.

In his three games with the team, Summers averaged 25.3 points, 10.3 rebounds, and 2.0 steals per game on 54.4 percent shooting from the field. After those games, he was awarded the NBA G League’s Performer of the Week for Nov. 23, 2015, which made him the first Westchester Knick to win that award. Based off that small stretch of games, Summers played a significant role in the team’s success early on in the 2015-16 season and he would give this team similar production.

During the 2016-17 season, Bond made his rebounding presence felt while expanding on his perimeter game.

Along with his rebounding presence, Bond can score in the paint and knock down a jumper. He displayed good passing for a big, totaling at least five assists twice in a seven game span at the beginning of the season. The Temple product finished his rookie season by recording 22 points, 10 rebounds, three assists and two blocks against the Long Island Nets. Bond had an impressive season with Westchester where he made a contribution to the team. With that being said, he could make a big impact on a TBT Westchester Knicks alumni team.

After seeing the Fort Wayne Champs perform in the Basketball Tournament after having success in the NBA G League, it would be intriguing to see other alumni from NBA G League teams form and compete in TBT.

How would this Westchester Knicks alumni team fare in the Northeast region, if they qualified for the 2018 The Basketball Tournament?