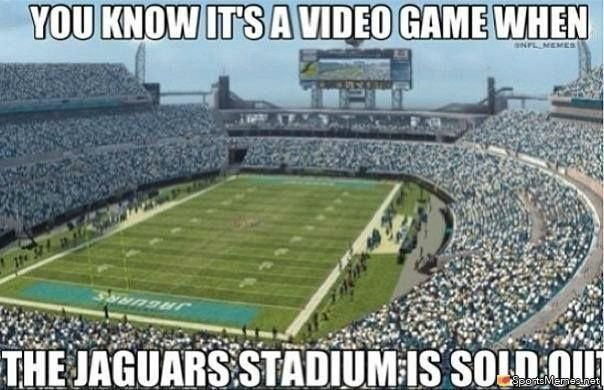 Who:  The “blowing their shot at a better draft pick” Indianapolis Colts vs. the Jacksonville Jaguars.

When:  4:25 PM Eastern, Sunday, December 30. TV: CBS: It’s Sunday, 12/23 as I’m typing this, and I guarantee you we’re getting Spero Dedes and the oft-concussed Adam Archuleta for this game. I’ll check back on Wednesday to see if I’m right. Another thing: as I was typing this, a notification came over that the league has decided to move this game to the late afternoon. Ugh. This change also means the game will conflict with the IU basketball game. Screw you, NFL.

It’s Christmas now, and guess what? I was right. Spero Dedes and the oft-concussed Adam Archuleta are indeed on the call. It hurts to be so good.

No, no, no, not that guy. It’s a few days from Christmas, Hanukkah began this evening, it’s the giving season. For the Colts, the giving season began in Week 1. Chargers, Raiders, Dolphins, Steelers, take your pick. Change one of them to a win and right now the Colts are the 6th seed in the AFC, and no matter what anyone else does this week, would only need a win in this game to clinch a playoff spot. The flip side is the Colts could also be entering this game looking for win number 3.

Carolina was also in the giving spirit Sunday. Playing with an interim coach and a QB making his first NFL start, they were literally interested in nothing but trying to get Christian McCaffrey a receptions record. Yeah, they packed it in. Well, everyone except Vernon Butler Jr., who made sure to let the fans know who was #1 as he left the stadium following his ejection for a cheap shot on Jack Doyle. 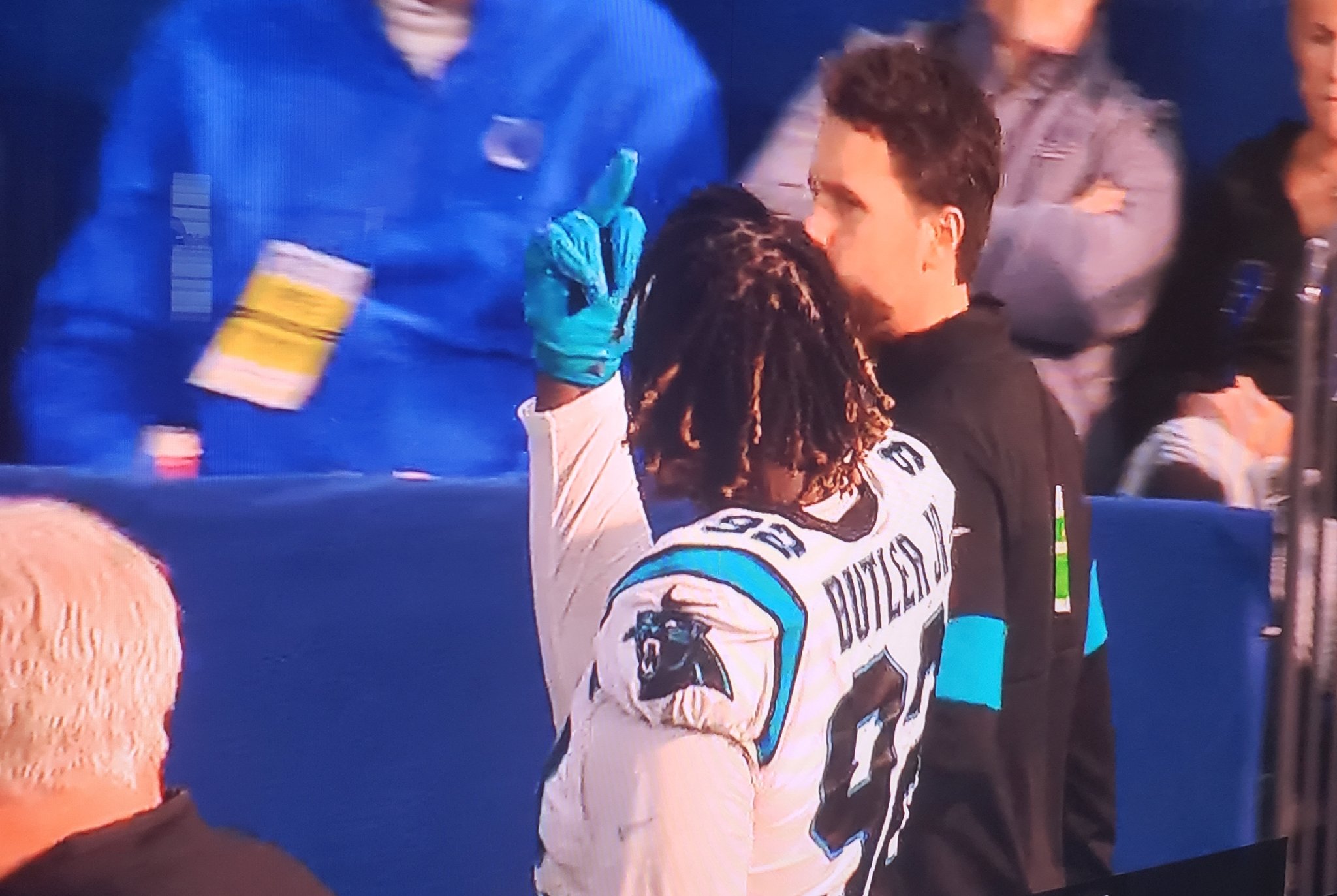 So, the Hags. What an embarrassment of an NFL franchise. So uninspiring. Remember a couple of years ago when Tom Coughlin took over and they inexplicably became good? Everyone in the media kissed his rump. After water found its level again, Coughlin was fired after two mediocre seasons and allegations that he was mean to players. The same media has dogged him left and right. What have you done for me lately?

TIAA Stadium features two pools. Fans can swim, drink, relieve themselves, and watch the home team lose, all for a lot of money. For those of you who may be unfamiliar with these pools, here’s a shot from the last home game at TIAA Stadium: 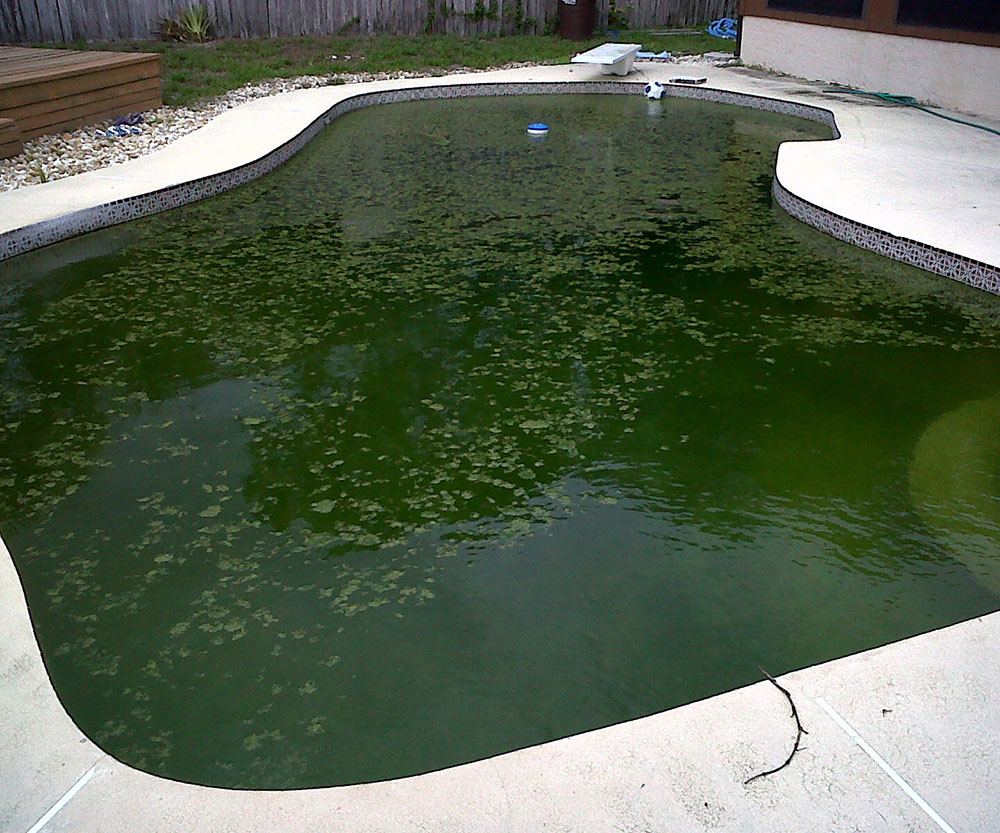 Apparently one of the reasons Coughlin was fired is because of his refusal to allow the team to pay for gangrene shots for fans who purchased pool tickets. Guy just couldn’t win.

It’s 0-0 late in the 3rd, as neither offense can seem to get going . but finally the Hags show some life. A trio of 3 yard runs by Leonard Fournette set up the Hags for 4th and 1 from the Colt 39, but genius head coach Doug Marrone trots out Josh Lambo to attempt the 56 yard FG instead. The atmosphere in the pools is lit. The Jags are going to score!

Shortly before the snap, a disheveled looking man with a full beard, and wearing swim trunks and no shirt, races from the pool. He times it perfectly and blocks Lambo’s kick. The ball bounces into the hands of George Odum, who takes it in for the score. Touchdown!

Security soon converges on the man, but he eludes them and races towards the tunnel. He’s almost never seen again, but at the last minute his swim trunks fall and trip him up. The man is taken into custody, and, after a review, the officials rule the Hags can kick again. Lambo misses. Justice is served.

After the game, Jacksonville police confirm rumors that the disheveled looking man taken into custody is Andrew Luck. That’s right, folks. He’s been to every game this season. When asked by police to provide a statement, Luck only says “I gave my heart to this team!” Luck is charged with trespassing and indecent exposure, but a court appointed evaluator deems him fit

Please come back, Andrew. I didn’t work you into every single one of these articles for another season of Jacoby Brissett.

I’ve struck out multiple times asking for guest help on this one. #Moose said they’d win “because it’s a new year.” Clearly she doesn’t realize this is the last game of the season. Have I failed as a parent? Sigh.

Danielle is a Bears fan, so I couldn’t even bring myself to ask her about this game, or Super Bowl XLI. I may have gotten into trouble if I’d asked about the latter. But my goodness *fans self*

Marcus: “Will the Jaguars decide to start a third string QB? That was the key to last week’s win, sadly.” Llama face.

Jodi: “Because they got nothing to lose.” The first single KISS ever released was “Nothin’ To Lose.” It’s about the backdoor, if you get what I’m saying.

On this note, I will move on.

I am serious – and don’t call me Shirley. This is it, folks. No more articles this season. Damn. I love football season. If you’re one of the 5 people who read this article every week, you love it too. It’s went by way too fast this time around. This sucks.

To you the reader(s), I cannot thank you enough. You’re why it happens. It’s a labor of love. I hope you understand it’s not as easy as it looks.

Since it’s the last score more of the season, let’s go out with a bang by giving our beloved #BaellieJ a shout out. It’s my understanding her family has added another member, so she has a balanced meal if you will, and is doing way better and more important things than prancing around as a Colts cheerleader, but she’s still missed. 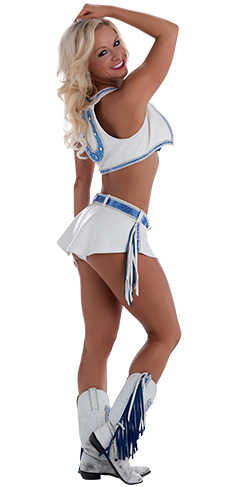 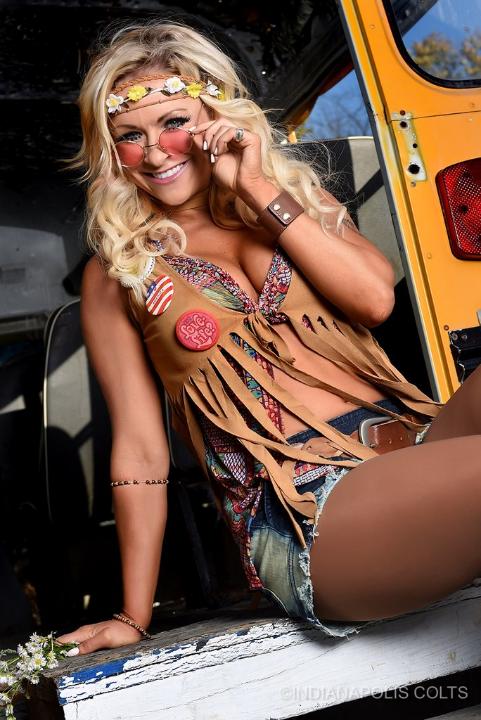 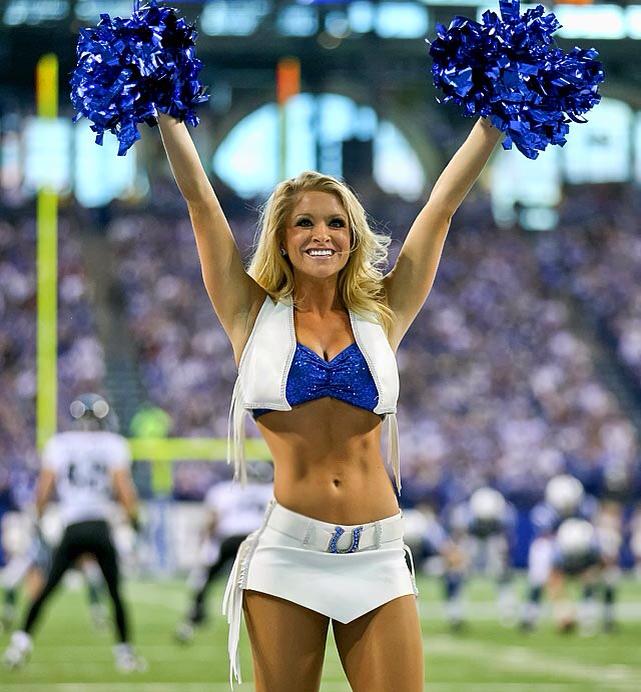