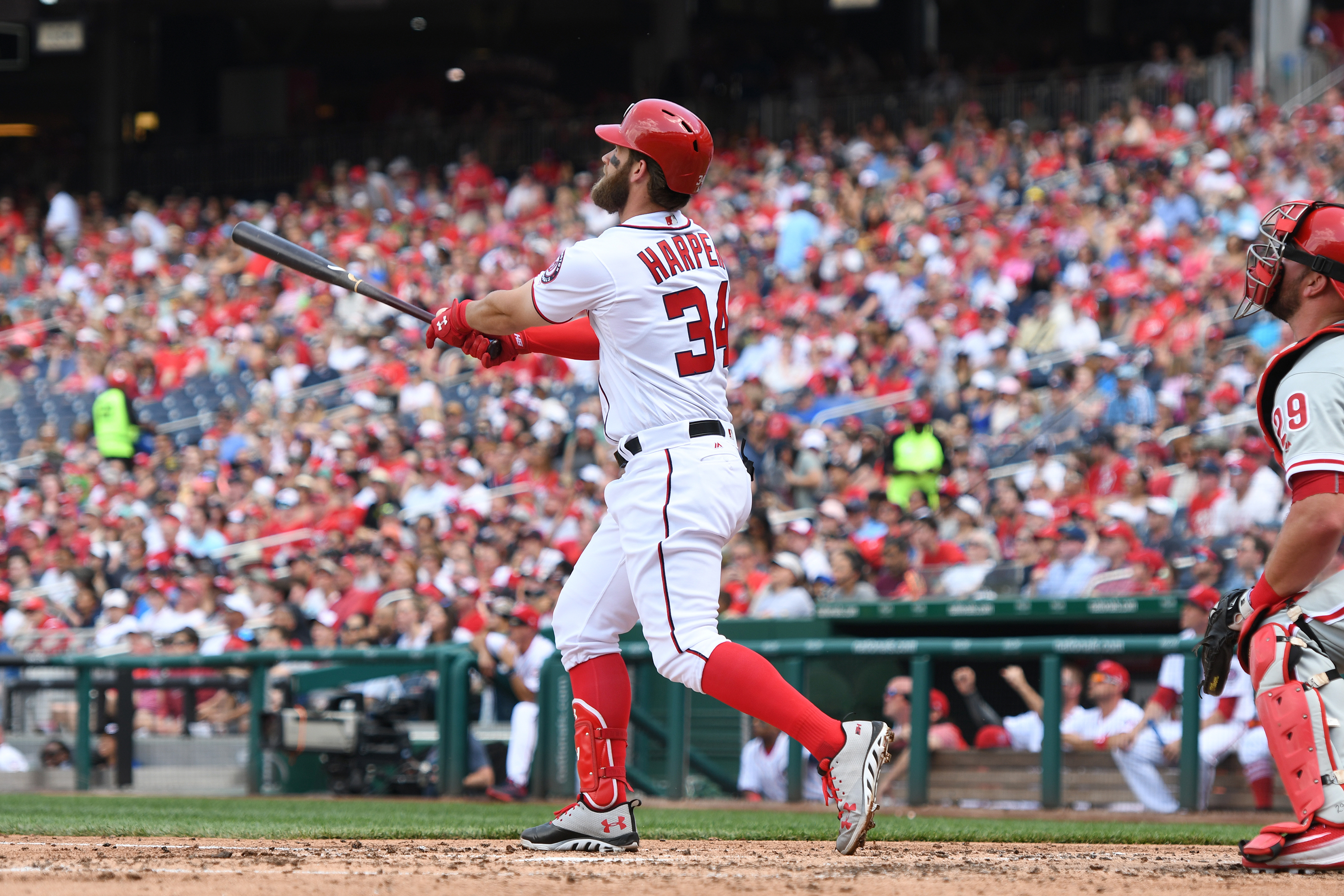 There are only three things guaranteed in life: death, taxes and Washington Nationals outfielder Bryce Harper having a huge April.

That’s how the saying goes, right? It’s something like that.

Every ballplayer is wired differently, and that’s usually apparent when looking at how they perform. Some are notorious for getting off to a slow start, while others immediately put the pedal to the floor. Harper has only been in the big leagues since debuting as a 19-year-old in 2012, but he’s already built a reputation on being a fast starter.

Whether it’s his propensity for hitting homers on Opening Day or producing some of the most dominant April performances this decade, it seems like he’s always a top performer in the season’s first month of play.

And that’s pretty much what the statistics say. In fact, there’s no better month of the year for Harper than April.

First Is Not the Worst

We’ve mentioned this here plenty of times already — a hot start doesn’t guarantee a great year ahead, and the same applies on the opposite end of the spectrum for slow starts. Fast starts certainly help, though, and there’s no ballplayer on this planet who wouldn’t take a great month of April if there was an option to.

When it comes to starting the season on the right foot, Harper has consistently been successful. Check out what he’s done throughout each month in his big league career.

This isn’t even a contest, you guys. There are another 10 games for the Nationals to play this month, but at this point, the numbers he’s produced across the board in April have been the best of any month.

Well, most of the numbers he’s compiled throughout the years have been pretty good, but April truly takes the cake.

His Best Work Yet?

There’s still a ways to go before we can close this book on another April, but Harper is currently working on the most dominant first month of the season he’s ever had. Using the same statistics from above, here’s how April has looked for him since 2013 (we threw 2012 out because he only accumulated 8 plate appearances).

His numbers from this season don’t dominate every category, but we can get an idea of just how great he’s been by taking a peek at his wOBA and wRC+. He’s just straight raking right now.

Freddie Freeman (287 wRC+) and Eric Thames (257) are deservedly grabbing a bunch of headlines for their respective hot starts, but Harper is right behind them, ready to show that his 2015 NL MVP performance wasn’t a fluke.

He’s Looked Locked In For a While

Spring Training stats don’t count, but there are times when they should get your attention. After a disappointing 2016 for Harper — whether it was just bad performance, injury, or both — he’s looked like a man on a mission since the first inning of Grapefruit League action.

When was the last time he put up numbers like that in Spring Training, you ask? It just so happened to be 2013, when he posted an identical 1.216 OPS. All he did that year was go on to put together his most dominant April ever — to this point.

Clearly, getting off to a good start is not a problem for Harper — it’s something that’s basically a part of his annual routine at this point. But after what happened in 2016, it’ll be important for him to keep the momentum moving in the right direction.

He didn’t seem right last season after the Chicago Cubs spent an entire series in the beginning of May intentionally walking him. As a crucial piece to the offensive puzzle for Washington, they can’t afford for him to effectively disappear again (.200/.422/.363 triple slash in 166 May plate appearances last year).

With the way the top of manager Dusty Baker’s lineup looks these days, though, it’ll be tough for opposing teams to simply pitch around him. Adam Eaton and Trea Turner will provide him with plenty of RBI opportunities, and he has ample protection in Daniel Murphy, who’s typically been hitting behind him in the cleanup spot.

When he was getting walked up the wazoo last May, it was mostly because a struggling Ryan Zimmerman was hitting behind him.

So, Bryce Harper — who’s made a habit of posting dominant April performances — could very well be on his way to the most dominant April he’s ever experienced. And with plenty of lineup protection around him, it’s not hard to imagine another year like we saw in 2015 happen right in front of our eyes.