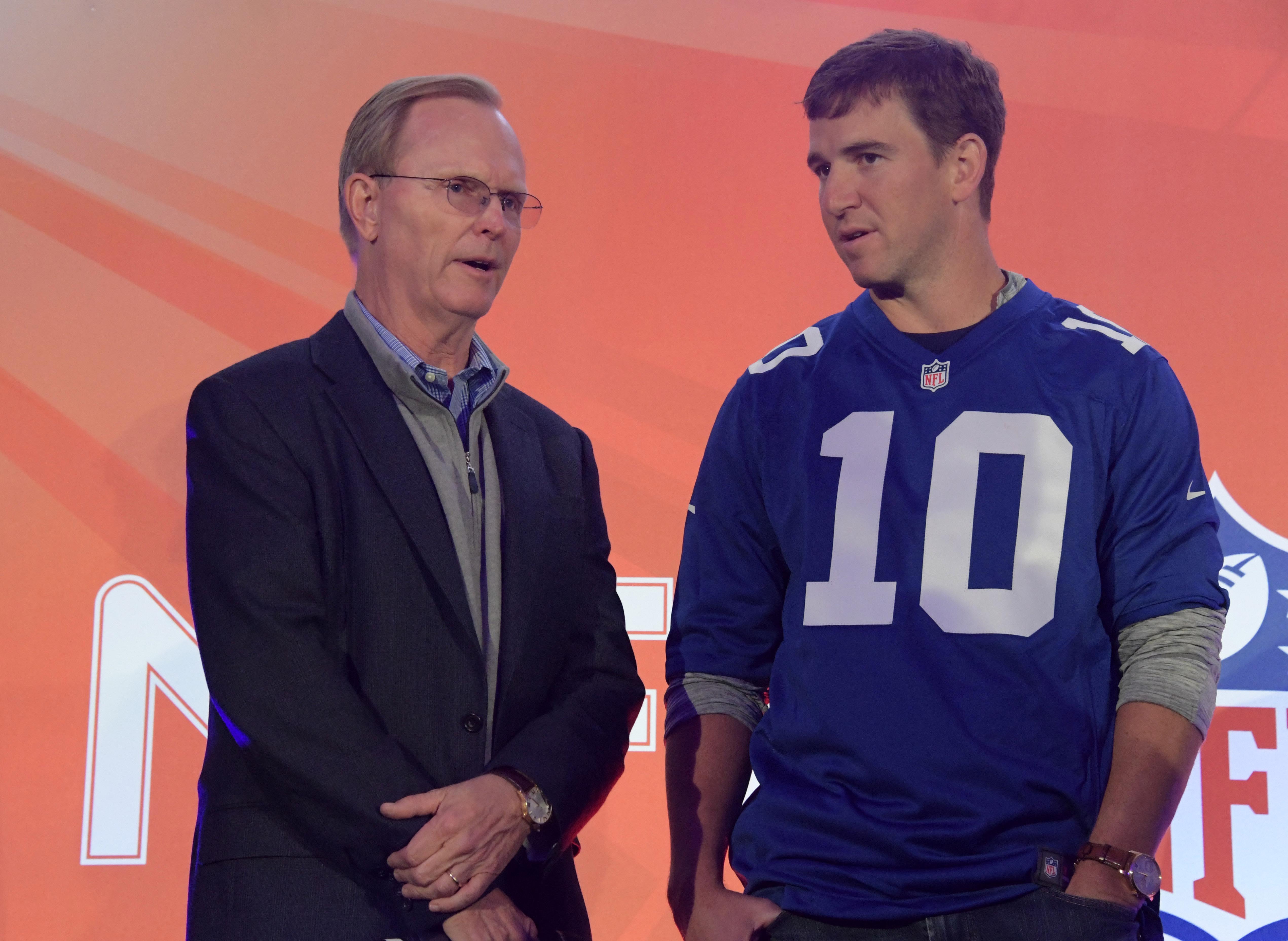 You probably know Louis Riddick as the football analyst on ESPN. That is the tip of the iceberg. The NY Giants interviewed Riddick yesterday for the GM job. He is the guy to hire.

Let’s provide a little background here. Our draft analyst Wonder generally has disdain and contempt for most of the Neanderthals that somehow survive in the professional football management space. Many Head Coaches and General Managers cannot fulfill their job requirements. Wonder is raving about a gem out there that breaks the mold. His first choice for the NY Giants GM job is Louis Riddick.

Louis Riddick has tons of pedigree. As a player, he was an unremarkable Safety who was drafted by the 49ers in Round 9 in 1991 before playing for Atlanta, Cleveland and Oakland. Some of the best coaches and GMs are good enough to play in college or get to the pro level without excelling. The important thing is that they were there, experienced it and understood what worked and what did not. Riddick understands football.

Riddick was a Scout and then Director of Pro Personnel for Washington. From 2010-2013 he was the Director of Pro Personnel for the Philadelphia Eagles. He has the experience to evaluate talent. Look at the guys drafted in those 4 years and see how many games they played. What jumps out is that his team was able to get PLAYERS. This is the exact opposite of the many misses that Reese has been noted for. From top to bottom, these men contribute. It is impressive. Of course there are the headliners like Pro Bowlers Zach Ertz, Jason Kelce, Nick Foles, Fletcher Cox and Lane Johnson. 5 pro bowlers from a 4 year stretch is noteworthy. Beyond that, the Eagles got SO MUCH OUTPUT out of guys in later rounds (R4-R7)…. Riley Cooper, Kurt Coleman, Jamar Chaney (a Round 7 LBer Wonder liked), Clay Harbor, (Kelce), and Alex Henrey. Most of these later round guys are not world beaters but they compliment your roster and contribute to the team. When you look at the Eagles roster in 2017, Brandon Graham is still there as the sack leader on Defense. We are not implying that Riddick made these selections himself. He was the Director of Pro Personnel. Clearly he put the team in a position to make good selections.

Where it gets really exciting is that we believe Riddick will do even better in the way he builds a team. Riddick is intelligent. He is objective and realistic. His temperament is balanced and purposeful. He will get the information needed to make the proper decision. In short, he understands football and all of the intangibles that drive success. He’ll draft well and we think his greatest area of performance will be from UFAs.

Listen to what Riddick said about OBJ’s extracurricular activities. He gets it. He will ask OBJ if he wants to be Jerry Rice or Chad Johnson. And he will either make it work with this guy (championship) or he will not (by trading him and moving on). This is the kind of GM you want.

In terms of job skills, Riddick is well spoken and articulate. That is a necessary set of assets to have when facing the NY Media. He has command and his media experience will benefit him in representing the organization. Plus, there is no ego, so gone are the Reese spin sessions and the run & hide activities of the former regime. Riddick won’t sugar coat his opinions. He is thoughtful and will respectfully engage in the dialogue required to support his position.

From an architecture perspective, Riddick is going to build the team from the inside out. We are fairly certain that Riddick is way too smart to let Eli get fed to the wolves without an Offensive Line to protect him.

As a sidebar, it is ironic that it took a disaster with Eli Manning to get Reese and McAdoo fired with 4 games remaining in the season. Mara fought against the correct decision to let these people go midseason because he wanted to show (dogmatic) resolve to wait for the end of the season before facing the inevitable. The irony is that this process of selecting a GM before the end of the season is a godsend to the Giants. They have virtually first opportunity to make the necessary decisions ahead of other teams and enable their new GM to line up Head Coaching candidates before the end of the season.

Louis Riddick understands football and the intangibles that go into winning. It has been a long time since the Giants have had a leader who is not only smart and capable but also has the temperament and self-respect to excel. Riddick will right the ship and he will bring in Super Bowl titles.