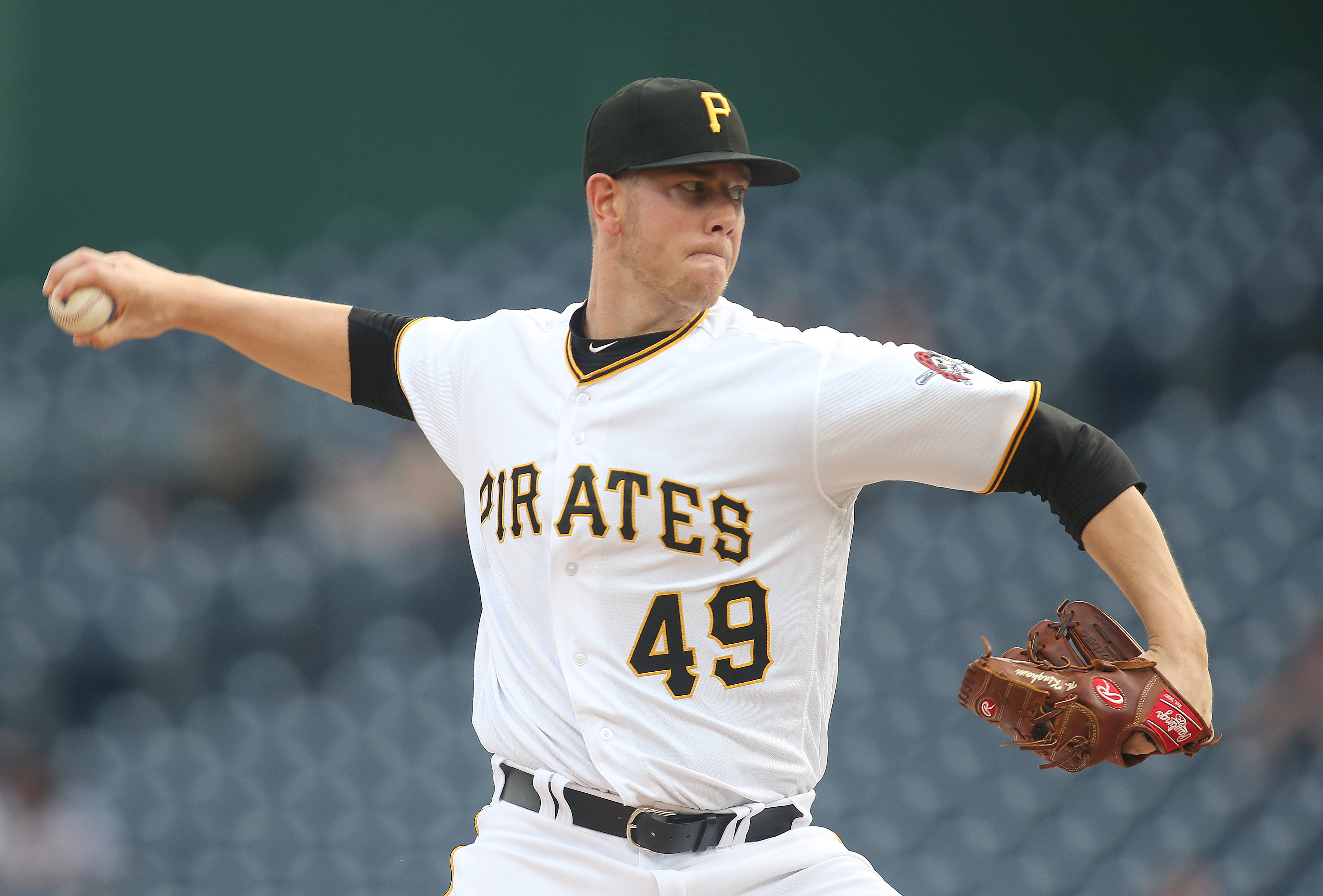 Among other things, a lot of the discussion surrounding the Pittsburgh Pirates for the first half of the season has been about their pitching philosophy.

EDITOR’S NOTE: This is the third installment in an attempt to quantify the Pittsburgh Pirates’ notoriously fastball-heavy pitch mix and, more importantly, if it truly hurts the team.

Please consider reading Part One and Part Two before continuing. Thanks!

Chad Kuhl, like much of his career, is largely an enigma. After coming up through the Pirates system a largely a sinkerball pitcher, Kuhl suddenly showed the ability to touch 100 on the radar gun with a four-seamer.

By these metrics, his off speed stuff is arguably the best on the team; his slider is the best, significantly better that Jameson Taillon’s, and his curve is roughly tied with that of Nick Kingham’s for best on the team. Kuhl’s four-seamer fastball is serviceable, though not as good as its velocity might indicate; meanwhile, his sinkerball has the worst payoff of any fastball on the team.

About the only good thing I can say about Kuhl’s pitch mix so far this season, is that he limits the usage of his changeup, a pitch which is always of negative run value, to under 7 percent of the time; beyond that a total revamping of his approach has the potential to take Kuhl from a back-to-middle-of-the-rotation starter, to a front end type.

In my research there was also a small sample of two-seamer usage, while this was likely just a result of Statcast’s classification algorithm, those pitches were effective, carrying payoffs of 0.024 and 0.004 against the Swing and Don’t strategies respectively. While it could be that these 29 pitches were effective because Kuhl is known for his sinker, so when he throws one that doesn’t sink as much batters can’t adjust in time, it may also suggest that Kuhl has better outcomes when he doesn’t try to throw the ball with as much sink. This is a strategy that is at least worth exploration from the Pirates pitching coaches.

As it stands, Kuhl should relegate sinker usage from his favorite pitch, down to changeup level usage in favor of much more four seam usage. Kuhl’s above average four seam velocity, combined with what seem to be elite level slider and curveballs mean that Kuhl has the pitches to be among the league’s better pitchers, if he uses them more appropriately. Upping his four seam, slider, and curveball usage, while reducing the sinker usage or developing a two-seamer with the effectiveness that his “sinkers with less sink” have, are two paths to that success.

Kuhl is the poster child for why this kind of analysis can be extremely useful. He has the stuff to be a very effective pitcher, but hasn’t deployed the right strategy to fully leverage it yet.

Before getting into Musgrove’s numbers, it is worth noting that the data I used contains just 770 pitches total, in comparison the other four pitchers covered each have between 1400-1700 pitches to extrapolate from. As a result I am very hesitant to make any recommendations based on this, so instead this section will be just observational.

The first thing I noticed about Musgrove is that his sinker actually dominates his four seamer, meaning that, if there ever was a pitcher that fits the Pirates philosophy of using the sinker/two-seamer to generate weak contact, it is Joe Musgrove. Ironically, he doesn’t seem to adhere to that philosophy, with his sinker being his least used pitch and his strikeout rate sitting just above the NL K/9 rate for starting pitchers.

To this end, Musgrove might actually benefit from his move to Pittsburgh in the same way Cole benefitted from moving to Houston. Musgrove may have been stuck in an organizational philosophy in Houston that emphasized the four-seamer usage as the primary fastball, ignoring his sinker as the natural weapon it is. I’ll emphasize again that this is over a smaller sample, and as such this conclusion remains to be seen, but it is certainly an interesting idea worth following into the second half.

Musgrove’s slider is also very effective, generating effectively zero, or positive run value against either batter strategy and actually dominates all but his cutter. He largely uses it accordingly, with it taking up in the neighborhood of 1/5th of his pitches.

Overall I doubt we’re seeing the last iteration for Musgrove at the mound, he and the pirates will continue to change and tweak his strategies on the hill, hopefully including bumping his sinker usage, to find the most effective strategy for him going forward.

Nick Kingham is easily the most interesting pitcher on this list. Neither fastball dominates the other, meaning batters can’t be sure which is coming; both his curveball and slider are effective, depending on the situation; and he has the best changeup of any pitcher in the starting rotation. This means that Nick Kingham is going to be largely effective regardless of what pitching strategy he chooses.

Although neither of Kingham’s fastballs dominate, when swung at his two-seamer tends to get hit pretty hard; from a risk management standpoint it might be better to mitigate or eliminate its usage all together. Beyond that, however, there is not much else to complain about in his pitch choice.

The young righty’s slider is a better called strike pitch, while his curve is a much better swing and miss pitch, and to those ends, each should probably be used more situationally, than broadly upping either’s usage. There is an additional health concern with Kingham as he has already undergone one Tommy John surgery where he probably shouldn’t throw as many breaking balls. Given the effectiveness of his changeup, that’s okay, as he can throw that pitch for significant positive run value regardless of the batter’s strategy.

My only real recommendation for Kingham is that he should be a starting pitcher for the major league club. He has pitched to the level where the Pirates ought to have given him a regular rotation spot this season, as he is, without much argument, one of the Pirates’ 5 best starters. Subtracting out a rough start against the Dodgers, in an overall very bad series for Pirates pitching, Kingham posted a 3.59 ERA and 3.75 FIP in eight major league starts this season.

Additionally, his ability to mix quality pitches any way he’d like means that he can sustain his major league success. The quality of his pitches means that he can stay ahead of scouting and game planning and mixing not just his pitches, but in fact mixing his pitch mixes as well. This is really an even higher level strategy making, beyond of the scope of this article, but interesting to think about nonetheless.

What’s interesting about using this much more individualized and quantitative approach is that it allows for a more subtle and nuanced approach to the question of pitching approaches. While having a blanket strategy that pitchers must use the fastball has significant problems, it’s not always a bad strategy, much the same as saying that pitcher’s must use the breaking ball has problems, yet with certain pitchers can be beneficial. This also gives something to watch for as the season goes on. Will Williams’ slider maintain effectiveness when the league adjusts to it? Will Taillon continue to have success with his pitch mix? Will Nova’s curveball usage stay elevated now that his finger is healed? Can Chad Kuhl change his pitching strategy to leverage the effective pitches he has? And what will be the fates of Joe Musgrove and Nick Kingham, given the quality of their pitches?