Here's how out of character Rougned Odor's walk-filled night was 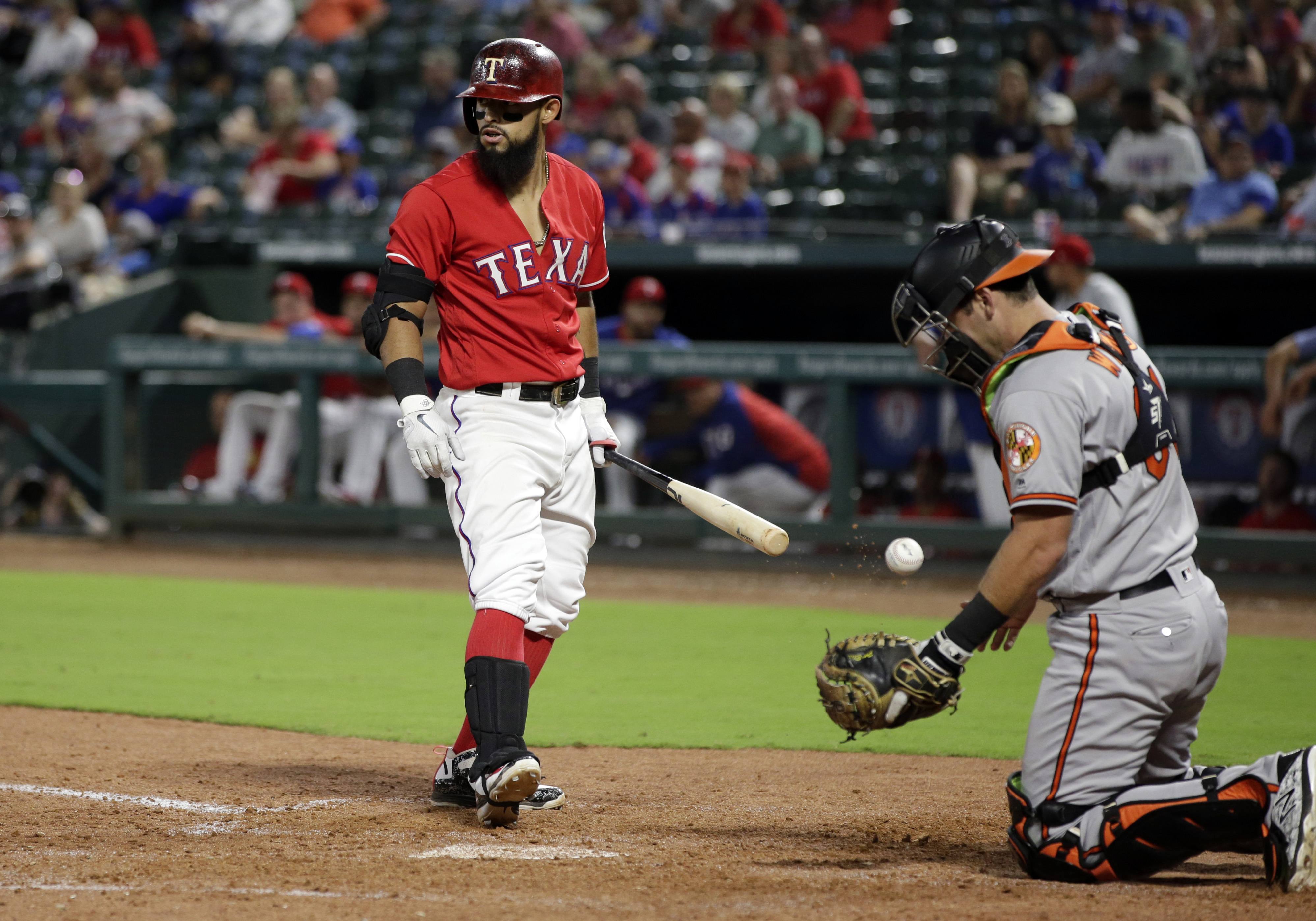 Here's how out of character Rougned Odor's walk-filled night was

Throughout most of Rougned Odor‘s big-league career with the Texas Rangers, there have been two constants: lots of home runs and barely any walks. That’s why what happened Thursday against the Baltimore Orioles was so mind-blowing.

Between 2014 and 2017, the 24-year-old second baseman clubbed 88 dingers while drawing 91 walks in 2,170 plate appearances. His 4.2% walk rate was one of the lowest in all of baseball. One of the beautiful things about this sport, though, is that anything can happen on any night. You know, like Odor collecting five (non-intentional) walks and hitting a homer (the 99th of his career) in a 17-8 victory.

As it turns out, this hasn’t happened very often when looking back in history.

Rougned Odor of the @Rangers is the 4th player in the live-ball era with 5 walks and a home run in a game.

The others: Hank Aaron, Mark McGwire and Edgar Martinez.#TexasRangers

So, yea, this sequence of events was pretty meaningful in its own right. The fact that Odor was the player to accomplish this makes it even better, though. STATS, LLC also noted that this singular performance already helped him set a career-high mark for walks in the month of August.

Odor had never had 5+ unintentional walks in an ENTIRE August before tonight.

The perfect tweet to help put this all in perspective is the following from High Heat Stats. Here’s a look at how many walks Odor has drawn in each month since the start of 2017.

Rougned Odor, month-by-month over past 2 seasons

His five-walk game against Baltimore produced more walks than five of the past 10 months. My goodness. We can see there’s an encouraging trend going on for the second baseman in recent months, too.

His swing rates on balls and strikes haven’t change all that much, but his contact rate on strikes has improved from 82.9% through May 31st to 89.7% since June 1st.

The Rangers have already found themselves on the outside looking in at the 2018 playoff picture, but this progress from their young second baseman — who is under contract through at least 2022 — has to be encouraging moving forward.