Khris Davis must be baseball's most underrated slugger 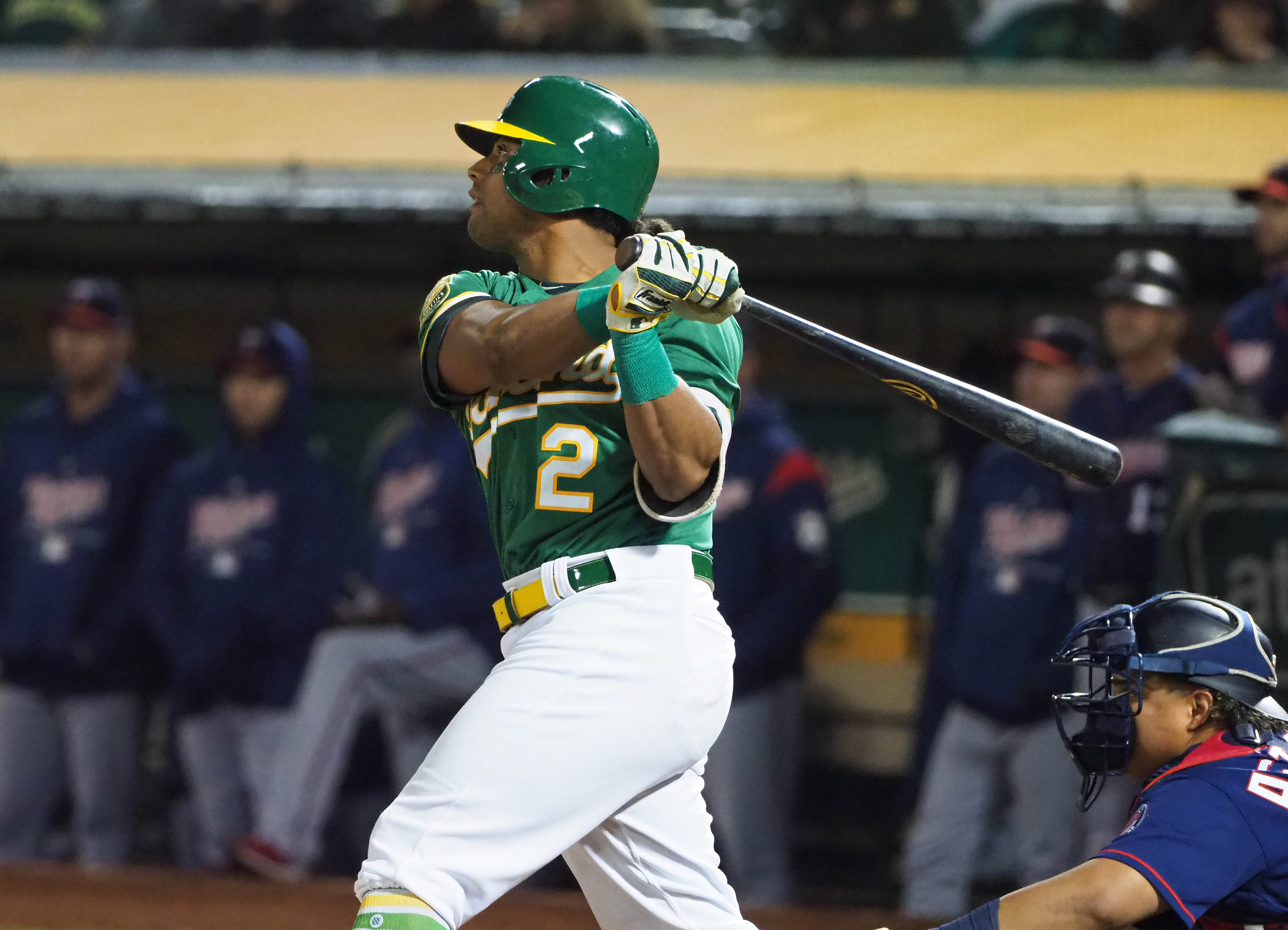 Khris Davis must be baseball's most underrated slugger

The Oakland Athletics have surprised just about everyone this season en route to seemingly coasting toward an American League wild-card berth. We’ve covered their incredible run since mid-June a few times here, but one guy that hasn’t been highlighted nearly enough is Khris Davis.

No, not the Chris Davis we just talked about, the other one.

If you had to guess which slugger leads baseball in home runs, who would you pick? Guys like J.D. Martinez, Mike Trout, and Jose Ramirez are likely popular picks, but they’re all wrong. The answer is Khris Davis, who enters Sunday’s action with 45 dingers.

How about which hitter has clubbed the most homers over the past three seasons? Giancarlo Stanton, Nelson Cruz, and Nolan Arenado would all be solid guesses, but they’d also all be wrong. The correct answer is Davis again, with 130 bombs since the start of 2016. Since he could be the sixth, seventh, or even eighth guy you think about in these categories, he has to be baseball’s most underrated slugger.

An intriguing trend that’s gone on throughout the duration of his big-league career involves his home-run progression. Since debuting in 2011, he’s increased his single-season career high each year. The streak officially continued over the weekend, making him the first player in history to do the following:

Khris Davis of the @Athletics just keeps getting better:

He's the first player in MLB history to hit 10+ HR in his first season and then increase that number in each of the next 5 years.

That number quickly turned to 45 thanks to a multi-homer game on Friday night.

This incredible display of power has been made possible in 2018 with a hard-hit rate (45.4%) and fly-ball rate (47.7%) that are also both on pace to be new career-high marks. And as it stands right now, his homer-to-fly-ball ratio hasn’t been below 23.0% since 2014 with the Milwaukee Brewers.

The right-handed slugger is building an increasingly intriguing free-agent case, as 2019 is his last year of team control. For now, though, he’s likely focused on how Oakland can get past the New York Yankees in the AL Wild Card play-in game, which is the organization’s most likely entry point into October for the first time since 2014.