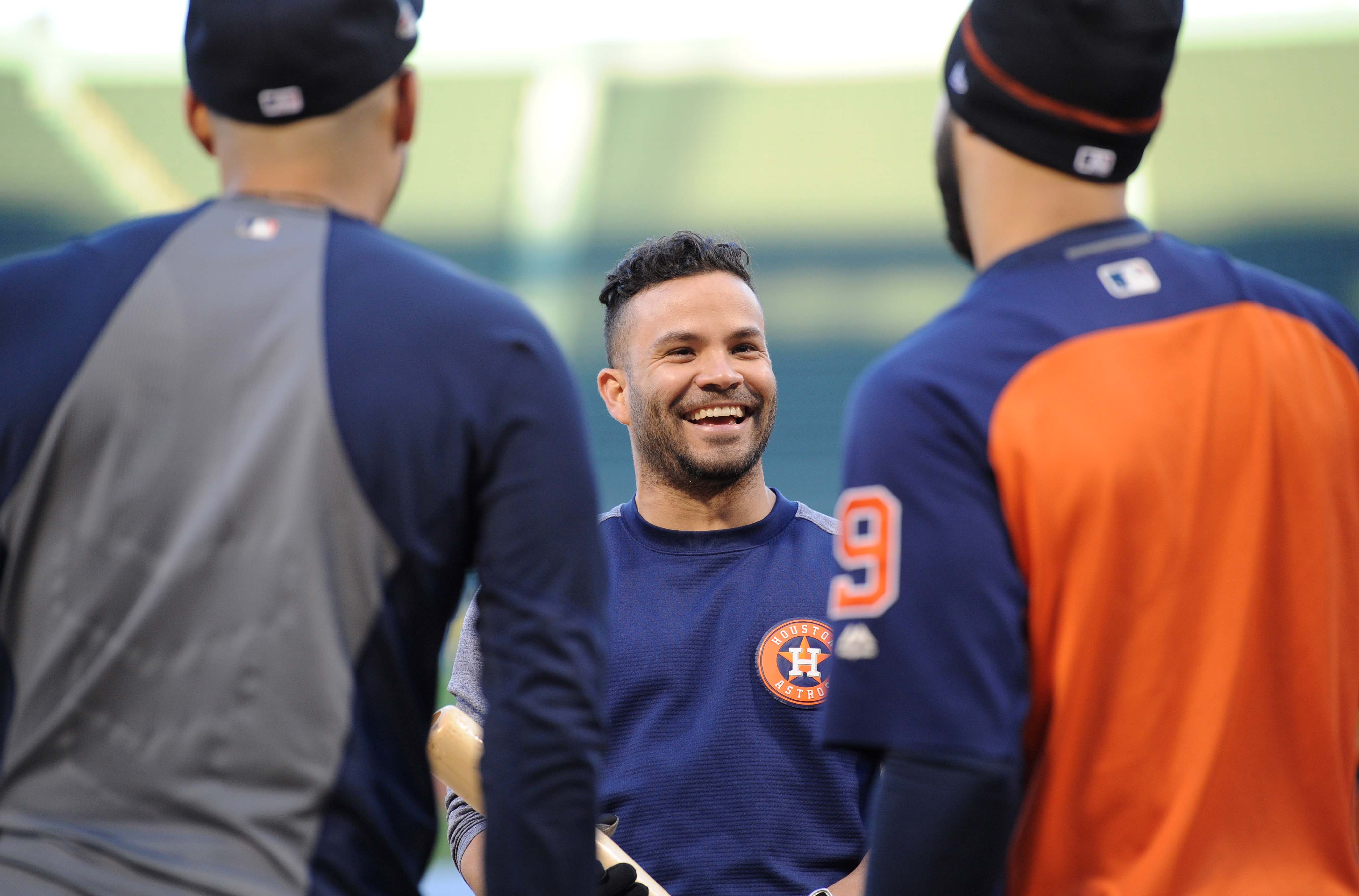 With a trip to the World Series on the line, two of the best teams in baseball will look to go to war against one another. The Houston Astros and Boston Red Sox compete in a highly competitive American League Championship Series.

While the Astros exceeded expectations in the three-game sweep of the Cleveland Indians, The Red Sox took advantage of the flaws of the Yankees and beat them at their own game. This is a rare faceoff between two history-making teams.

The only #postseason series ever with more regular-season wins than the 211 the Red Sox (108) and Astros (103) combine for?

Only one team can come out on top, but who? Let’s take a look at the rosters of both teams and find out who has the ultimate advantage.

The difference between the two? Gurriel’s power, when hot, shines very bright. He has been known to come through in the playoffs, providing Houston with some momentum at one end of the corner positions.

Ian Kinsler’s .308/.357/.819 slash line with four hits against the Yankees in the American League Division Series is something to consider when looking at this matchup. Traded by the Angels to Boston before the deadline, Kinsler has provided some nice range for the Red Sox since Dustin Pedroia went down with an injury.

While Jose Altuve’s slash line in the ALDS (.286/.286/.857) didn’t match up to Kinsler’s, that doesn’t discredit who the man actually is. The reigning AL MVP is known for hitting against Boston pitching (and anyone else for that matter).

What this all comes down to is who will get hot at the right moment. Unfortunately for Kinsler, nobody does that better than Jose Altuve.

In any other year, Carlos Correa might have the advantage here. Unfortunately for him, Xander Bogaerts is playing like a true All-Star.

Momentum can shift as a new series begins, but is it too late for Correa to attempt to contribute?

Manning third with Devers will also be Eduardo Nunez. Both have the opportunity to mash the ball. You can combine their lines and it won’t even come close to Alex Bregman’s, however. His .556/.714/2.048 slash line in the playoffs is out of this world.

Add in the fact that the AL MVP candidate feels disrespected by MLB’s lack of primetime coverage for the defending champions, and you have one motivated individual.

Like third base, Sandy Leon will help out Vasquez with catching duties. The same could be said for Brian McCann for the Astros. Vasquez actually put up some respectable numbers in the postseason, slashing .333/.400/1.067 in nine at-bats. Leon has some pop but won’t be the primary catcher.

Another Angels trade, Maldonado has a .125 average in the postseason. It is his defensive skills that the Astros really want to showcase. McCann as a backup won’t get that many at-bats, making the Red Sox’s combo one to look out for.

Gattis and Tyler White combined don’t have anything on one of the Red Sox’s two MVP frontrunners in J.D. Martinez. Although White hit .500/.667/1.333 in the ALDS, it was a small sample size.

If we are just talking about the postseason, the Astros have an ace in the hole in George Springer. In the ALDS Springer went 6-for-14 with three home runs. He has somewhat become the new Mr. October.

However, this preview does not count the outfield by solo players. The Red Sox might have the best outfield combo in all of baseball. Jackie Bradley has impressed in the postseason after an off regular season. Benintendi surpasses everything a struggling Marwin Gonzalez (.247/.324/.409 slash line) has done, and Mookie Betts is another AL MVP candidate. Josh Reddick may have a good arm, but all three Red Sox outfielders cannot be touched.

A reminder that this is what the Astros’ rotation did against the Indians:

That is without using Charlie Morton or rookie Josh James. Don’t forget, the rotation had an MLB-best 3.13 ERA. If all goes according to plan, Justin Verlander and Gerrit Cole will continue their dominant ways, while Dallas Keuchel will look to relive his glory days, all the way to earning a new contract when the season ends.

After Chris Sale, the Red Sox have a huge question mark in David Price. This game of Dr. Jekyll/Mr. Hyde he plays in the postseason is not ideal for the Red Sox. Backing them up will be two pitchers who have had impressive seasons of their own: Nathan Eovaldi and Rick Porcello.

While the postseason stats outweigh the stats of the regular season, you can’t help but be impressed by the Astros’ rotation.

The Astros also led the league in bullpen ERA, FYI. They have starters in the bullpen to help them out, like Lance McCullers Jr. and Josh James. Roberto Osuna has been on fire, as has Ryan Pressly, striking out 35 batters since being traded by the Twins. One to look out for is Tony Sipp, who had a 0.00 ERA in six postseason games, with five strikeouts.

The Red Sox’s relievers are an interesting bunch. Ryan Brasier, Joe Kelly, Matt Barnes and Heath Hembree combined for 9 2/3 scoreless innings against the Yankees. One of their biggest question marks is Craig Kimbrel. A dominant closer, Kimbrel gets in his own way, as seen with his almost blown save against the Yankees just a few nights ago. However, when he is on, nobody can touch the man with the weird pose.

Two 100-win teams don’t make the playoffs by luck. Unlike the Indians series, this one should be highly competitive. Expect a lot of home runs and a lot of strikeouts. By the end of the series, we could be looking at an all-time classic.