Braves' Due Diligence on Josh Donaldson 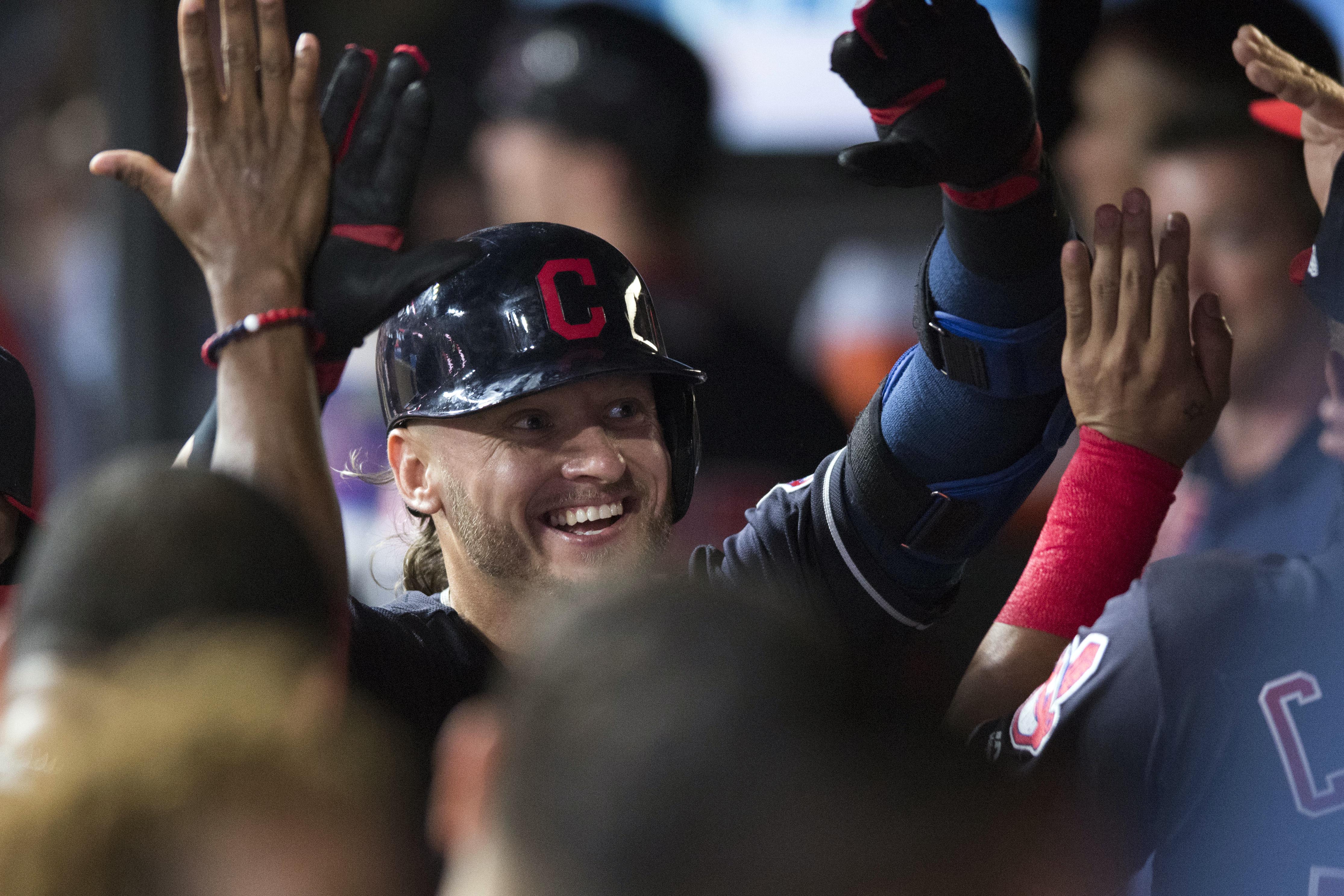 Braves' Due Diligence on Josh Donaldson

Overview: It was not long ago that Josh Donaldson was finishing off his fifth consecutive 5-win season (in fWAR, at least). By “not long ago,” I’m referring to 2017. While limited to just 113 games that season, Donaldson slashed .270/.385/.559 with a .396 wOBA. Last season, though, didn’t go the way he planned. Sidelined for much of the year by shoulder inflammation and then calf issues, Donaldson played in just 52 games for the Blue Jays and, after a late-season deal, the Indians. While productive, he was not his normal self, posting a .345 wOBA while batting just .246. Hardly the way he wanted to hit free agency for the first time.

Predicting a Contract: Donaldson, who turns 33 on December 8, has a couple of options. He could sign for a year, hope to rebuild his reputation as a durable impact bat, and hit free agency once again for a three-year deal worth big bucks. Or he could take less money up front, but sign for security by getting the multi-year deal now. His salary for 2019 will likely differ based on which direction he takes.

Further, there is the time factor. If Donaldson inks a contract early in free agency, he gets security but risks losing out on money. If he signs late, he might not be able to get a long-term deal if that’s a desire much like Nelson Cruz in 2014 and Mike Moustakas last winter.

I believe teams will hedge their bets with Donaldson and the deals could get very creative. A team might offer him a big payday up front – say $20 million over one season – but might attach a condition that if he misses X amount of days, he is controlled for another season at a much smaller salary through a team option. For instance, if he were to miss 30 days, the team that signed him gets a $10 million option for 2020. The more time he misses, the less lucrative the option.

Conversely, he could go to the Moustakas route and sign for a smaller base salary, but a larger salary in 2020 as part of a mutual option. The Braves don’t give out player options, however.

Or, since deals with an opt-out are all the rage, perhaps Donaldson would sign an one-year deal with a few years tacked on at manageable rates for the Braves. Something along the lines of $20 million for 2019 and salaries of $15 million the following two years – salaries that could increase based on performance and health. For instance, if he played in 130 games, the option would be worth $18 million. If he played in 145 games, the option might increase to $22 million. Something to that effect.

Suffice it to say, Donaldson’s next contract could be boringly simple or quite complex. A lot depends on what Donaldson ultimately is looking for. Does he prioritize financial compensation, long-term security, or some combination of the two? For our purposes, let’s keep it pretty simple for the time being. One year, $21 million.

The Case For Signing Josh Donaldson: If healthy, Donaldson is an impact bat – the kind that is a difference maker for your lineup. He has a career .375 wOBA, which he out-produced in each of the three years before his injury-shortened 2018. To put that into perspective, Freddie Freeman has a career .374 wOBA. Donaldson is a gifted power hitter with a great eye.

Defensively, Donaldson worked tirelessly to improve at third base and remains a good fielder. While not the elite third baseman he was from 2013-15, the current Donaldson still compensates to some degree from a loss of range by having quick instincts and a strong, accurate arm.

And not for nothing, but Donaldson is a rare superstar that can be signed without relinquishing a draft choice. Because he was traded during the season, the Indians couldn’t extend a qualifying offer. And even if Donaldson is a one-year fill-in for the Braves, should the team keep him all season, they could give him a qualifying offer after the season to possibly recoup a draft choice should Donaldson play well.

One more thing – while I believe we often overvalue things like home/away records and especially records against right-hand or left-hand starters, the Braves did go 21-26 against southpaw starters in 2018. Donaldson has a career .967 OPS against lefties. I hear that’s good.

Finally, some might use this as a reason to not sign Donaldson, but I believe the presence of Johan Camargo is a good reason to sign Donaldson. I will keep hammering this home, but depth is a good thing. It’s part of the reason why the Dodgers had little trouble with the Braves in the NLDS. Ryan Flaherty was on the bench for the Braves. Brian Dozier and Matt Kemp were on the bench for the Dodgers. Depth makes a difference. Further, Camargo can help the Braves rest Donaldson, keeping him fresh while not sacrificing too much offense in the process.

If you’re worried about Camargo on the bench, if the Braves spot Donaldson once or twice a week – along with once a week for Ozzie Albies and Dansby Swanson, that’ll give Camargo about three or four starts a week. Let’s just round to 15 starts a month. That’s 90 over a full season – a number that’s very conservative and assumes no DL stints on the infield or the likely shift of Donaldson to DH during interleague road games. You can even give Freddie Freeman a day off against a very tough lefthander by moving Donaldson across the field, where he has some limited experience.

The Case Against: Age. It starts there. Donaldson turns 33 next month. He probably won’t post another 7-win season according to fWAR. That means Atlanta might invest in a guy who could fall off the cliff into a steep decline rather than add the guy who was a yearly MVP candidate for half-of-a-decade. Further, we already know there is some decline to Donaldson’s game. I mentioned his declining range defensively, but Statcast also points to something else. In 2015-16, Donaldson was one of the top hitters in terms of exit velocity. Obviously, that’s a good thing. Since 2016, he’s lost 2 mph in exit velocity. This isn’t a death sentence, but similar to a pitcher with decreased fastball velocity, lower exit velocity could be a sign of declining bat speed.

To be fair, we should expect Donaldson’s bat speed to be a little less. Again, he’s no longer in his upper 20’s. And it should be noted that his EV saw improvement when he finally finished his rehab and joined his new Indians teammates over the final month. While that’s too small of a sample size to call it a trend, it does give us some hope that his decline will be at a more traditional gradual pace rather than the sharp one that saw Donaldson post a .325 wOBA in 2018 as a Blue Jay.

But if age doesn’t give you pause, perhaps 165 major league games in two years ought to. The Braves aren’t the Yankees or Dodgers. They can ill-afford to make a splashy free agent signing and watch him miss half of the season. Donaldson supporters would counter by pointing out that Donaldson played in 150+ games in each of the previous four seasons before 2017. But it’s worth considering because with increased age comes increase risk of injuries.

One last argument will go back to Camargo, but not in a positive light. Depth is great, but do the Braves really want to send a player, after a .346 wOBA and 3.3 fWAR, back into a reserve role? Further, adding Donaldson doesn’t address the hole in right field. Some look at Austin Riley as a possibility out there. I will need to see him play the position first before considering it. But either way, adding Donaldson is an attempt to improve what is already a strength. And while it should both succeed at that and improve a weakness (the bench), it does not address any of the top priorities like a new right fielder, a new catcher, and an improved bullpen.

My Two Cents: For all the possible negatives that go with signing Donaldson, the positives outweigh them in my mind. Even if he’s a bit older, Josh Donaldson can turn a good lineup into a great one with his offensive output. While his defense is likely to never be Gold Glove-worthy again, it’s still good enough with the right analytics. He’s a complete difference maker who will cost a fraction of other difference makers in terms of investment and length of contract.

Of course, the reasons that Donaldson won’t sniff the contracts Manny Machado and Bryce Harper receive will give teams pause. But I don’t think those reasons should disqualify Donaldson from your mind or the Braves’ for that matter. While it a small sample, he showed that when healthy, he can still be a good player when he hit well down the stretch for the Indians.

Donaldson is the best of both worlds. He brings the kind of power the Braves desperately want while avoiding the kind of long-term deal Alex Anthopoulos is hesitant to give out. The concerns are there, but the fit is almost too good.

But what do you think? Am I way off on what it will take to sign Donaldson? Is it not the perfect fit I believe it can be? Let me know below or on twitter