Clutterbuck finally finds the back of the net 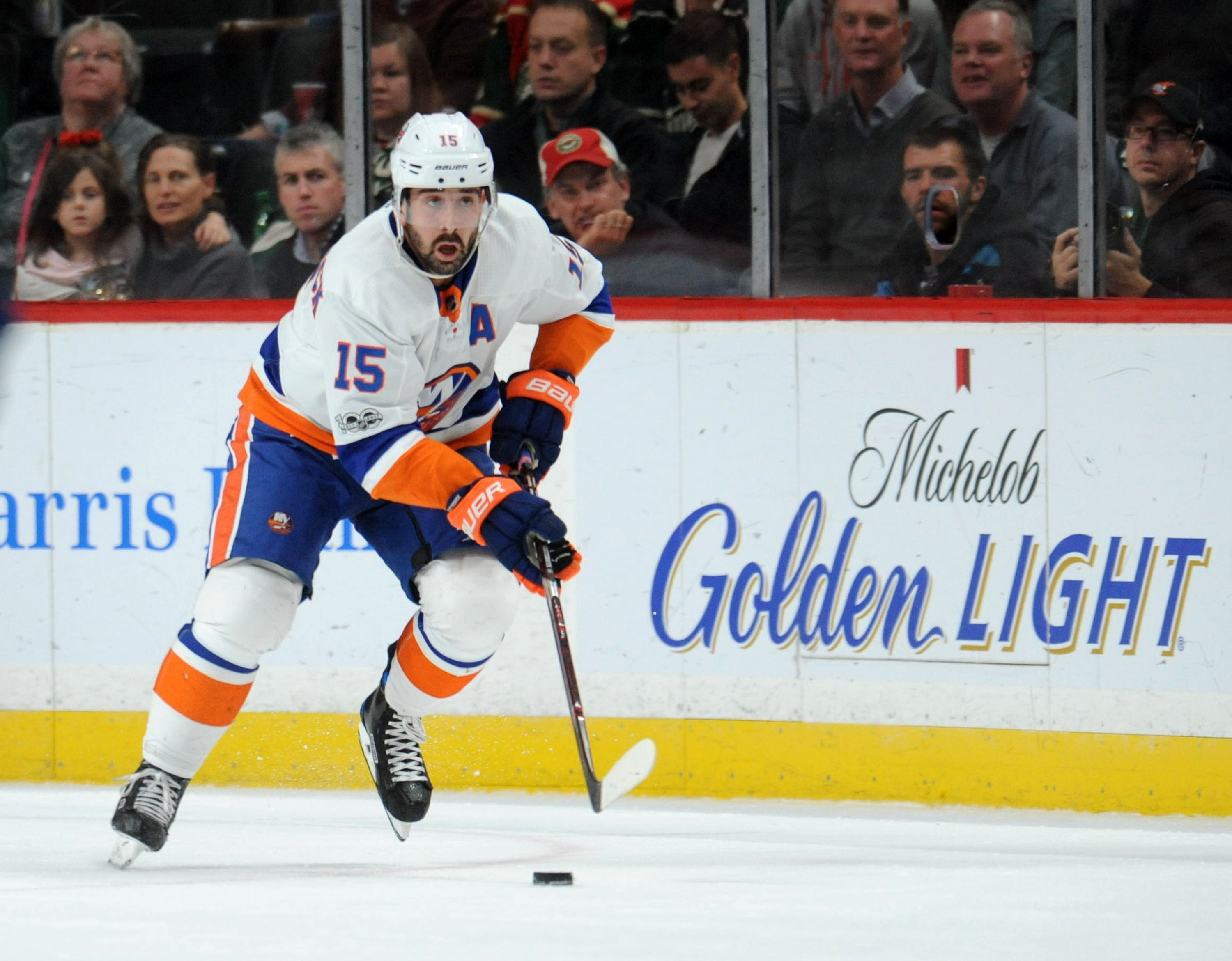 Clutterbuck finally finds the back of the net

NEW YORK — It wasn’t just the Islanders that snapped a bit of a skid on Tuesday night. Cal Clutterbuck finally got a big monkey off his back as well with his third-period power play goal in the Islanders 5-2 win over the Vancouver Canucks.

It had been 52 games since Clutterbuck found the back of the net. The last time he scored had been on January 13 against the New York Rangers.

“It’s been a while,” Clutterbuck said.

Clutterbuck, who is in the middle of a five-year, $17.5 million deal with the Islanders, has had the scoring drought on his mind. The 29-year-old forward admitted after the game that it was a situation that rattled his confidence.

“The worst part is there’s a lot of self-doubt that creeps in,” Clutterbuck said. “10 games, 15 game slump is one thing, but when it’s that long you start to doubt your own ability. You get a good support system there to keep reinforcing the fact that you’re playing well and then keep doing your job and it will go in.

“There’s was a monkey on his back. It was more like a gorilla,” Trotz said. “For him to get that out, I thought the guys were really happy. They were all hugging him and all that stuff.”

Coincidentally, Clutterbuck’s goal not only ended his scoring drought, but also ended the Islanders 0-fo-16 stretch on the power play. The goal came after Trotz changed up things with the power play unit.

Before Tuesday, Tom Kuhnhackl had never had a multi-game in his career. Now he has one, which includes an impressive goal to boot.

The two-goal performance helped propel the Islanders to a win over the Canucks. It was his first-period goal that made the highlight reel and shocked fans, and Kuhnhackl himself, when the ref signaled a goal.

Kuhnhackl, on the side of the net, was tripped by a Canucks player. While he was falling down he managed to get a shot off, which somehow got by Jacob Markstrom.

“I looked at Leo (Komarov) because he came over and said ‘you scored,'” Kuhnhackl said. “I didn’t even realize for another 10 seconds that it went in.”

Kuhnhackl’s second goal was also a bit whacky. The Islanders forward had the puck hit off his skate and redirect into the net.