Transaction Tuesday: Catching Up to Some Braves Moves 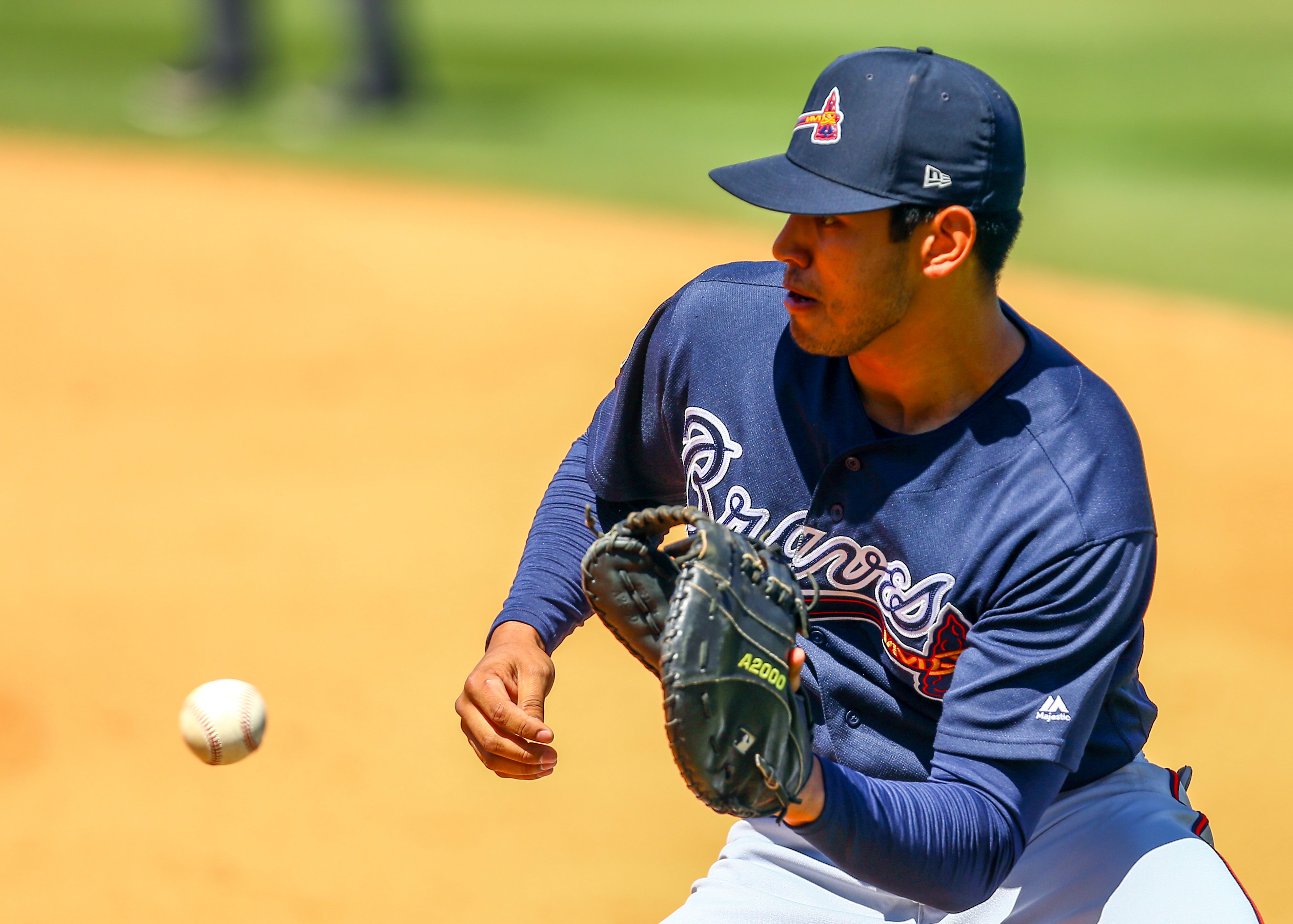 Transaction Tuesday: Catching Up to Some Braves Moves

While this round-up of moves throughout the organization usually sticks to the regular season, it might be good to occasionally check-in on some of the smaller deals that happen. Obviously, we covered the additions of Brian McCann and Josh Donaldson and even the trade of Raffy Lopez, but we missed a few signings along the way. These aren’t big potatoes by any means, but you get full coverage of the Braves here.

Andres Blanco…One of those guys who just kind of shows up, Blanco has played in over 500 career games with four different teams since 2004. Outside of an extended run on the Phillies bench from 2014 to 2017, he’s been mostly a drifter through the league. The reason why he stuck around in Philly for so long was that he hit fairly well for a bench guy, especially in 2015 when he managed a .372 wOBA, 137 wRC+, and a .863 OPS. But just as quickly as his new hitting skills came, they disappeared. Blanco’s value is not in the batter’s box, but in the infield. He can play a competent shortstop, an average second base, and won’t embarrass you at third base. Those are skills and he’ll help the Braves in Gwinnett where they look a little thin up-the-middle.

Pedro Florimon…So, you take Blanco, give him new powers, and you’re left with Pedro Florimon. You get all of the same bad hitting – perhaps even worse – but Florimon is an even better defender up the middle and looked okay in 60 innings in center field during 2017. Florimon is also a bigger threat on the bases and was ranked 128th last year in sprint speed. He’s not an accomplished base stealer, but he has plenty of speed. For Braves fans, Florimon’s biggest moment in 2018 came in the first series of the season when Gabe Kapler, his former manager, was forced to use a position player as a pitcher and Florimon gave up a homer to Lane Adams.

Ryan LaMarre…You’re looking for speed, huh? A guy who can play center field? LaMarre can definitely do that. Much like Florimon, LaMarre has speed but lacks flashy stolen base numbers. And like Blanco and Florimon, you’re not expecting a big hitter. What you do expect is defense and LaMarre will bring that. Look at these three moves for what they truly are. The Braves are looking for two major things: Swiss Army Knives with positional flexibility and the ability to play solid defense. The latter is important for their pitchers at Gwinnett. If you want Luiz Gohara’s confidence to improve, you want to surround him with guys that are capable defenders. The other bonus to these players is that you don’t care if you lose them later on. For instance, you bring up Florimon for a couple of weeks due to an injury. Once the other player comes back, you can designate Florimon and open up a spot on your 40-man roster. No big deal.

Either way, the Gwinnett Braves need a roster this offseason, too.

Adam McCreery to the Dodgers for cash considerations…When the Braves loaded their 40-man roster in late November and then made the McCann and Donaldson signings, it led to them having to move a pair of names off. It couldn’t be the guys they just added to protect for the Rule 5 draft and it wasn’t going to be the guys they just tendered contracts to. So, a year after being a guy the Braves protected for the 2017 Rule 5 draft, McCreery gets the boot. Acquired back in 2016 for Jhoulys Chacin, McCreery is a giant on the mound at 6’8″ who can be difficult to elevate the ball against. The last two seasons, his strikeout rate has improved to about 30%. However, his walk rate has continued to be a problem. He’s a nice project, but he turns 26 on New Year’s Eve so you can’t really blame the Braves from moving on.

Ricardo Sanchez to the Mariners for cash considerations…They are also moving on from one of John Coppolella’s first trades that focused almost entirely on selling a good asset for a potentially great one. Acquired for pitcher Nate Hyatt and third baseman Kyle Kubitza, Sanchez was considered a very mature super-young lefty with a high ceiling. Still a teenager after the Braves acquired him following his first professional season, Sanchez has long been a guy that screamed breakout candidate. But that breakout season has just never came. Still only 21, Sanchez has 13 starts at Double-A and remains an intriguing option. It was a little surprising to see the Braves give up on him over other arms like Wes Persons. Like McCreery, he was added to the 40-man roster last winter and used his first option.

Michael Reed (Twins)…In 97 games between Mississippi and Gwinnett, Reed hit a robust .342/.453/.520 with 11 homers and ten steals. It eventually landed him a few looks in the majors, where he went 2-for-7. But the Braves still moved on and let’s be honest – putting up a .450 or so BABIP over a full season is astounding. Expecting that to continue is just foolish. The Braves are expecting Reed’s BABIP to come crashing back to Earth and if/when it does, what are you left with? A patient corner outfielder with a lot of decent tools, but nothing that stands out. On the bright side, he’s a good guy who sat down with our Ryan Cothran for an interview once. Reed will have a bigger chance to impress in Minnesota.

Rio Ruiz (Orioles)…Speaking of bigger opportunities, Ruiz leaves the Braves where he was blocked from any meaningful playing time and goes to a Orioles team where he’ll have a chance to carve out a decent amount of at-bats. Acquired along with Mike Foltynewicz in the Evan Gattis trade, Ruiz had a wOBA of .342 and .341 in Gwinnett during 2016-17 before struggling badly last year as he spent much of the year looking lost. Looking lost at the plate hasn’t been abnormal for him in the majors either, sadly enough, as he’s hit .189 over 195 PA since 2016. All that said, Ruiz is a tireless worker, a well-liked individual, and a solid defender. It’s easy to root for him and in Baltimore, he’ll have some chances for success considering how wide-open third base currently is. If Ruiz can carve out a role as a platoon option versus right-hand pitching, he could be a .270/.330/.450-type player if you shield him from southpaws.

Did I miss any? What are your thoughts on these lesser moves?