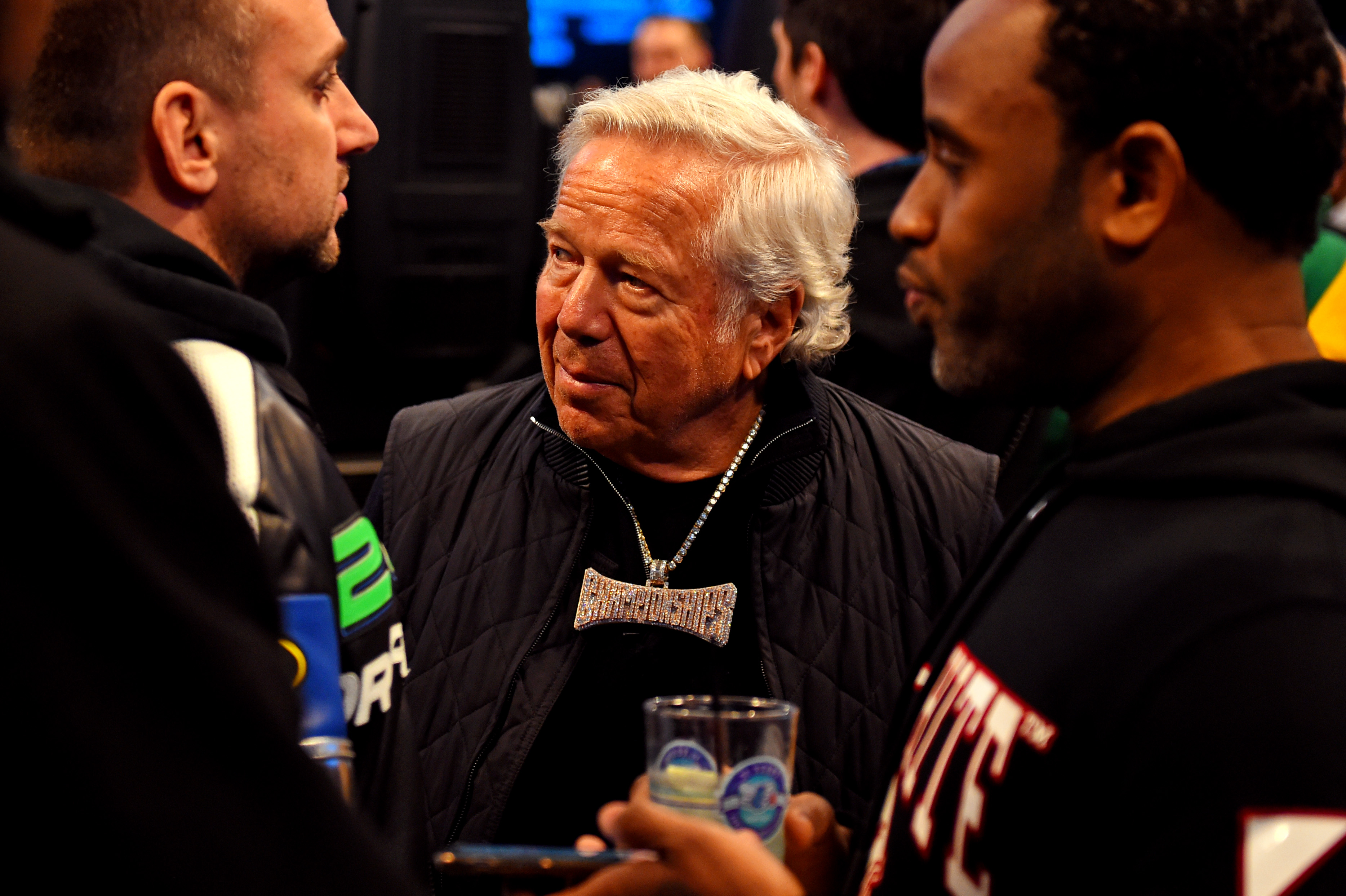 It’s been quite the month for Patriots owner Robert Kraft, as he’s experienced a rollercoaster of emotions, having gone from his team winning Super Bowl LIII, to being embarrassed in a prostitution scandal.

Kraft was charged with two counts of soliciting prostitution, due to his alleged activity at Orchids of Asia Day spa in Jupiter, Florida (which you can  check out some photos of here).

That hasn’t stopped him from living his best life, though. Kraft was seen partying at a pre-Oscars party in West Hollywood on Saturday, with TMZ Sports catching up with him there. He clearly was not interesting in talking to them — or anyone — though, as you can see in the video below.