Let's Give the Braves the Benefit of the Doubt 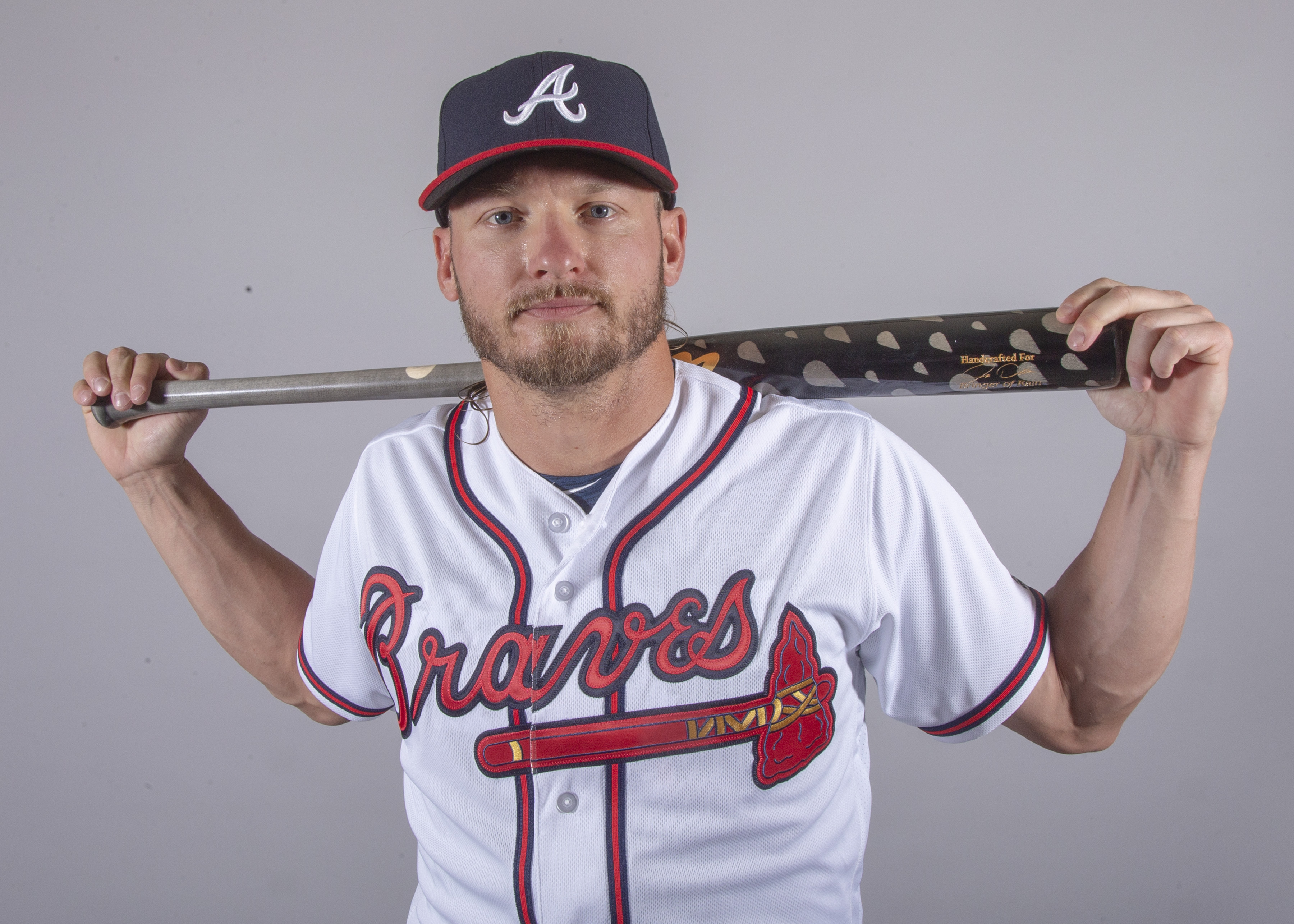 Let's Give the Braves the Benefit of the Doubt

I want to go ahead and make this abundantly clear right up front. I am not giving the front office, and especially not ownership, the benefit of the doubt after what happened (or didn’t happen) this off-season. Instead I want this to serve as a hypothetical devil’s advocate if you will. After all, there is some chance, as slim as it might be, that everything the team has said publicly to this point has been true. So let’s work through the ways the team could be acting in good faith.

First, I believe every conversation about the lack of moves this winter must begin with the caveat that there is still time, even though that statement is becoming less and less meaningful. Craig Kimbrel and Dallas Keuchel are still out there and a trade could theoretically be consummated at any time.

The Bryce Harper signing is obviously crushing especially since he is going to Philadelphia, but perhaps this now frees the Braves up to sign Kimbrel. I never felt strongly that the Braves would actually land Harper, but I do think the team was monitoring his market all winter. The cost savings from the Brian McCann and Nick Markakis signings had to be ear marked for something, and it seemed all too obvious that our general lack of off-season activity was linked to the dragged out Harper saga.

There is some logic of course to holding onto some money for in-season moves, but there’s no reason to hold onto the seemingly $30 million the team should have available for an in-season acquisition unless they plan on trading for Mike Trout. Hey, maybe they plan on trading for Mike Trout!? All dreams aside, perhaps they just like next year’s free agent class better than this one and are waiting to spend their money then.

Next year’s class should be very good after all. While Bryce Harper and Manny Machado are both young super stars, maybe the front office didn’t like Harper’s inconsistencies or either of their clubhouse personas. Perhaps they would prefer to pursue one of Anthony Rendon or Nolan Arenado. Oops. Arenado just went off the board. Sorry Braves. Well they could go after one of the big time starting pitchers in the next class like Madison Bumgarner, Chris Sale, Gerrit Cole or Justin Verlander, at least none of them have signed long-term extensions with their present clubs (at least not yet). While I completely doubt that any team operates this way, it could be possible, and any of these players would certainly improve the team in 2020 and beyond.

Maybe we should believe them when they said they tried to make moves but fell short. Perhaps Michael Brantley took a similar deal with the Astros to stay in the American League. The Phillies gave McCutchen $50 million, but maybe the Braves were willing to offer $45 million. While it’s disappointing that they weren’t able to land Harper, 13 years is a long time to commit to a left fielder that is already a defensive liability.

It also seemed as though every team with a trade chip was holding out for an exorbitant return this winter. The Tigers wanted multiple top prospects for Nick Castellanos as noted here. The Marlins apparently wanted three of the top Braves prospects for J.T. Realmuto. Perhaps this winter really was just a perfect storm of events where the Braves were in on most if not all of these guys and they simply came up short. While I don’t blindly give the team credit for attempting to make moves, I also can’t fault them for drawing their line in the sand and refusing to cross it.

Let’s turn this conversation internally. I never had much of a desire for the Braves to go after pitching this off-season because of the countless young arms ready to contribute at the big league level. For years we were sold the idea that we wanted to collect pitching prospects so that we wouldn’t have to pay retail prices on upper echelon pitchers. I believe that, and I am completely fine with them trusting the kids this season.

I mean what if something crazy happens and all or most of these pitchers are good this year. I mean like really good. Imagine a world where Max Fried, Luiz Gohara, Mike Soroka, Touki Toussaint, Kyle Wright and Bryse Wilson are all mid-rotation caliber pitchers or better THIS season. Of course it’s not likely and the recent injury news makes this even less likely, but it also isn’t out of the realm of possibility and in that scenario the team would have a major log jam.

Maybe Drew Waters and Cristian Pache really are so good that they shouldn’t be blocked by signing someone like Bryce Harper. If either of them or God forbid both of them are even close to Ronald Acuña’s level of talent then it would make sense not to go after other outfield options at a high price. I’m not saying it’s likely or even the correct way of thinking but it is possible.

Of course, we can’t talk about the disappointing off-season without at least acknowledging the former MVP sized elephant in the room. Josh Donaldson was signed for one year and $23 million way back in November. At the time it seemed as though the Donaldson signing was the beginning of a much larger winter. Perhaps it was supposed to be and things just never materialized. Regardless of other moves however, the Braves added one of the best hitters in all of baseball in Donaldson.

While the move might be disappointing in hindsight of what didn’t follow, the move itself cannot be understated. Not only were the Braves able to add a former MVP but they were also able to transition one of their better hitters from a year ago, Johan Camargo,  into a super utility bench bat for the 2019 season. This kind of player is almost a requirement in today’s game and you can see how the team should elect to deploy him here.

In lieu of the Donaldson signing, maybe they just really like the team they already have. After all there is a non-zero chance that they have three of the top ten hitters in the entire National League. In addition, Ozzie Albies could be the guy from the first half last season, Ender Inciarte could be the guy from the second half and Dansby Swanson could finally figure things out at the plate. While all of these things happening at once is pretty unlikely, the front office could believe it to be true, resulting in them being reluctant to spend excessive money or prospect capital when they may not need to.

One of the biggest reasons to give the Atlanta Braves front office the benefit of the doubt this winter is the information gap that they have over all of us in the public sphere. The front office has track man and all other kinds of data on minor leaguers and other players on which we can only speculate. The team has certain algorithms that tell them how much they should spend on a certain free agent or how much prospect capital they should be willing to offer for a trade target. Most fans won’t care about things like this but maybe just maybe these metrics internal to the team are telling them that they need to stand pat. To hold onto all of these prospects because they are unusually special, and don’t overpay for free agents or trade targets because they have everything they need already in-house.

I have just laid out quite a few hypotheticals and what-if scenarios. Do I believe that they will all come to fruition? Of course not. However, there has to be a reason for the lack of movement this winter. The obvious answer is that Liberty Media is simply refusing to spend money on the Braves without a guaranteed improvement to their bottom line. However, while Alex Anthopolous and company are given a budget by ownership, their main goal is still to win as many games as possible and set the team up to win a championship. They had as much prospect capital as any team in baseball this winter and decided not to spend any of it. Were they told not to trade away young talent because they would be unable to acquire anymore in the near future? Perhaps. Or maybe they tried to make deals that are in the best interest of the team’s present and future and just come up short this winter. While I am completely ready to burn ownership at the stake for not spending $200 million on this young, exciting team, I am not ready to condemn the front office for attempting to make shrewd deals that will set the team up for long-term success.

Whether you believe the statements that the front office has made over the past couple months or not is your prerogative. While I am skeptical, I have to believe to some extent that they are working in good faith. Regardless, it’s clear that if things break right for this team in 2019 it could be another special season.