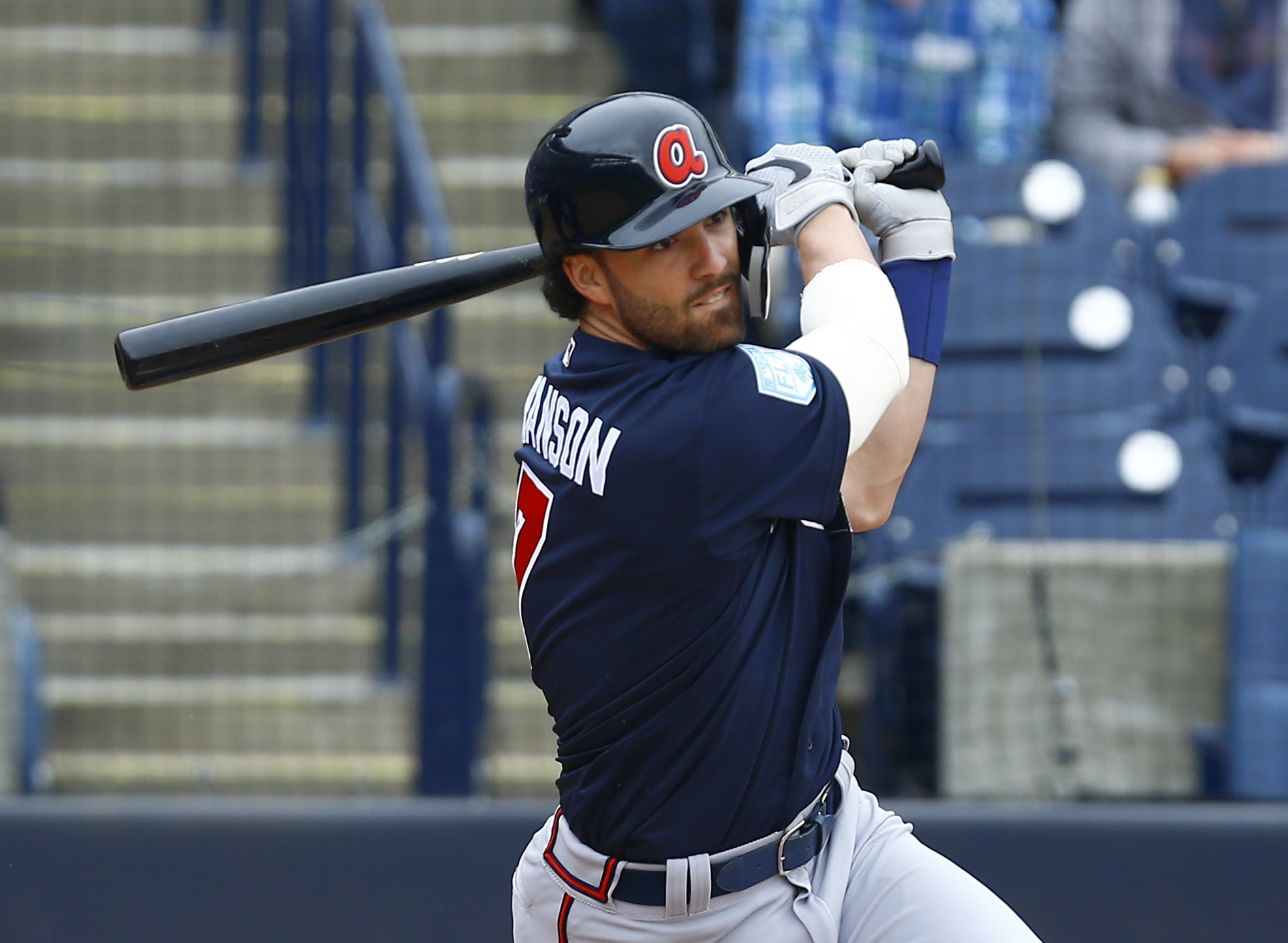 Led by homers by prospects Christian Pache (#6 on WOW Preseason Top 50) and Ray-Patrick Didder (#29), the Braves pulled out a come-from-behind victory over the Phils at Champion Field Friday night. Watch Pache’s homer below.

The game also saw the spring debuts of Josh Donaldson (0-for-1, BB) and Kevin Gausman (1.1 ING, 4 H, 3 ER). The Braves won on an error by former Brave Phil Gosselin, who was charged with two miscues during the game. Max Fried K’d 4 batters in 3.2 innings, keeping alive his bid for a opening day roster spot, while Sam Freeman, Chad Sobotka, and Grant Dayton all had good outings as they, too, try to win spots.

With Donaldson finally in the lineup and Dansby Swanson also healthy enough to play, we saw what Brian Snitker likely hopes will be his opening day lineup. As expected, Ender Inciarte was in the lead off role ahead of Donaldson and Freddie Freeman. Ronald Acuña Jr. fell into the four-hole with Nick Markakis, Ozzie Albies, Tyler Flowers, and Swanson to follow. Despite Acuña’s desire to stick in the lead off spot, Snitker’s desire to put the young star in more of traditional run-producing spot seems to be the preference. That, of course, could change.

Several top prospects were among ten players who have either been optioned or reassigned to the minor league camp. Getting optioned to Triple-A Gwinnett is southpaw Luis Gohara along with righties Patrick Weigel (#14) and Huascar Ynoa (#16). The latter is a bit of a surprise as Ynoa has just six starts above low-A ball thus far so it’s likely Ynoa will be demoted further down the chain before the season opens. Weigel, who missed most of last year recovering from Tommy John surgery, is a favorite among the Braves prospect community. My expectation is that he gets the kids glove treatment and an innings limit. His impact may have to wait until 2020.

The reassignments included righty Ian Anderson (#2), lefties Kyle Muller (#11) and Joey Wentz (#12), catchers William Contreras (#9) and Jonathan Morales, and outfielders Greyson Jenista (#15) and Drew Waters (#7). None were likely to be in the mix for a spot this spring, but represent a bulk of the elite prospects still in the farm system. Muller especially looks like a guy about to break out in a big way.

-Jim Bowden, of The Athletic, reports that the Braves “are not ‘in’ on” Craig Kimbrel. Whether Bowden is right remains to be seen. Recently, I looked at what a deal for Kimbrel could look like that might interest both parties.

-Mark Bowman has Mike Foltynewicz questionable for opening day. The Braves ace has played catch, but may not be ready to take his first opening day start as planned. His issue could be advantageous for Alex Jackson. The Braves catcher could at least open the season in the majors, Bowman suggests. It won’t be a long-term gig, but with Jackson on the 40-man roster anyway, having Jackson for those first few games frees up Brian McCann or Tyler Flowers – or really, Jackson himself – for pinch-hitting duties.

-The Braves announced that they would donate $100,000 to relief efforts following horrendous tornadoes that ravaged Alabama and Georgia last week. If you’d like to help, the Braves are also auctioning off a number of things from signed baseballs to being an honorary team captain.

-Up next is a trip to Lakeland to face the Tigers. On Wednesday, the Braves battered Detroit 8-2 with Freddie Freeman hitting a Grand Slam. Sean Newcomb is expected to pitch for the Braves as he looks to continue his strong spring.