BREAKING: Hart Foundation Officially Announced For HOF, But Who's Inducted? 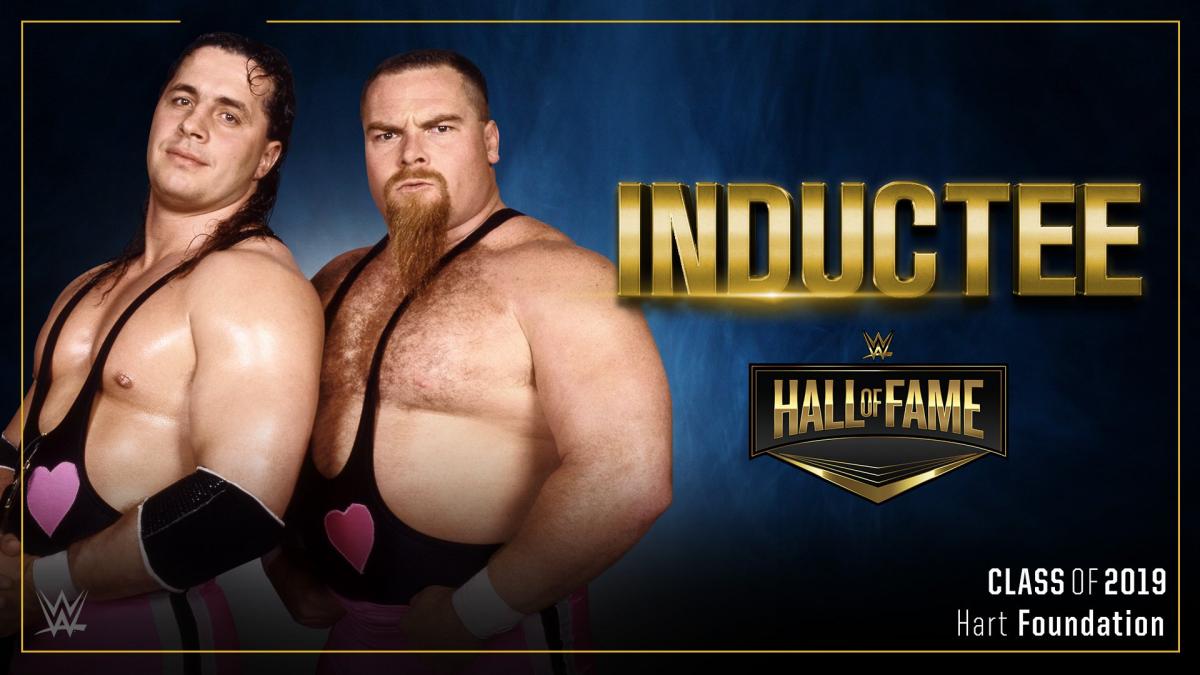 BREAKING: Hart Foundation Officially Announced For HOF, But Who's Inducted?

Rumors have been flying around over the past couple of months about the possibility of a major tag team entering the WWE Hall Of Fame this year. It was then speculated that the tag team would be the Bret Hart and Jim Neidhart making up the Hart Foundation.

Well it was now confirmed today by Yahoo Sports that The Hart Foundation will indeed take their rightful place in the Hall Of Fame. They will be inducted WrestleMania 35 weekend Saturday night on April 6th.

This will make Bret Hart the fourth WWE legend to be a 2x Hall Of Famer along with Ric Flair, Shawn Michaels and Booker T. This will be Jim Neidhart’s first induction and it will be an emotional induction as he passed away last year.

WWE Hall Of Famer Jimmy Hart is well known as being a manager for the Hart Foundation during their domination of the tag team division, however he was not mentioned in the announcement made so it will be just Bret and Jim that will be going in.

The Hart Foundation made their WWE debut at WrestleMania 2 as they competed in a battle royal that was won by Andre The Giant. Ever since emerging on the scene, they dominated the tag team division by taking on some of the best teams including The Rockers, The British Bulldogs and The Fabulous Rougeaus. They became WWE Tag Team Champions by defeating the Bulldogs in early 1987 with the help of their manager, Jimmy Hart.

They would go on to become 2 time Tag Team Champions after they got rid of Jimmy Hart by defeating Demolition in a 2 out of 3 Falls Match at SummerSlam 1990. In 1991, the team split up as Bret would go on to have his successful singles run winning the Intercontinental and WWE title. Bret and Jim would reunite forming the new Hart Foundation in 1997 along with Brian Pillman, Owen Hart and The British Bulldog.

The Hart Foundation have influenced generations of tag teams and remain as a staple in the division and provided many great memories for the WWE fans over the years. Their legacy will enshrined in the Hall Of Fame on Saturday April 6th as they join DX, Harlem Heat, Torrie Wilson, Honky Tonk Man and Warrior Award recipient Sue Aitchison.