Dominik Simon: Extremely Underrated. A Look At What Simon Does To Help the Penguins 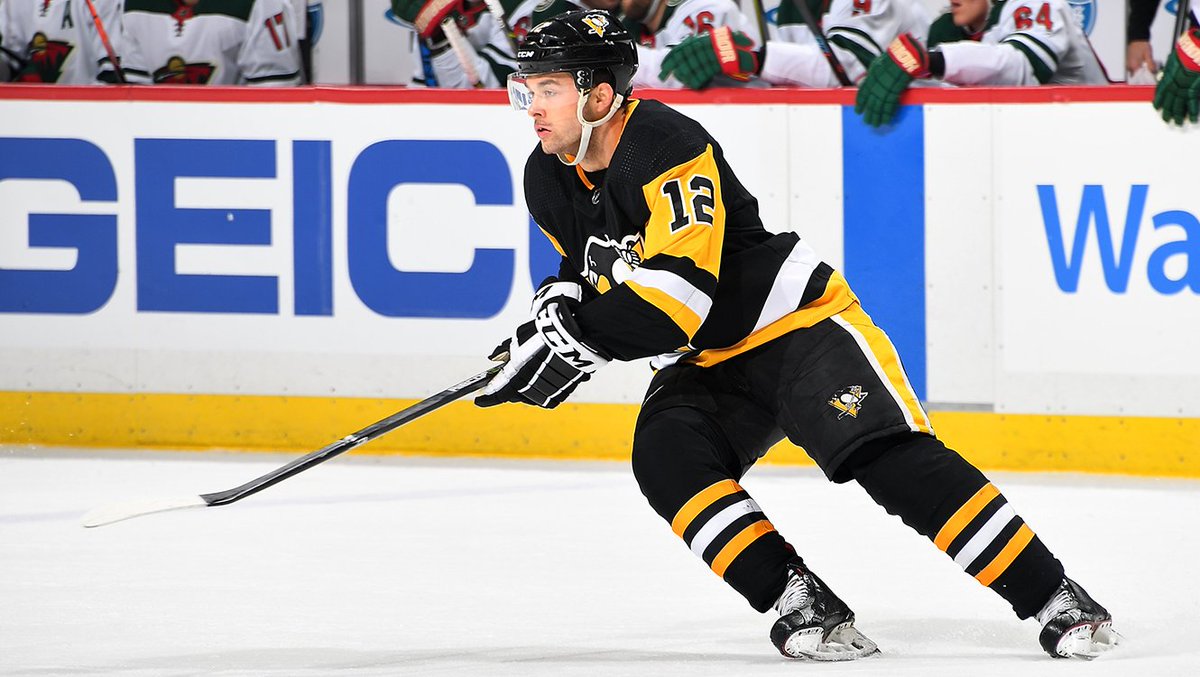 Dominik Simon: Extremely Underrated. A Look At What Simon Does To Help the Penguins

At this current stage of the year for the Penguins, there aren’t a whole lot of things going wrong.  Coming off a 4-game road trip which saw them go 3-0-1 without the likes of Evgeni Malkin and Kris Letang, you could say things are rolling.  The trade deadline acquisitions have played their part and fit in nicely (yes, even Erik Gudbranson) and Matt Murray has returned to form, posting a .948 SV% in his last 5 starts, having given up 2 or fewer goals in each.

His success since coming back from injury in December is undeniable.  But we’re not here to talk about Matt Murray today.

No, we’re here to talk about the other polarizing player in the Penguins lineup: Dominik Simon.

Simon has caught his share of flak this year for various reasons, notably because he’s not a goal scorer and seems to miss a fair amount of the chances he gets.

That, too, shows up when we take a look at the All 3 Zones tracking data that Corey Sznajder has collected and CJ Turtoro organized into the below viz.

Sample size is important to consider as only 28 games have been tracked over the 3-year period (left), with 13 of them coming this season (right).  But what we see here is a player that enters the offensive zone with control of the puck at a high level and, over the 28 games tracked, assists on shots in the 80th percentile, suggesting that his passing ability is one of the more dangerous parts of his game, but doesn’t factor into taking the shots himself.

His controlled zone entries and passing- Exhibits A, B, and C:

Dominik Simon catches a lot of flak, but the kid is a super underrated passer. Sucks the defense in, hits Guentzel joining in and goes straight to the net to cash in and open the scoring. pic.twitter.com/m4sltPHMI3

That said, this season, he’s seemingly made a more conscious effort to fire the puck more, particularly since the start of the calendar year.

The difference, though, has been his shooting percentage.

[Side note: How snake-bitten have Hornqvist and Kessel been in 2019?  If the dam breaks for them over the remaining weeks of the regular season, the Penguins are going to be an even more dangerous team.]

To further illustrate this, via MoneyPuck.com, Simon individually has an expected goals count of 9.4, yet has scored just 7 actual goals.  That difference of -2.4 is the worst among Penguins forwards this season.  Via Sean Tierney’s Goals vs. Expectation viz, we can see what that looks like (using Evolving-Hockey’s expected goals model).

Perhaps that large of a gap has something to do with his individual generation of scoring chances.  Since January, his 7.79 individual scoring chances per hour of 5v5 ice time is 9th on the Penguins, weirdly slotted directly in behind Sidney Crosby.  Only Cullen (6.62), Blueger (6.57), Pearson (5.82), and McCann (5.57) have generated fewer.

Yet, remarkably, Simon has the 5th most points over that span at 5-on-5, scoring 4 goals and taking on 8 assists.  As you’d expect, only Crosby, Guentzel, Malkin, and Kessel have scored more points at 5v5 since January.

Circling back to Money Puck, among all Penguins players this season, no skater has been on the ice for a higher expected goals share than Simon’s 59.3%.  Relative to the rest of the team, the Penguins own a +9.8% share of the expected goals generated when Simon is on the ice, which is also a team-high.  That’s greater than Crosby’s +8.2% and Guentzel’s/Letang’s +6.6%.

This trend of on-ice dominance continues across the board when looking at his on-ice shot-based, goal-based, and scoring chance-based data sets.

[Note: Rank is out of the set of 13 Penguins forwards that have played 200+ minutes since January 1, 2019.  All data via Natural Stat Trick.  Numbers in parenthesis represent Simon’s numbers relative to the team.]

When looking at what Simon does when he’s on the ice, it becomes pretty clear that he’s good at pushing the puck in a positive direction, even if the end result isn’t a goal.  Though, based on his share of expected goals above, finding himself in the bottom half of the crop of Penguins forwards in terms of goals score per hour seems like the outlier here.

In fact, his on-ice shooting percentage, much like his individual shooting percentage, is 5th worst on the team at 6.43% despite the volume of shots directed at the net while he’s on the ice.  Relative to the team per hour of 5v5 ice time, Simon’s 10th best generation of goals for doesn’t match his expected values.  More than anything, that just feels like bad luck.

Moreover, and particularly relative to the team, Simon has found himself in the top 6 of all data points except for actual goals since the start of 2019.  While he may not be scoring, the Penguins have the puck a lot when he’s on the ice and generate more in the offensive zone when he’s on compared to when he’s off.

And for as good as his “For” stats are, his “Against” numbers are something to behold.

For as much attention as Sidney Crosby has gotten this season with respect to the Selke, there is not a single Penguins forward since January 1 that has been better at suppressing other teams than Dominik Simon.

This, too, generally has held true throughout the season.

Translation: Dominik Simon has been the best suppression forward on the Penguins in the 2019 calendar year and is among the best in the league at suppressing other teams’ ability to create offense.

And when you combine all of this together to get his overall share in each metric, it should come as no surprise that he tops the charts on the Penguins roster. His overall share of each non-goal bucket matches up with that of what we saw with his expected goals, pushing his relative and overall shares above one of the best to ever play the game.

To simplify this even further, we head back to Sean Tierney’s viz representing the average difference in on-ice shot attempts per 60 minutes of 5v5 ice time.

Dominik Simon doesn’t score a ton of goals and is much-maligned for that.  Much of that seems to be because of bad luck.

A game of inches pic.twitter.com/O0pOMkXKXB

One day, we might see his career 5v5 shooting percentage approach 10% instead of the 7.53% he’s currently shooting at.

But what he has done in his time with the Penguins this season, though, has paid off regardless of whether he’s playing on the top line with Sidney Crosby or the 3rd line with Nick Bjugstad.  The results are still the same.

Simply put: the Penguins are a better puck-possession team when Simon is on the ice.

And while Simon may not be scoring goals, he’s making sure the players he’s going up against aren’t even getting a sniff of the goal.

No matter how you slice it, that’s great stuff.  And if the kid starts getting some puck luck heading into the postseason, look out.