Hunter Pence now has this in common with Lou Gehrig 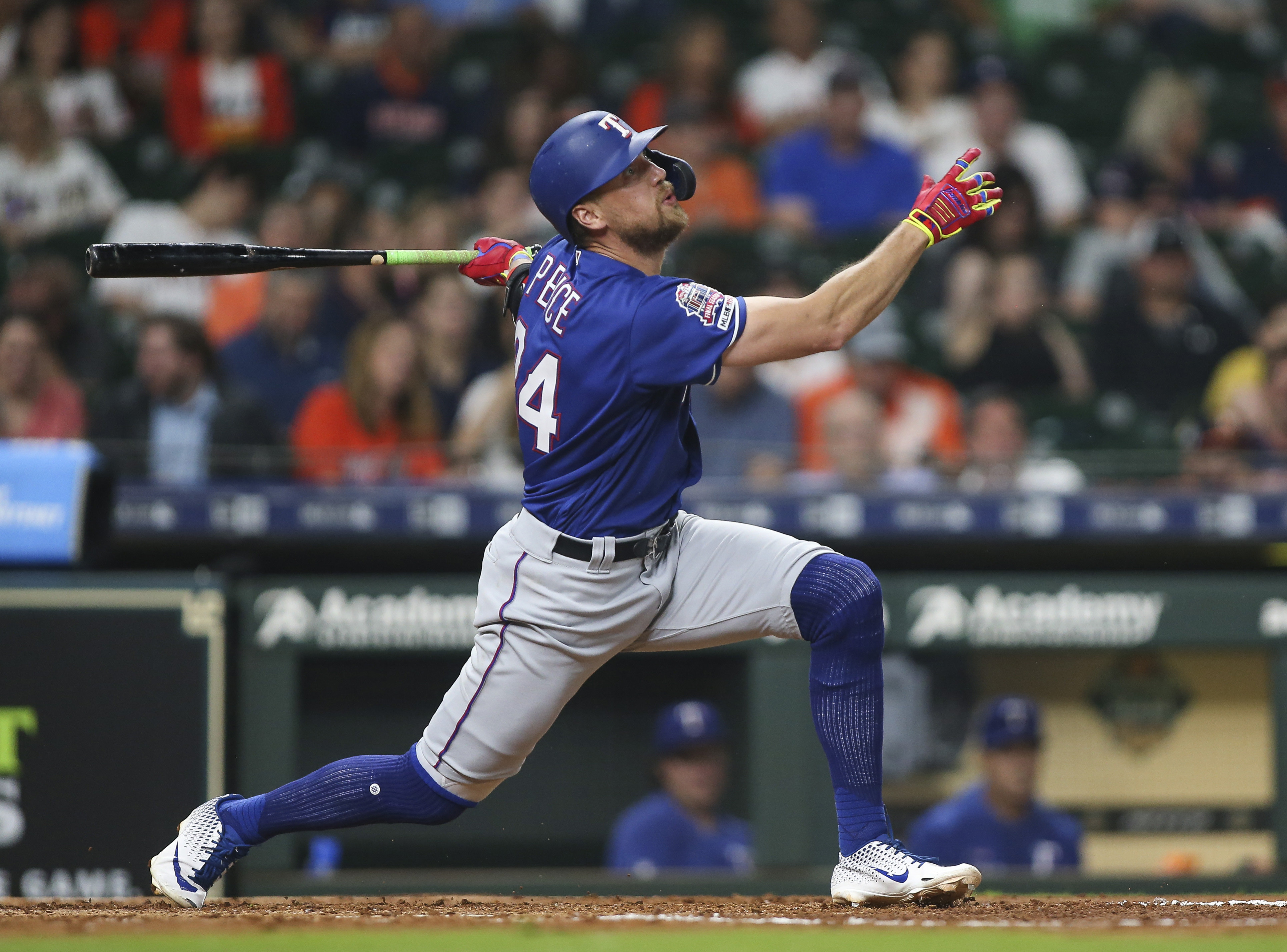 Hunter Pence now has this in common with Lou Gehrig

Hunter Pence has experienced a nice MLB career, but he’s probably never heard his name mentioned in the same breath as Lou Gehrig. Until now, that is.

The veteran outfielder’s last two years with the San Francisco Giants were painful to watch, and it wouldn’t have been surprising if his time in the big-league had come to an end following the conclusion of 2018. Instead of accepting defeat and hanging up his spikes sooner than he wanted, the 36-year-old played winter ball and revamped his swing. That led to a minor-league deal with the Texas Rangers in February, and it’s paid huge dividends in what’s become a career resurgence.

If we’re looking at pure counting stats like home runs and RBI, he’s basically already outperformed last year’s dreadful campaign. This has happened because of what he’s accomplished as a visiting player in recent games. In his last five road games, Pence has collected four doubles, four homers, and 17 (!) RBI, which, as you likely figured by this point, has him being mentioned alongside The Iron Horse himself.

Even with a potential go-ahead HR robbed tonight, Hunter Pence of the @Rangers has been on a tear.

The only other AL player to do that over any 5-game road span: Lou Gehrig in July 1930.#TogetherWe

That’s a good barometer of knowing whether or not you’ve saved your career for the time being.

This story is just another great lesson for ballplayers — it doesn’t matter how much success you’ve had or how much experience you’ve accrued. If things aren’t working anymore, adjustments must be made if you’d like to keep playing. Pence has gone from being on the brink of a forced retirement to one of baseball’s 10 best hitters by wRC+ among those with at least 70 plate appearances heading into Friday’s games.

On a team that likely won’t be heading to the playoffs — the Rangers have a 1.2% chance of reaching October according to FanGraphs as of this writing — he could easily find himself on a contender before the trade deadline passes. Now that’s what you call a turnaround of epic proportions.