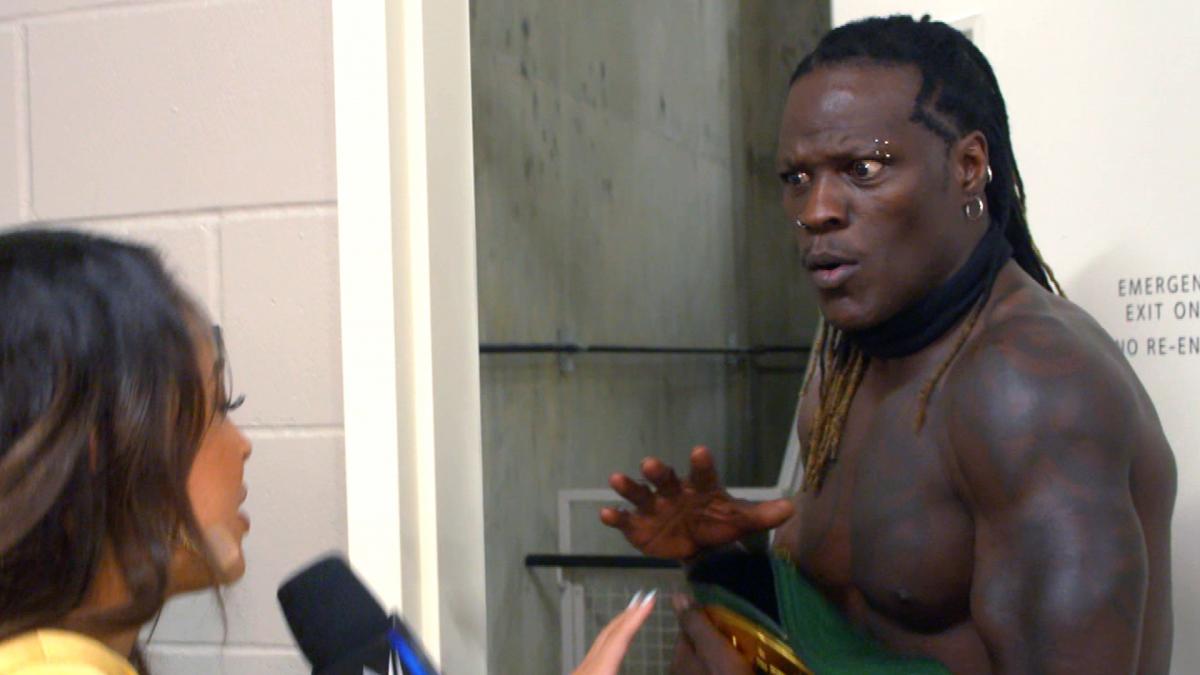 After escaping from WWE Superstars on more than one occasion to keep the WWE 24/7 Championship in his grasp, R-Truth lost the title once again to Jinder Mahal.

WWE.com uploaded the video on YouTube showing Jinder sneak up from behind Truth as he was talking to someone on the phone at an airport and rolled him up, got the pinfall and won the WWE 24/7 Championship for the second time.

The first time Jinder Mahal took the 24/7 Championship away from R-Truth happened a few days ago when Truth was at a golf course with Carmella. Jinder snuck up on Truth and attacked him from behind. He would roll up Truth for the pinfall and the title win until Carmella provided a distraction causing Truth to roll up Jinder to regain back the title.

After Truth regained the 24/7 Championship, he was forced to defend it in a Lumberjack match on SmackDown Live this past Tuesday by the order of Shane McMahon against Elias. Elias was able to defeat R Truth and capture the 24/7 Championship for the second time in his career.

After everyone scrambled for Elias and at each other to get the title, Elias tried to escape until he ran into R Truth outside the ring. Elias crawled under the ring and Truth followed him. A few seconds later, the bell rang and Truth emerged from under the ring back with the 24/7 title. Truth apparently had pinned Elias from underneath the ring and captured the championship back.

Then Truth escaped through the crowd with the title as Drake Maverick was dodging right for him.

Now that Jinder Mahal is once again the 24/7 Champion and escaped on a plane with it, how will Truth find a way to get the title back this time? All any of us have to do is stay tuned and find out.