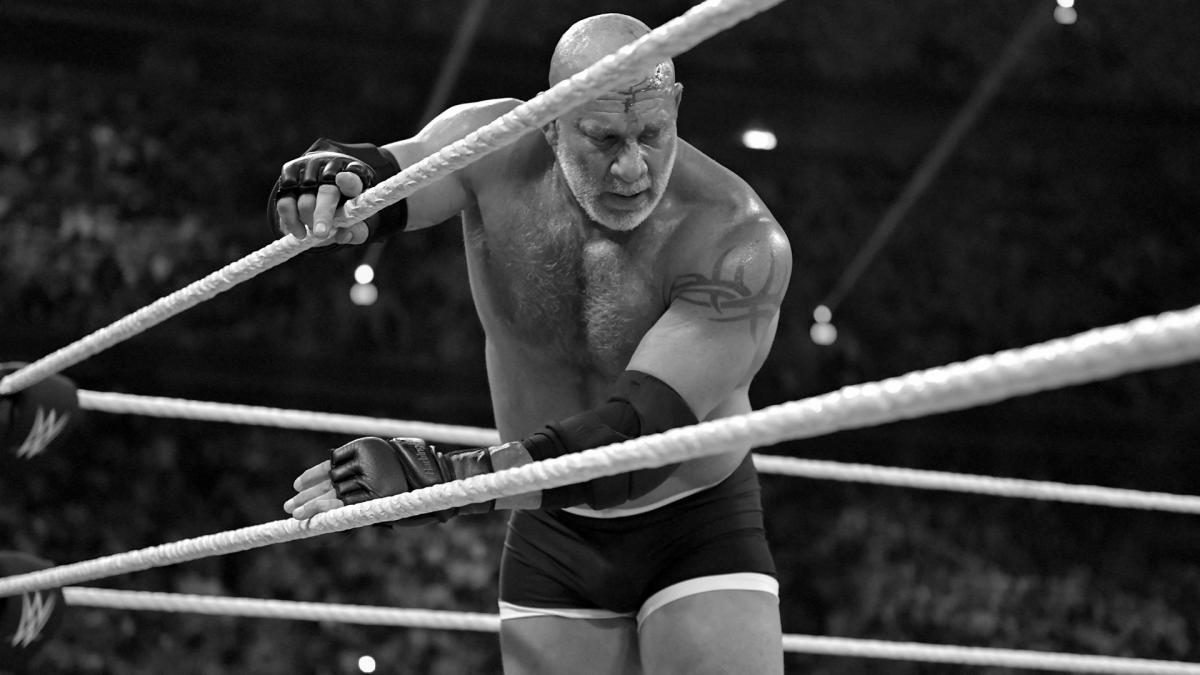 At WWE Super ShowDown this past Friday, WWE Hall Of Famer Goldberg went one on one in the main event against The Undertaker for the first time in his career. The Undertaker ended up coming out victorious as Undertaker pinned him after a choke slam.

However, the match took it’s toll on Goldberg as the show closed. As Goldberg was leaving the ring when the match ended, he collapsed at ringside. A video by Wrestling Attitude was uploaded that caught the moment Goldberg collapsed.

It has been reported this week that Goldberg suffered a concussion during the match which may in fact be the reason Goldberg passed out right at ringside.

Goldberg’s head did take a beating on this night before and during the match. First, he banged his head on his locker room door before heading out to the ring as this is his pre-match ritual that he has done for years. Then during the match, Goldberg went for a spear on Undertaker but hit the ring post head first instead causing him to be busted open. It also looked like Goldberg landed straight on his head when Undertaker planted him with the Tombstone Piledriver.

The match itself was not well received by fans viewing the show on the WWE Network. Both legendary stars did all they can to put on a great match but it ended up being a match full of mistakes. Goldberg tried the Jackhammer on Undertaker during the match and instead dropped Taker on his head. Undertaker tried to reverse Goldberg with a Tombstone Piledriver but both men ended up falling on the mat.

The match finally ended as Undertaker grabbed Goldberg by the throat and nailed a choke slam for the pinfall. The look on Undertaker’s face after the bell rang shows that he was also not pleased with how the match turned out.