Welcome To The Party, Amed 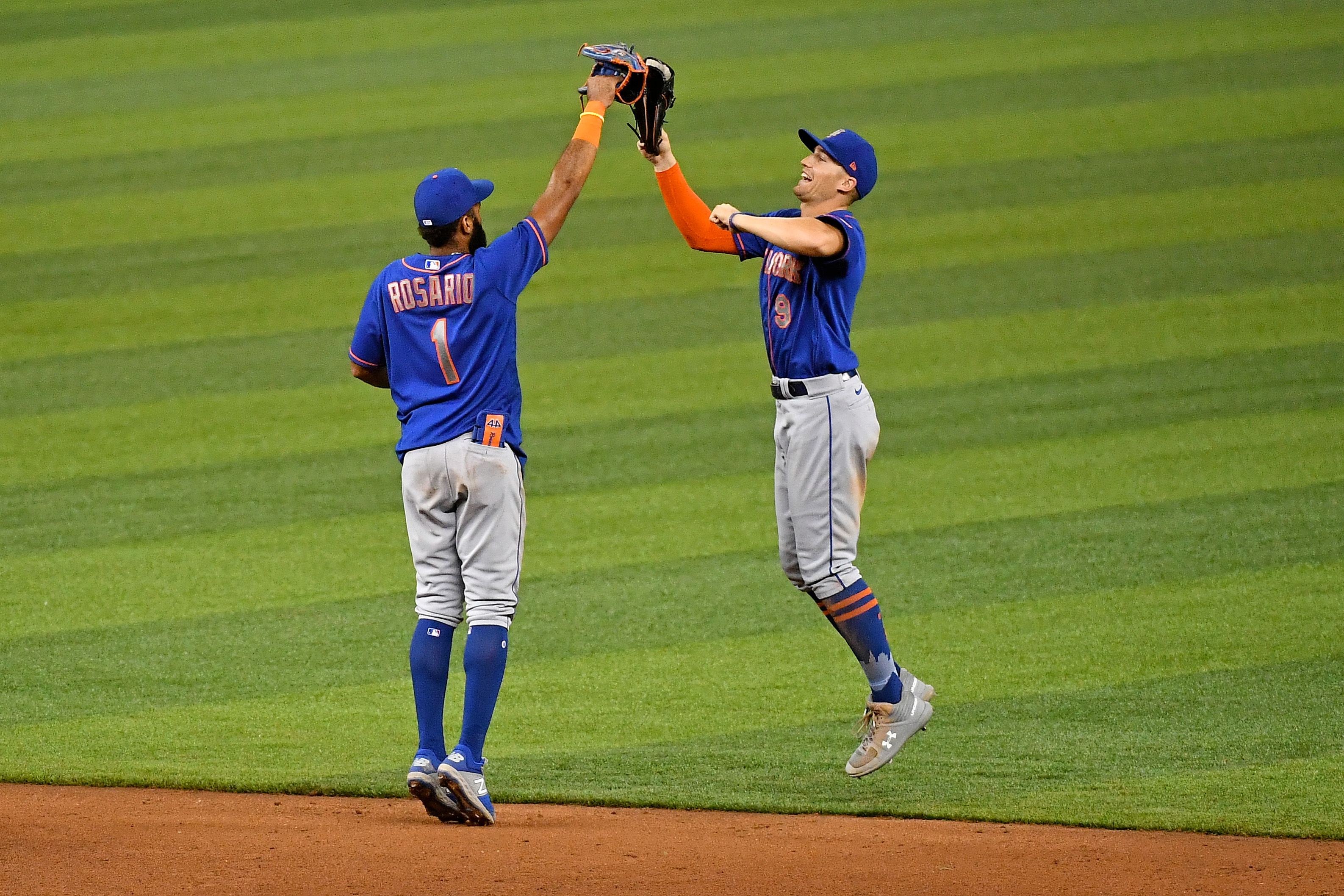 Welcome To The Party, Amed

Amed Rosario is a player who you could really create a media firestorm around if you wanted to … and if you were in the media. Not to rag on the media, but it would be an easy thing to do. Like for instance I would say something like “Amed Rosario, once the top prospect in the organization, has been struggling to start this season. He’s been maddeningly inconsistent throughout his career, and he starts 2020 by hovering around the Mendoza line, trying to pull pitches on the outside part of the plate. And with Andres Gimenez taking his role as the flavor of the month, Rosario must be feeling the pressure.”

Yes, Rosario has been struggling to start this season from hell. He came into Tuesday’s game hitting .211. He always starts off a little slow, but for somebody who is supposed to be one of the offensive cogs, .211 might be slow even for him. And yes, Gimenez is the darling of the season so far. I for one love Gimenez and hope he has a future here. But I highly doubt that Gimenez is causing Rosario to press any further than he does. To me, this is normal Rosario. He’s going to have cold stretches and then bust out for a week. Think Lucas Duda with less plate discipline.

Hopefully this is a week that features a hot streak. Corey Oswalt, a late replacement for David Peterson who was scratched with shoulder fatigue, was better than anyone could have imagined after been put through the ringer by the Braves early in the season, giving up two runs in four and 1/3, and would have lasted longer had Jesus Aguilar not decided that he was going to go all Eckstein on us and ground a pitch six inches off the plate for an oppo double. (Seriously, it was a great piece of hitting, but Jesus Aguilar? Since when did he acquire the Platinum Level Ichiro Bat Control card?) But Oswalt not being completely blown out of the water along with fine bullpen work by Justin Wilson and Jared Hughes put Rosario in a position to do his thing.

With the lead at a fragile 3-2, Rosario crushed a ball into what might have been the Clevelander had Derek Jeter just left well enough alone to make it 4-2. Then after a Dom Smith bases loaded walk in the 8th to make it 5-2, Rosario blew it open with a two run single to make it 7-2, and provide the needed comfort for an 8-3 victory. Rosario is now up to .224 (he hasn’t walked so that’s his OBP too), If he can heat up along with the rest of the lineup (Brandon Nimmo had three hits and a homer while J.D. Davis also stayed warm with a homer), that would really give the Mets some breathing room and help their beleaguered rotation, which gets a lifeline with the return of Jacob deGrom tomorrow. The combined 19-7 score in two games against the Marlins means not only good things for the Mets, but it means that Cinderella might be turning into a pumpkin before our very eyes.

Side note, Edwin Diaz had a rough outing in the boxscore while mopping up in the 9th, but now you get why he wants more work. He was definitely a little wonky after a few days off, but two of the hits he gave up were fluky, and the stuff appeared late in the ninth inning. Nothing to see here.

As for Rosario, he’s going to be the shortstop until further notice. He’s not going to be benched for Gimenez full time any time soon, so let’s hope that Rosario can get off on a run here. Besides, anybody that tells you that is making stuff up because they’re not allowed near anybody to get the real story anyway. And remember that in this pandemic world, there’s only one hard hitting journalist you can trust:

(Seriously, if you get a chance to hear the discussion that Gary, Keith, Ron and Steve had regarding the Fernando Tatis kerfuffle in the second/third inning, go back and do it. It’s a clinic as to why they’re the best in the business … even from Dystopia Central, Steve was insightful. It takes a lot of effort to make things seem effortless, and that’s what the SNY crew brings every night.)