Belly Of The Beast Investigates: Is Alabama Football Bigger Than Facebook? 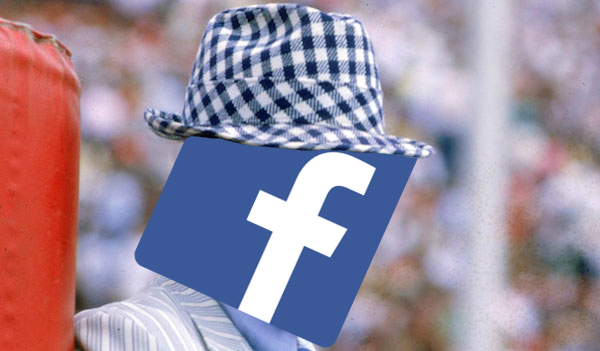 While sitting on the Twitter watchtower yesterday, I was looking across the great expanse of important animal GIFs and burning garbage when something interesting appeared on the horizon. By interesting, I mean that was Tuesday, February 21st and please give me five minutes of mindlessly running out the clock.

It turns out that Mark Zuckerberg, the man who helped bring family, friends, and people that you, against your better judgment, accepted friend requests from, and their smoldering takes right into your personal space, was in Tuscaloosa for the day. I think it’s safe to assume The Process is coming to Facebook and your timeline will soon have NO DAYS OFF (and if it throws a pass in the third quarter, some engineer is getting fired and a job at Twitter). While we can’t confirm that, we do need to know if THE TIDE is bigger than Facebook.

Sure Facebook has its 1.86 billion active users and Alabama coughed up a 10-point fourth-quarter lead over Clemson, but do they have 16* NATIONAL TITLES OUT THERE ON THE LEFT COAST? THEY EVER WON A RECRUITING NATIONAL TITLE?

*possibly as high as 34, depending on how many Auburn claims in 2017

The only way to settle this debate is to break it down in the film room, which already puts Facebook at a disadvantage. Let’s turn on the tape. What about the scene in Saban’s office? Well how about that.

Despite all of its fancy algorithms, billions of fans across the world, and outrageous net worth, Facebook still AIN’T BIGGER THAN ALABAMA FOOTBALL. Y’ALL AVOCADOS-ON-EVERYTHING PEOPLE BETTER BE GLAD THIS MEET AND GREET DIDN’T GO DOWN IN BRYANT-DENNY. WOULD’VE BEEN THE TIDE BY FIVE TOUCHDOWNS.