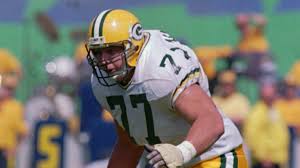 The Green Bay Packers are one of the most storied franchises in the NFL and have won more championships than any other team in league history. But, just like any other NFL team, Green Bay has had their share of first round draft choices that for one reason or another, never panned out whether it be due to injuries, poor position placement or just that the scouts were wrong about the player.

Here is a look at the Packers 10 most disappointing first-round draft picks since 1980. The earlier in the draft a player was taken, the bigger their “bust” factor is. In addition, this article primarily looks at how these players performed with the Packers although playing well elsewhere can help raise their ranking a bit.

Here are the Packers 10 most disappointing first-round picks since 1980:

It’s tough to fault Sherrod for his appearance on this list. The Packers drafted the former Mississippi State product with the 32nd overall pick in the 2011 NFL Draft. After playing only five games as a rookie, Sherrod broke his leg in a game against the Chiefs. He never really recovered from the injury.

Sherrod’s career lasted four seasons and he played in 20 total games, starting one. The Packers waived him midway through the 2014 season. He never played in another NFL game again.

We will never know what might have been for Sherrod had he not suffered such a serious knee injury. He is more of a disappointment than a bust but his NFL career never really took off because the injury.

Damarious Randall’s lack of success with Green Bay had a lot to do with the team’s decision of where to play him. Although he was a standout safety in college at Arizona State, the Packers drafted him and converted him to cornerback where he was extremely inconsistent.

In three seasons with the Packers, Randall intercepted 10 passes but he was also burned too many times in coverage and never developed the consistency expected of a first-round pick.

The Packers traded him to the Browns before the 2018 season in the deal that brought DeShone Kizer to Green Bay. The Browns moved him back to safety and the quality of his play improved. He has played both strong safety and free safety for the Browns and Seahawks.

Randall’s career may have flourished more had the Packers kept him at safety from the start. As it is, he went down as a disappointing first round pick for his performance with the Pack.

The Packers drafted Clark with the 19th overall selection in the 1991 NFL Draft. The Ohio State alum only lasted two seasons in Green Bay and started a total of 15 games while intercepting four passes.

By 1993, the Packers parted ways with Clark as the team got better around him. He later played for the Falcons, Saints and Jaguars, but was out of football after the 1996 season.

Clark was a “tweener”. He lacked the skills to play well in man coverage as a corner but didn’t have the size to be a good safety. As a result, he became only a serviceable player during his brief Packers career.

Jones lasted four seasons with the Packers after they selected him in the first round of the 2013 NFL Draft. He started a total of seven games for the Pack and totaled nine sacks and one interception.

Jones did have some flashes of ability. His best performance may have come in the Packers 2014 playoff win over the Cowboys where he recovered a fumble and blocked a field goal to help the Pack advance.

Jones never developed into a consistent pass rusher and the Packers declined his fifth-year option. He later played for Cowboys, 49ers and Raiders. He has signed with Montreal of the CFL for the 2021 season.

The Packers were clearly expecting more from Jones than they got. He never became the player the Packers envisioned when they drafted him out of UCLA.

The Packers selected the Arkansas product 25th overall in 2004 and he ended up starting 11 games as a rookie. He was listed at 5’10” and his lack of height and tendency to take poor angles to the ball led to a lot of big plays going against him. He also took too many penalties when trying to catch up to receivers after being beaten on plays.

Carroll intercepted a total of three passes in his two-plus seasons with the Packers, but he was released midway through the 2006 season after a particularly bad game against the Eagles.

He later played for the Jaguars and Jets as well as in the Arena Football League before falling out of the NFL after the 2009 season. He had some success playing in Canada but never really became a quality NFL player.

Unfortunately for the Packers, Harrell was damaged goods when they drafted him. He was recovering form a torn biceps injury he suffered in college and came to training camp overweight and out of shape as a result.

He never lived up to his mid-first round billing. In three seasons with the Packers, Harrell played in 14 games and started only two. He recorded 27 total tackles and never recorded a sack in the NFL.

Injuries hurt Harrell’s career and he never became the player the Packers were hoping for when they drafted him.

The Packers had high hopes for Florida State’s Jamal Reynolds when they picked him 10th overall in 2001. He was a consensus All-American after recording 12 sacks in his senior season.

But in the pros, injuries hampered his development. In three seasons with the Packers, Reynolds played a total of 18 games and never started one. He forced two fumbles and recorded three sacks total in his career with the Packers.

Reynolds was out of football after the 2003 season. The Packers tried to trade him to the Colts, but Reynolds failed his physical. He later tried to catch on with the Browns but they waived him before the start of the 2004 campaign.

The Packers wasted the fourth overall pick in the 1980 draft on Penn State’s Bruce Clark. He was supposed to be the nose tackle that would solidify the middle of the Green Bay defense, but there was one small problem: he didn’t want to play in Green Bay. He told the Packers that before the draft, but they selected him anyway.

Instead of signing with the Pack, he ended up joining Toronto of the CFL. He spent two years in Canada before joining the Saints in 1982. The Packers were able to acquire a first round pick for Clark which they used to select CB Tim Lewis.

The Packers needed help in many areas in 1980, coming off a 5-11 season in 1979, but Clark never played for Green Bay. He went on have one Pro Bowl season for the Saints in 1984, but he never suited up for the Packers. Green Bay had little to show for the fourth overall pick in the draft.

The Packers selected Cal’s Rich Campbell with the sixth overall pick in the 1981 draft. Unfortunately, it didn’t take long for the coaching staff to realize Campbell lacked an NFL arm. Why the scouting department didn’t figure that out remains a mystery.

Campbell lasted four seasons as a backup in Green Bay behind Lynn Dickey and David Whitehurst. He never started a game. As a rookie, he threw four interceptions when he came off the bench in a disastrous 37-3 loss to Tampa Bay.

The highlight of his career was a last second prayer of a touchdown pass to Phil Epps that gave the Packers a 20-14 upset win over the Bears in 1984.

In his career, Campbell completed just 45.6 percent of his passes and threw three touchdowns and nine interceptions. His quarterback rating was 38.8.

The two players selected after Campbell in the 1981 draft were Pro Bowl linebacker Hugh Green and Hall of Fame defensive back Ronnie Lott. Campbell on the other hand, threw a total of just 68 passes in his undistinguished NFL career.

Few players were as hyped before they were even drafted than Michigan State All-American, Tony Mandarich. He was on the cover of Sports Illustrated before the draft even took place and was considered by many experts to be the greatest prospect ever in NFL history.

Unfortunately, he went from being called, “The Incredible Bulk” (the title of his SI cover) to “The Incredible Bust.” While Mandarich had all the measurables coming out of college, much of it was due to steroid use and he never had the strength and agility he demonstrated in college.

Mandarich started his NFL career with a holdout before finally signing a lucrative deal with the Packers. But the All-American college player never duplicated his success in the NFL.

Mandarich became a starter in his second season in Green Bay but was average at best. The Packers released Mandarich prior to the 1992 season when Mike Holmgren realized he was not a good fit for his version of the West Coast Offense.

After four years out of football, Mandarich cleaned himself up and returned to football, playing three years with the Colts from 1996-1998. He became a very average tackle and later guard for the Colts.

The 1989 draft was a great one and four of the first five picks were Hall of Famers. They include quarterback Troy Aikman, running back Barry Sanders, outside linebacker Derrick Thomas and cornerback Deion Sanders. The Packers ended up with Mandarich who never panned out for them.

Considering the hype, how high he was drafted and who the Packers could have had with that pick, Mandarich goes down as the most disappointing first-round pick in Packers history.