Three takeaways from the Islanders 8-2 win over Detroit 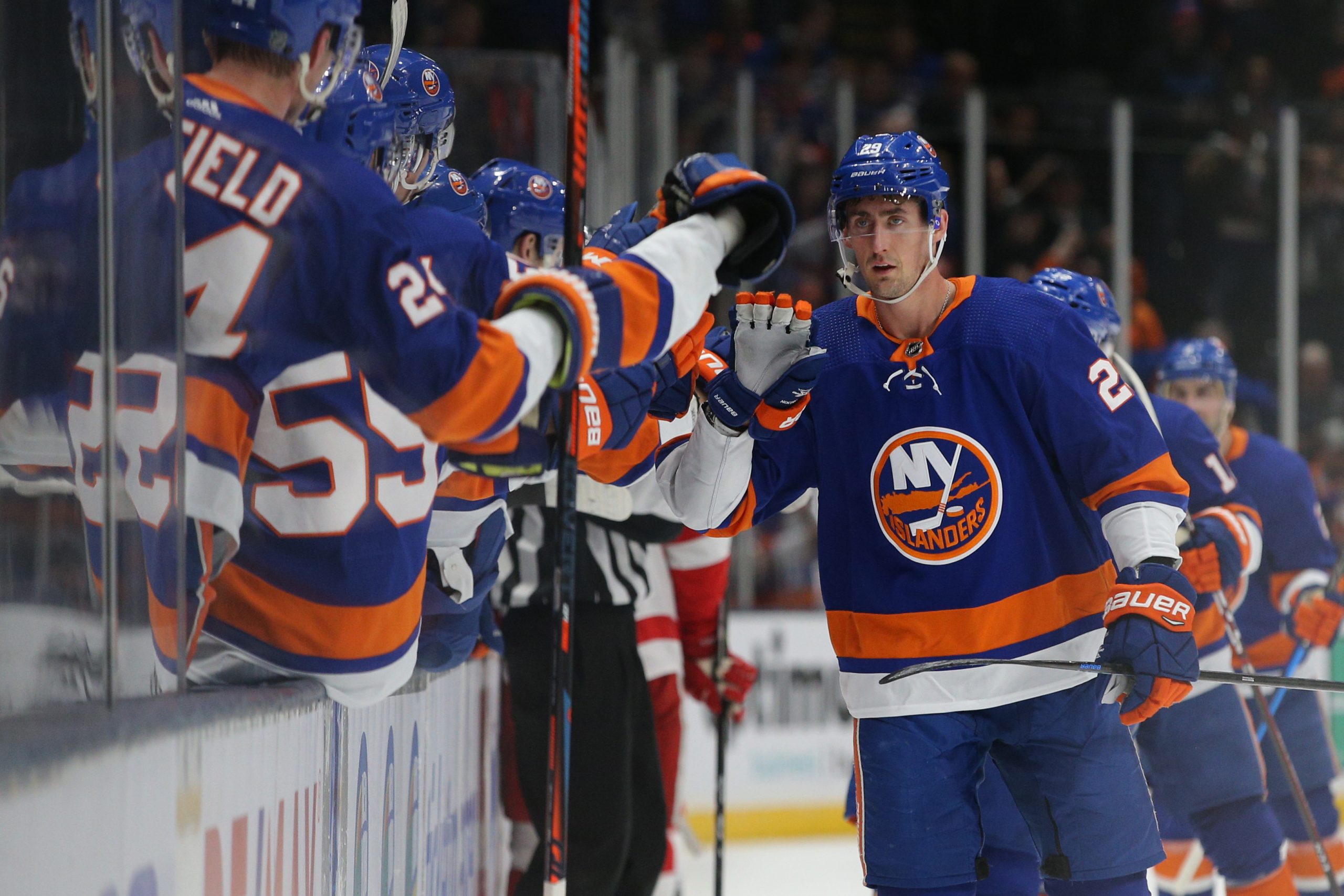 the islanders played like they had something to prove

Eight goals in a game are somewhat of a statement. The Islanders weren’t happy with the way they played the night before in Manhattan, so the blue and orange looked like a team on a mission with Detroit in town.

The Red Wings never established much during the 60-minute contest and the Islanders had three goals on the board before the first eight minutes had passed. They drove starter Jimmy Howard from the net and then proceded to light up Calvin Pickard for another five goals.

It was the first time since Feb. 7, 2016, against the Edmonton Oilers that the Islanders had put up eight goals in a single game. Coincidentally, they had suffered a tough loss the night before that game as well, losing 5-1 to the Red Wings

"I thought all four lines were pretty good today. I thought Barzy's line was going. They led us out of the gates, Beauvillier was going and forechecking. Bailey's line was good too. They had a few good looks. When you get everyone going like that, we're a tough team." – Nelson pic.twitter.com/vKi2JEBYBL

“I don’t think we were oblivious to the fact that we didn’t play yesterday,” Nelson said. “The beauty was that we had to wake up and play another game. We wanted to take advantage of the game here at home. Came out with a good start and played quite a bit better than last night.”

The difference was night and day, and Islanders head coach Barry Trotz noticed it right from the jump.

“I liked the start. We came out with a lot of purpose and we were able to jump on them early,” Trotz said. “Establish a little bit of a forecheck and able to capitalize. Force them to chase the game the rest of the way.”

islanders starting to get some scoring

It had been 16 games since Josh Bailey had found the back of the net. Anthony Beauvillier had gone 13 games without a goal. Both of those changed on Tuesday with the two each scoring in the win.

Jordan Eberle, who had been going through a dry streak of his own until recently, scored for the third time in his last four games. Both of the Islanders’ top two lines contributed points and even Leo Komarov scored his first of the season.

The point? This is what the Islanders need to get back to for the team to be successful and that showed on Tuesday.

“It’s good for guys’ confidence obviously,” Ryan Pulock, who had a pair of assists, said about the team’s scoring. “They haven’t been coming that easy for us as of late. Obviously, tonight was a lot better in that area and hopefully, we can keep carrying with that offensive threat.”

The Islanders will need it with the Rangers, Washington Capitals and Carolina Hurricanes all on their upcoming docket. They’ll to use the offensive outburst from Tuesday as a springboard moving forward.

“Yeah there is a long list of people who hopefully this gets them going in the right direction,” Trotz said.

It wasn’t a spectacular shot from the point that became Noah Dobson’s first career NHL goal — though that might change when he tells it years down the line. It turned out to be a floater he threw at the net that a Detroit Red Wings player batted into the net.

But hey, a goal is a goal and Dobson was plenty excited afterward about getting his first with the Islanders.

“It was a really cool experience,” Dobson said. “Something you dream of as a kid. Obviously, it wasn’t how you drew it up, but I’ll take it for sure.”

WE'RE SO PROUD OF YOU NOAH!

Dobson was appearing in his sixth consecutive game since taking a bigger role on the blue line with Adam Pelech was sidelined. Dobson explained how his comfort and confidence level had grown with consistency during an interview with Islanders Insight over the weekend.

He echoed those sentiments after the game on Tuesday as well.

“It’s definitely a big change from playing here and there to (being) a regular now,” Dobson said. “Definitely good, but I think I want to continue to grow as a player.”