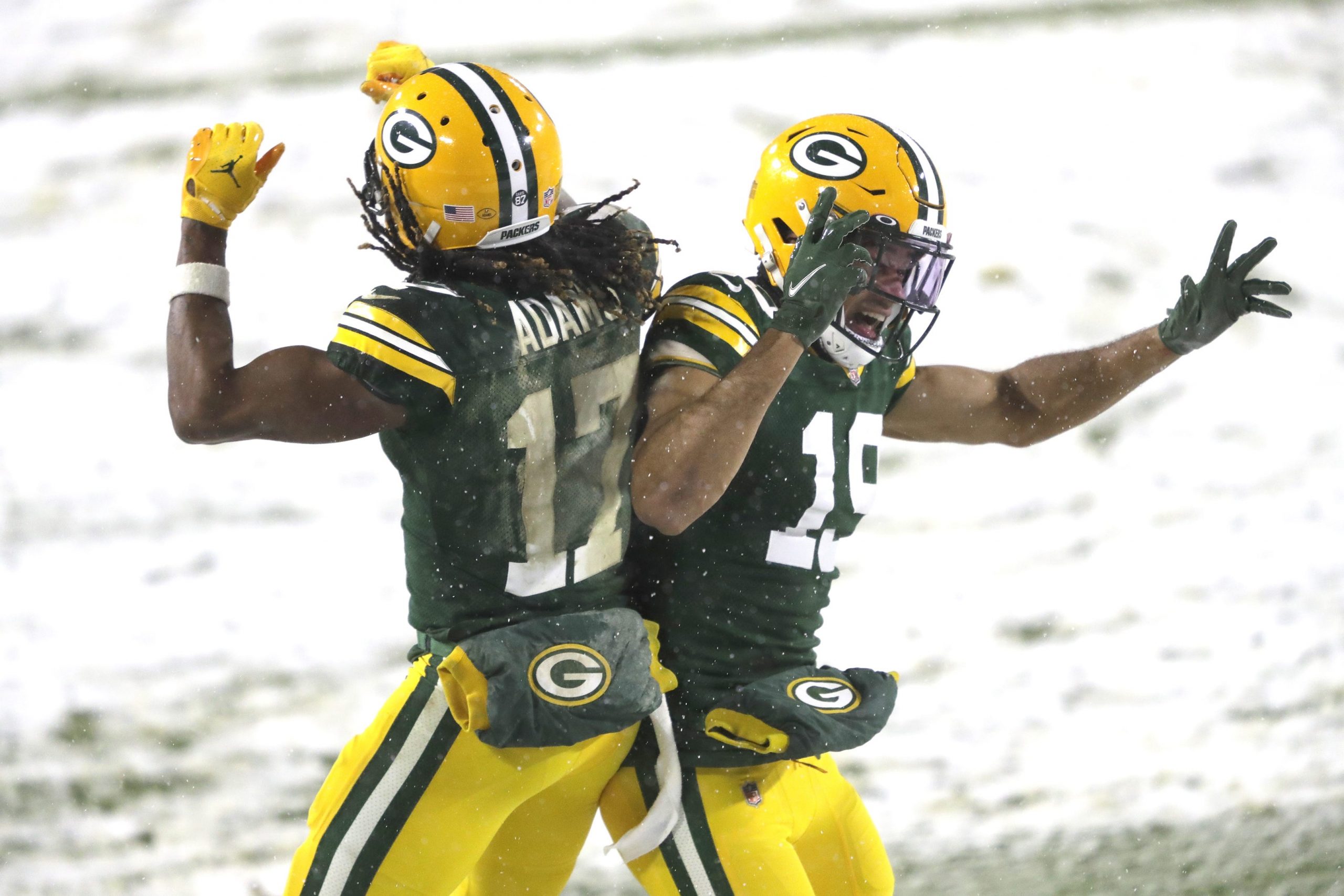 The Packers top five veteran wide receivers were not at voluntary OTAs the past two weeks which was a bit of a surprise to many fans. As the team heads into mandatory OTAs and then training camp, the question remains which wide receivers will make the final roster this season.

It is likely the Packers keep six wide receivers on the final roster plus one or two more on the practice squad. The team could keep one more or one fewer player depending on other roster needs and which players can contribute on special teams.

Here is a look at the Packers wide receiver situation heading into mandatory OTAs. These rankings are subject to change due to injury, strong or weak play during training camp and during the preseason and other developments.

Adams is entrenched as WR1 and may be the best receiver in the game today. He has great moves and the ability to create an advantage within a step or two after the snap. He set a franchise record last season with 115 catches despite missing two games due to injury.

The big issue remaining with Adams is his potential extension as his contract expires after the 2021 season. The front office is negotiating with his agent but the Aaron Rodgers situation may affect his position on re-signing with the Pack.

Lazard is a big possession receiver and the best run blocker among this unit. He is a reliable target on third downs and excels over the middle. He missed five full games and was slowed in several more due to a core muscle injury suffered in Week 4.

Valdes-Scantling is a deep threat with top-flight speed.  He led the NFL with a 20.9-yards per catch average but needs to improve his route running and his consistency at catching the football. If he can improve in those areas, he can become an elite receiver.

Rookie third-round pick Amari Rodgers is a lock to make the roster if he stays healthy. He got extra reps in the first two weeks of OTAs since the top five veterans weren’t present. Amari Rodgers figures to play in the slot and to run jet sweeps, end arounds and other gadget plays. Eventually, his role will expand as he gains mastery of the playbook.

Likely to Make the Roster: (2)

Funchess has played in only one game over the last two NFL seasons. He suffered a season-ending injury in Week 1 of 2019 and then opted out of the 2020 season due to the pandemic.

Funchess’ biggest asset is his size. In 2017, he enjoyed his best season with the Carolina Panthers when he caught 63 passes for 840 yards and eight touchdowns. While he’s not a burner, he has enough speed to create mismatches because of his size. If he can return to his earlier form, he’ll give the Packers another solid receiving weapon.

St. Brown has struggled with injuries during his time with the Pack. He missed all of 2019 and parts of 2020 due as a result and it has slowed his growth as a pro. St. Brown also has good size but must be more consistent with his hands and route running. The potential is there and he’s showed it in flashes but now is the time for EQ to show he can be a bigger part of the offense.

The remaining seven candidates are long shots to make the final roster but could end up on the practice squad if they don’t make the final cut after training camp.

Begelton was a CFL star who spent last season on the practice squad and was activated for one game without catching a pass. He took two snaps on offense. If he has made the adjustment to the NFL, he could turn out to be a solid possession receiver.

Blair was signed as an undrafted free agent out of Alcorn State, the same school Donald Driver attended. He has good speed and was a long ball threat in college.

Gaither is a San Jose State alum who set a school record by catching touchdown passes in six straight games. He has made a strong early impression in OTAs since the five veterans weren’t there over the past few weeks.

Malik Taylor made the roster last year and the coaching staff likes him, but he will have to earn his spot on the roster, likely via special teams play or he will have to demonstrate a big leap forward in year two with the team.

Thompkins has spent time with the Eagles and Steelers and is a first year man. His best chance of making the roster may be as a return specialist although the Packers have several candidates for that job in camp.

Winfree played two games with the Pack last year and three with Denver in 2019. The former Colorado star has the size the Packers prefer in a receiver and if he picks up the offense and excels on special teams, could compete for a job on the roster or on the practice squad.