Cody Kessler will start for Browns in Week 9 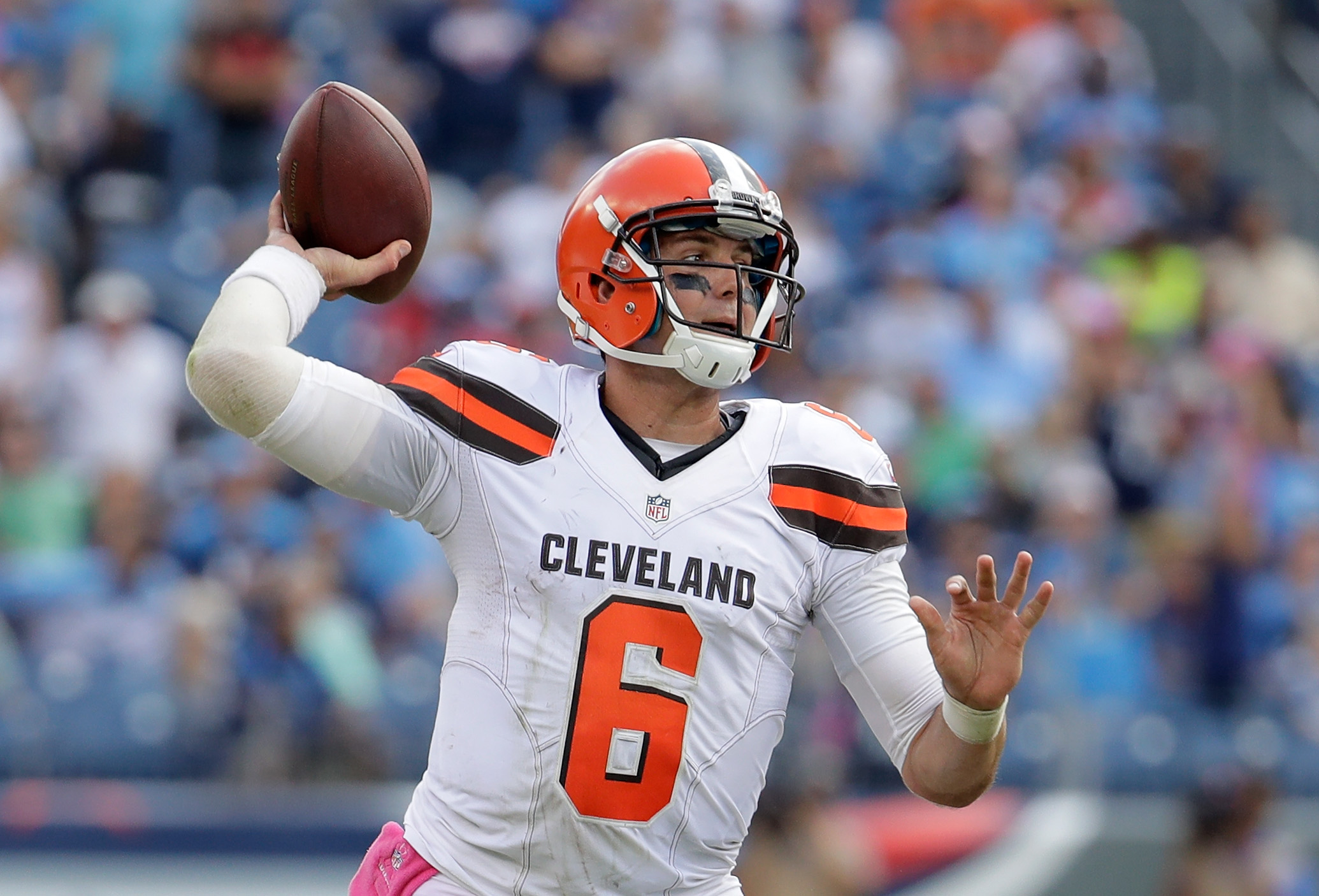 Cody Kessler will start for Browns in Week 9

There will be no quarterback controversy in Cleveland.

At least not for the next two days.

Cody Kessler will start for the Browns (0-8) Sunday against the Cowboys (6-1) in Cleveland, according to Pro Football Talk.

Kessler missed the Browns’ 31-28 loss to the Jets last week after suffering a concussion the previous week at Cincinnati.

The 37-year-old Josh McCown started in Kessler’s place against the Jets and completed 25 of 49 passes for 341 yards and two touchdowns. But he also threw two fourth-quarter interceptions, and his second touchdown pass came with 12 seconds left and the Browns down 11.

Kessler, a 23-year-old chosen in the third round of the 2016 draft, has completed 66.9 percent of his passes with four touchdowns and one interception in five games.

Most-accurate QBs under pressure this season (by adjusted completion %):

Kessler has at least proven worthy of a long look. While it would be nice for the Browns to win a game or two in 2016, there’s a chance Kessler helps them win games three, four or five years from now if he gains valuable experience this year.

McCown won’t be of much use to the Browns in that time frame. Robert Griffin III might not, either.