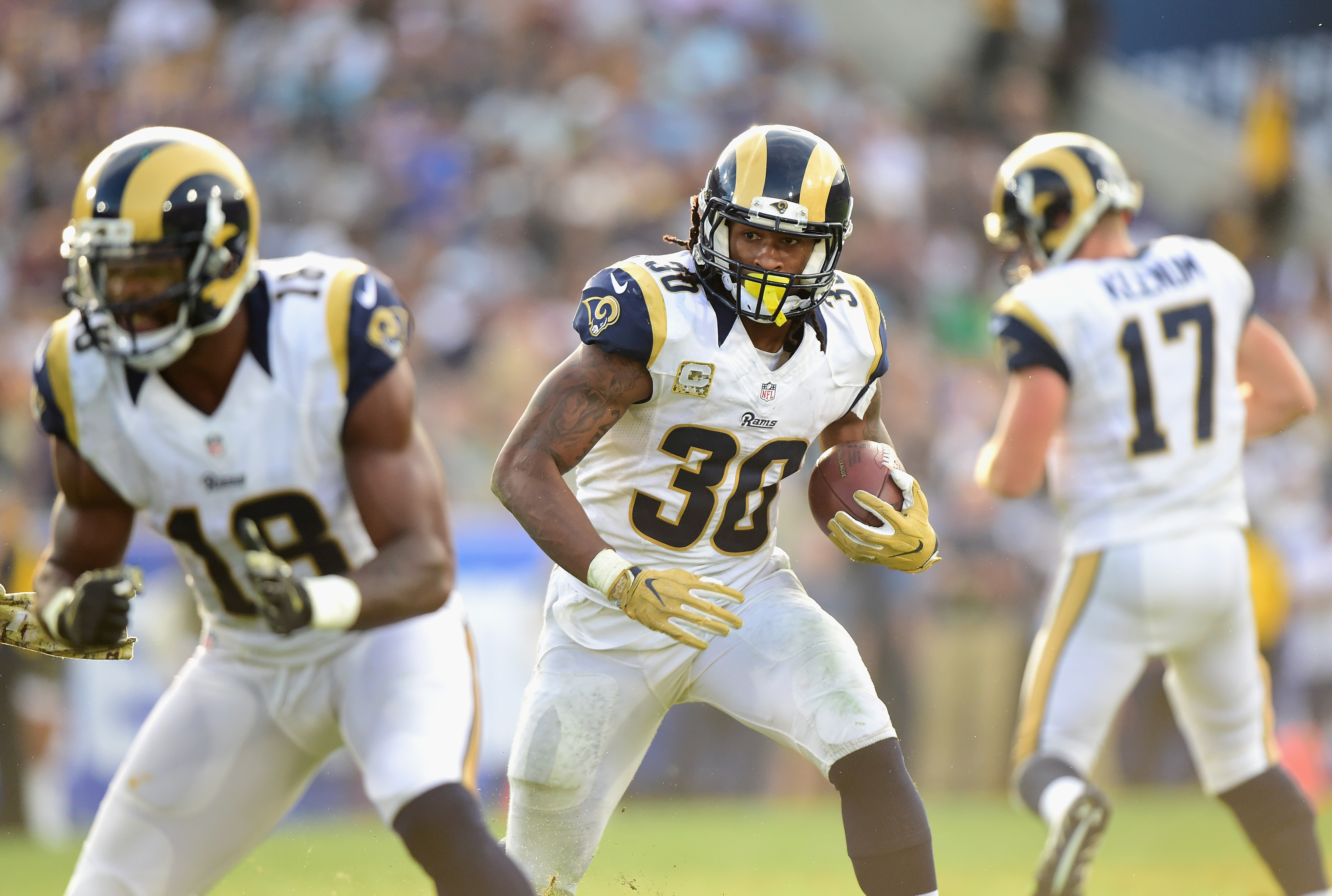 Los Angeles Rams coach Jeff Fisher is not satisfied with the amount of carries Todd Gurley is getting lately. The second-year running back has run the ball just 41 times in the Rams’ last three games, all losses. Meanwhile, quarterback Case Keenum has attempted 131 passes.

“Todd’s not getting enough carries,” Fisher told reporters on Monday, according to ESPN.com’s Alden Gonzalez. “Our passing numbers were skewed.”

Gurley, who had just 12 carries in a 13-10 loss against the Carolina Panthers on Sunday, hasn’t exceeded 15 carries in any of the last three games.

Fisher said Gurley’s carries “need to get up in the 20s.”

“His touches and his numbers need to increase significantly,” Fisher added. “That’s what we discussed, and what we’re working on right now offensively.”

“We’ve got to do a better job; we recognize that. Todd’s number of carries the last few weeks are not what we would like.”

After finishing third in rushing a year ago with 1,106 yards, Gurley is on pace for just 902 yards, and he is averaging a mere 3.1 yards per carry through eight games.