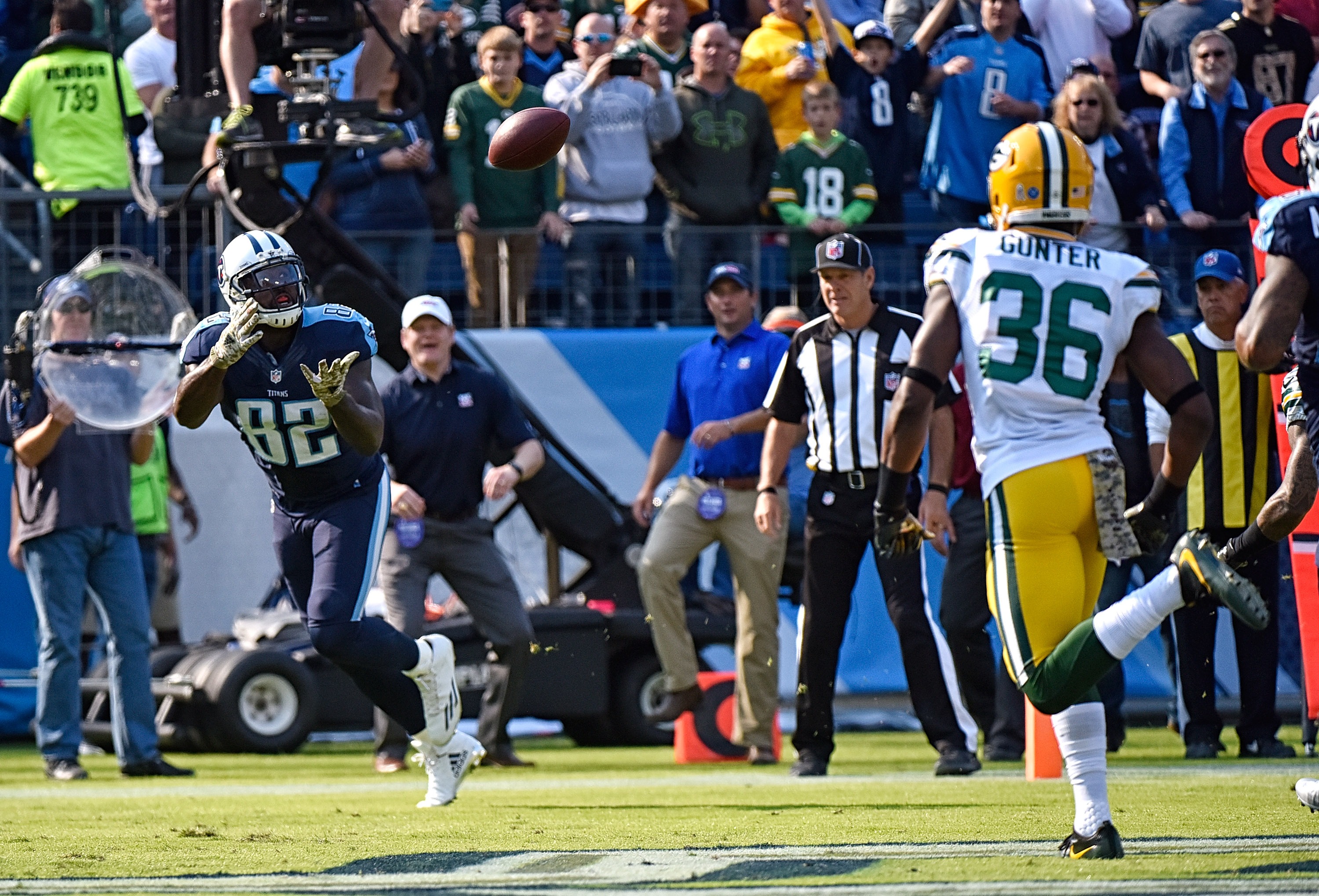 According to Paul Kuharsky of ESPN, Walker used the “disrespect” as fuel for his 124-yard performance during the Titans’ 47-25 win over the Green Bay Packers on Sunday.

“I was a little upset,” Walker said. “I read an article that was out there that was saying me, Kendall Wright and Rishard Matthews were trash and that we only had DeMarco Murray and Marcus Mariota. I take that as disrespect, it’s like you smiled at my face and talked behind my back, so I was kind of upset.”

Walker, Wright and Matthews all caught touchdown passes from Mariota as the Titans hammered the Packers at Nissan Stadium.

McGinn, a veteran reporter with contacts all over the league, publishes a scouting report for the Packers’ opponent every week. Most, if not all, of his opinions come straight from scouts and executives in the NFL.

His contacts didn’t have good things to say about the Titans offensive players.

“They’re lacking skill on the perimeter,” one scout said.

The same scout said Matthews is probably a “No. 3” receiver, while also stating he wasn’t a “big fan” of Wright.

Walker, Matthews and Wright combined for 14 catches, 195 yards and three touchdowns against the Packers.

A simple game preview didn’t provide the difference on Sunday, but never doubt a team fighting for respect. The rest of the league now knows how good Walker and the Titans offense can be.