Jerry Jones' daughter won't allow him to be on Twitter 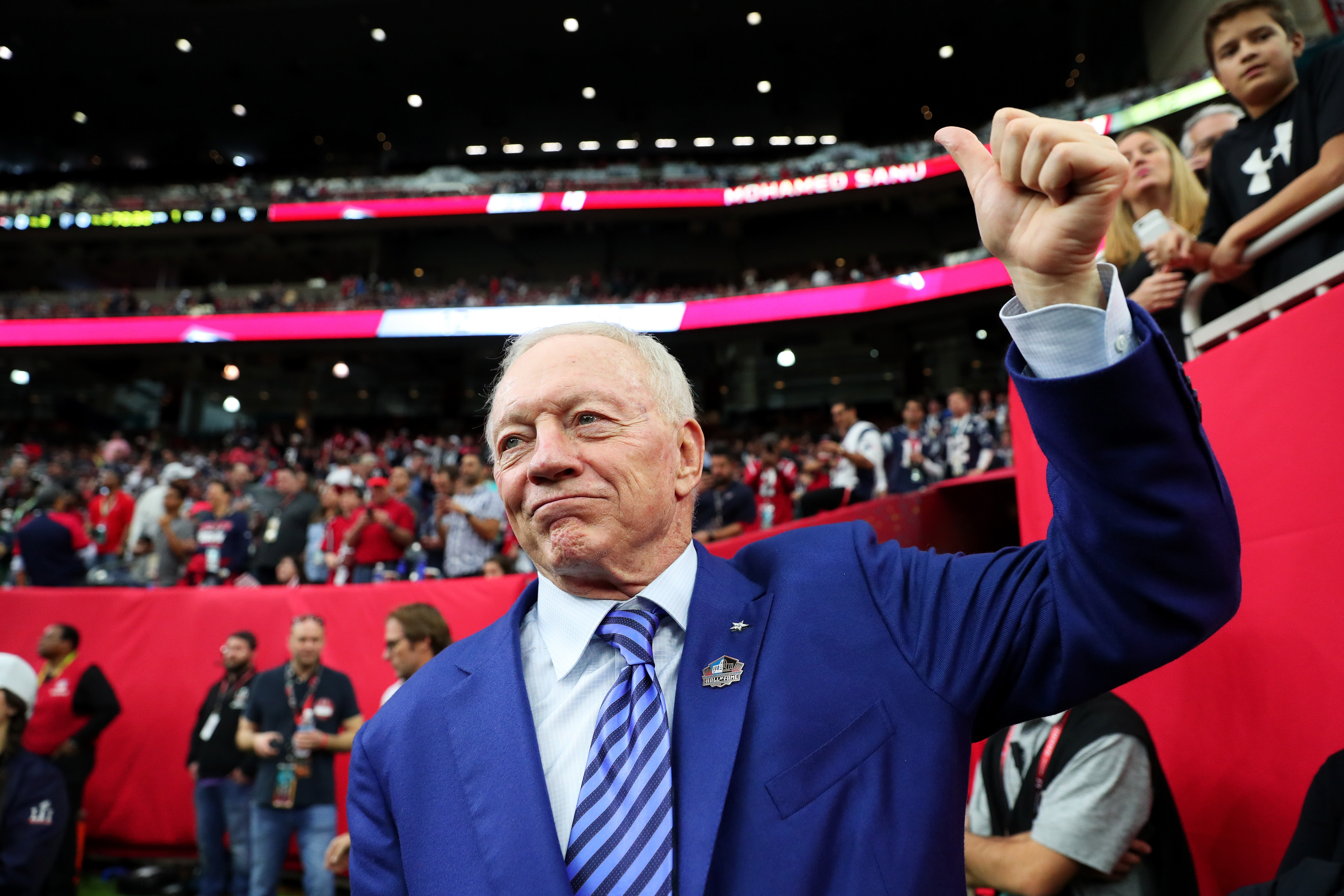 Jerry Jones' daughter won't allow him to be on Twitter

Charlotte Jones Anderson isn’t about to let boys be boys in the family that owns the Cowboys.

Jones Anderson is the daughter of owner Jerry Jones and the Cowboys’ executive vice president and chief brand officer. She won’t let her father or her brother, Cowboys vice president Stephen Jones, participate in social media.

While Jones Anderson uses social media to perform her job in the organization, she says it’s off-limits to her father and brother.

“I do not trust them to be on it,” she told the Dallas Morning News with a laugh. “I am in charge of the brand so I’ve gotta have just a mild bit of control. So it’s a good thing they don’t know how to do it so that I don’t have to worry about what I’m going to wake up to unlike the others that frequent our locker room.”

Jerry Jones does appear to have a Twitter account. However, assuming he’s the owner of that account, he’s tweeted only 12 times with the last one coming in 2011.

The general public doesn’t know Jerry Jones as well as his daughter does. But the Cowboys owner can be a little loose-lipped, so it’s probably a good idea to keep dad off Twitter.